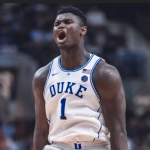 Zion Williamson is an American college Basketball Player, who plays for Duke University's Basketball team, Duke Blue Devils as their Small Forward/ Power Forward. He has played for other teams like Spartanburg Day Griffins during his high school.

He is projected to be the highest earning basketball player in 2019.

He is reported to be the 2nd heaviest player in NBA next season beside Boban Marjanovic.

Born in an athletic family, he learned basketball from his mother, at an early age. His father played professional football as a defensive lineman, while his mother was a pro sprinter. Later, he trained with his stepfather to improve his skills as a point guard.

Regarding his education, he attended Spartanburg Day School in North Carolina, where he played for his high school basketball team. He also received a football scholarship offer from Louisana State University, who wanted him to be a tight end, but he did not show interest. Later, he joins Duke University where he played the pre-season game for the Duke Blue Devils Men's Basketball Team.

Career and Achievements of Zion Williamson

Zion Williamson, in his high school career, held an average of 36.4 points and 11.4 rebounds. During high school, he was a 5-star recruit. On January 20, 2018, He committed to play for Duke University and played the pre-season game for the Duke Blue Devils Men's Basketball Team.

He is projected to be the first pick player in the upcoming 2019 NBA Draft. During his high school, in June 2016, he was a top performer at the National Basketball Players Association (NBPA) Top 100 camp.

As a senior, he averaged 36.4 points and 11.4 rebounds per game, winning his third state title. Williamson was selected to play in the McDonald's All-American Game and he also took part in the Nike Hoop Summit.

He committed to play basketball for Duke University's team Blue Devils over Clemson and South Carolina. At Duke, he joined R. J. Barrett and Cameron Reddish, the two best recruits, making it the first time a college signed the top-3 recruits in a class since modern recruiting rankings began.

Despite his heavyweight, he is known for his speed and stamina. NBA player Kevin Durant described him as a "once-in-a-generation type athlete". Basketball coach Roy Wiliams reportedly told Williamson that he is the best player since Michael Jordan.

During his high school, he drew national attention for his slam dunks. He is considered one of the best high school dunkers in history. NBA point guard John Wall likened Williamson's in-game dunking ability to that of Vince Carter. Another famous and highest paid basketball player Stephen Curry was also impressed with his dunking ability. 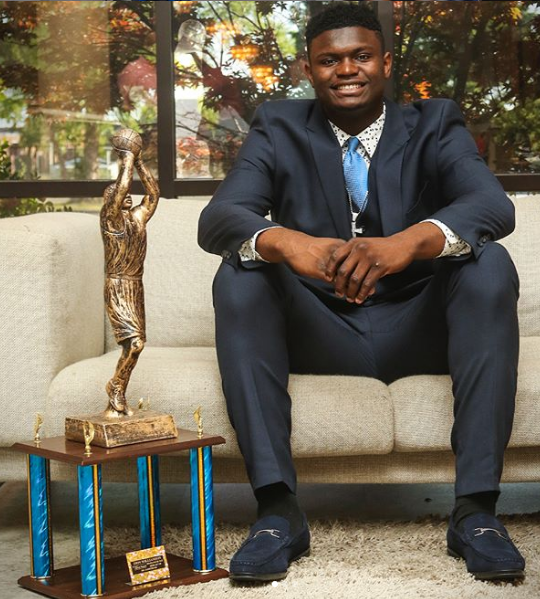 Net Worth of Zion Williamson

The Net Worth and Income of Frances Tiafoe is expected to continue to grow at a Strong pace. As he currently plays for the University team, his net worth is yet to be determined. Further, the player earns an average salary of $50,000 with Duke Blue Devils. 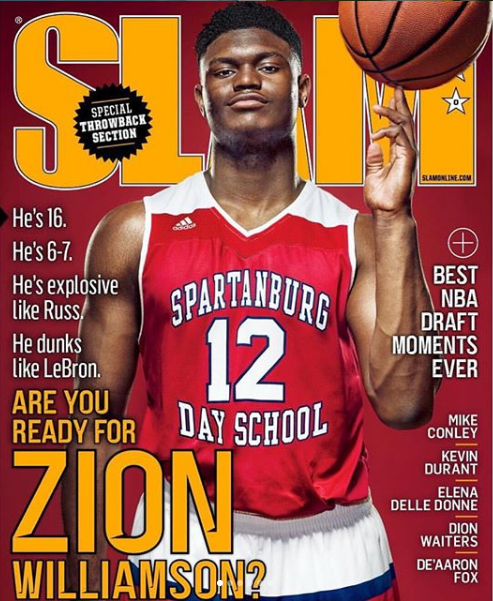 Regarding his relationship status, Zion Williamson is currently involved in a romantic relationship with his beautiful high school girlfriend Tiana White. There are no such rumors to split yet.

Zion Williamson has an athletic body build with an attractive personality. He stands 6 feet 8 inches tall and weighs 129 kg. Similarly, his chest size is 44 inches, his waist size is 32 inches and his hip size is 37 inches which make his body measurement 44-32-37 inches. He wears 11 shoe size and has 16.5 inches biceps size. Furthermore, he has pairs of black eyes and hair color.

Trivias About Zion Williamson You Need To Know.