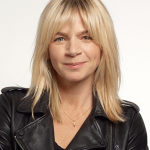 Zoe Louise Ball, professionally known as Zoe Ball is a British radio and television presenter. She was the first female host of both "Radio 1 Breakfast" and "The Radio 2 Breakfast Show" for the BBC, and presented the 1990s children's show "Live & Kicking". She was a contestant in the third series of "Strictly Come Dancing" and also hosted the "Strictly Come Dancing Live Tour" in 2011 and 2015. She was seen on "The Masked Dancer" in 2021. Moreover, Zoe is also active in social media as she has gained more than 644k followers on her Instagram account and over 396.1K followers on her Twitter account.

What Nationality is Zoe Ball?

Zoe Ball opened her eyes for the very first time on 23rd November 1970. She was born with her birth/real name Zoe Louise Ball. Her birthplace is in Blackpool, Lancashire, England and she grew up in Farnham Common, Buckinghamshire. She holds British nationality and she belongs to the British-White ethnicity. Her religious belief is Christian and her zodiac sign is Sagittarius. Thus, her race is white. As of 2021, she has celebrated her 51st birthday. She is the daughter of Johnny Ball (Father), who is a children's TV presenter, and Julia Anderson Ball (Mother). She was just two years old when her parents got divorced. Later, her father has remarried Dianne Ball (Stepmother). She has a brother named Jamie Clark.

Talking about Ball's education, she is well educated and she attended Heston Junior School from 1975 to 1978. Later, she transferred to Farnham Common First School and then went on to continue her schooling at Farnham Common Middle School. Moreover, She joined Holy Cross Convent School in Chalfont St Peter as well as she also attended the Amersham College of Art and Technology. Similarly, she studied the young Theatre at Beaconsfield where she trained as an actress.

What does Zoe Ball do for a living?

Who is Zoe Ball married to?

Zoe Ball was a married woman. Currently, she is in a relationship with her partner Michael Reed, who is a construction firm's boss. They started dating in 2017 and split up in 2019 but they reconciled with one another in January 2020 and have been together to date. She previously began a relationship with the DJ and musician Norman Cook (also known as Fatboy Slim). The pair married at Babington House in Somerset in August 1999. In 2003, the couple split up when Ball revealed that she had had an affair; they later reconciled. The couple has a son, Woody (born 2000), and a daughter, Nelly (born 2010). On 24th September 2016, they announced their separation after 18 years together and later divorced. Regarding Zoe's sexual orientation, she is straight. 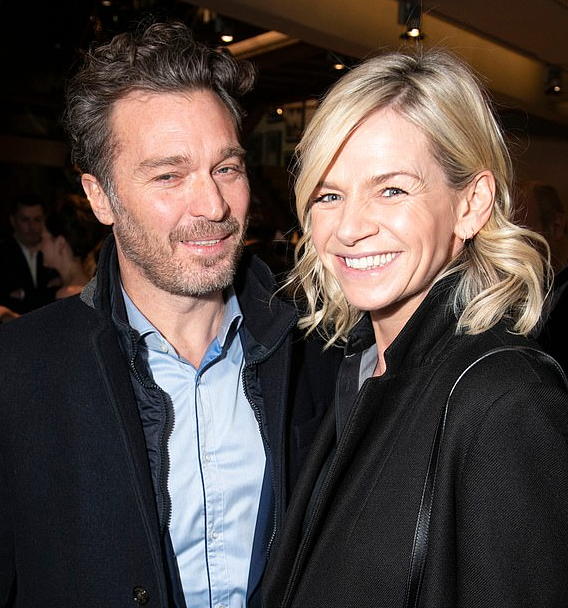 How much is Zoe Ball Net Worth?

Zoe Ball has a net worth of $5 million dollars as of 2022 whereas her exact amount of salary has not been disclosed yet. Her major sources of income come from her professional career as a TV presenter, host, & radio broadcaster. In 2019-2020, Zoe earns between £1360000 to £1364999 as a BBC presenter salary income. She has also promoted various commercial brands "Pepsi", "YBS", and "Mercury". As a charity worker, she took part in the 5-day cycling challenge "Hardest Ride Home" to raise money for the Sport Relief charity and mental health awareness in March 2018. She helped raised an astounding £1198012. In 2014, she supported Marks & Spencer and Oxfam's Love mum Campaign.

What is the Height of Zoe Ball?

Zoe Ball is a beautiful woman who stands at the height of 5ft 10inch or 1.78m tall. She has a slim body build with a perfect bodyweight of around 59Kg or 130 Ibs. Additionally, her hair color is blonde and her eyes color is hazel.

Trivias About Zoe Ball You Need To Know.