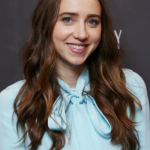 American actress, playwright, and screenwriter is named for Zoe Kazan. She made her theatrical film debut as the protagonist's love interest Samantha, in the romantic drama "Swordswallowers and Thin Men" directed by Max Borenstein in the year 2003. In the year 2007, she made her first TV show appearance as Izzy in "The Boy Next Door" episode of Medium. She made her Broadway debut in the play "The Prime of Miss Jean Brodie" in 2006. She also co-starred with Christopher Walken and Sam Rockwell in the Broadway production of "A Behanding in Spokane". She has written "Ruby Sparks" (2012) and "Wildlife" (2018) together with her partner, Paul Dano, who was also a director of this project. She received awards from the National Board of Review for Best Cast (It's Complicated) and Detroit Film Critics Society for Breakthrough Performance (Ruby Sparks). Her other films and TV series are "The Savages" (2007), "Revolutionary Road" (2008), and "It's Complicated" (2009), "Happy. Thank You. More. Please." (2010), "Meek's Cutoff" (2010), "What If" (2013), "Olive Kitteridge", "The Big Sick" (2017), and "The Ballad of Buster Scruggs" (2018). In 2020, she appeared in the HBO miniseries "The Plot Against America" and will next star in "Clickbait".

Four years after New York Times reporters Megan Twohey and Jodi Kantor broke the bombshell Harvey Weinstein sex scandal report, Hollywood is ready to tell the story of how these two reporters persevered to break this game-changing story. Universal Pictures is prepping She Said, a drama based on the New York Times bestseller She Said: Breaking the Sexual Harassment Story That Helped Ignite a Movement. Uni is in negotiations with Carey Mulligan and Zoe Kazan to star as Twohey and Kantor. The film is set to begin production this summer and will be directed by Unorthodox director Maria Schrader from a script by Oscar-winner Rebecca Lenkiewicz. The thrust of the film isn’t Weinstein or his scandal. This is about an all-women team of journalists who persevered through threats of litigation and intimidation, told in a procedural manner like Spotlight and All the President’s Men. Back in 2008, Mulligan and Kazan starred in Ian Rickson's Broadway production of 'The Seagull". 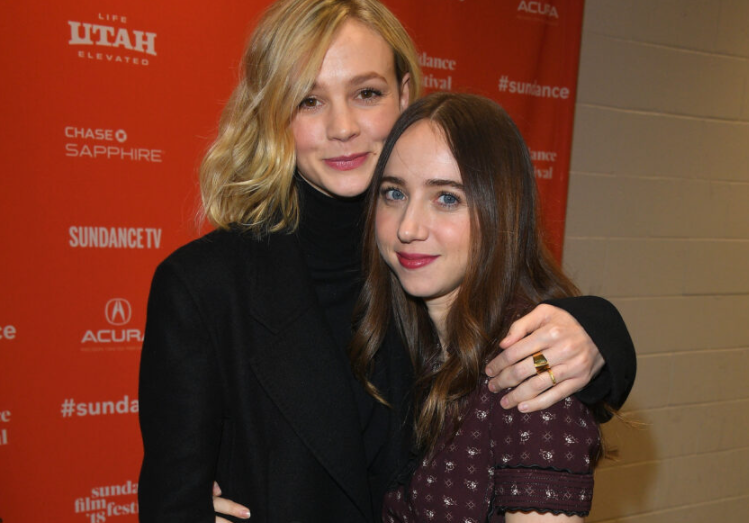 Who are the Parents of Zoe Kazan?

Born with the real name of Zoe Swicord Kazan, her birth date is 9th December 1983 in Los Angeles, California, the USA which is her place of birth. Her present age is 37 as of 2020. She holds American nationality and she came from a mixed ethnic background. She is of Greek, English, and German descent. Her zodiac sign is Virgo and her religion is Christian. Zoe is the daughter of screenwriters Nicholas Kazan (father) and Robin Swicord (mother). Her father was nominated for the Academy Award for the Best Adapted Screenplay for the film Reversal of Fortune in 1990, and her mother has also been nominated for Academy Award (Best Adapted Screenplay) and Golden Globe Award (Best Screenplay) for The Curious Case of Benjamin Button (2008). Her paternal grandparents were film and theatre director Elia Kazan and playwright Molly Kazan (née Thacher). Her family's original surname was Kazantzoglou. She also has a sibling; a sister named Maya Kazan.

Concerning his education, Zoe attended the private Wildwood School, Windward School, and also at the Marlborough School. She was a member of the Manuscript Society. In 2005, she graduated from Yale University with a bachelor's degree in theater.

How was the Career of Zoe Kazan? 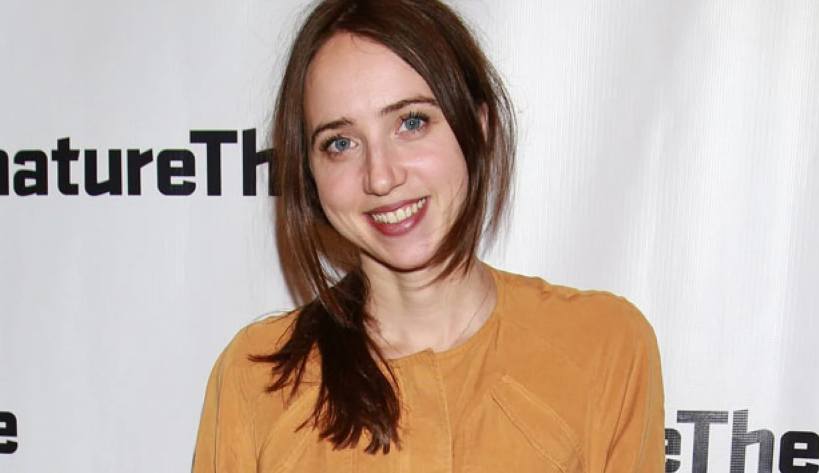 Who is Zoe Kazan Boyfriend?

Unmarried lady, Zoe Kazan is currently in a relationship with her boyfriend, Paul Dano since 2007. By profession, Paul Dano is an American actor, director, screenwriter, producer, and musician. Dano started his career on Broadway before making his film debut in The Newcomers. The duo is also blessed with a daughter named Alma Bay, born in August 2018. As of now, the couple is enjoying their present life happily without any kind of disturbances. Kazan was once asked why she was not married to Paul, she answered that they were not so religious and that it was not the most important about their relationship. Zoe met Paul when they appeared together in Jonathan Marc Sherman’s play Things We Want, directed by Ethan Hawke in New York in 2007. They share an apartment in Brooklyn, New York. Her sexual orientation is straight. 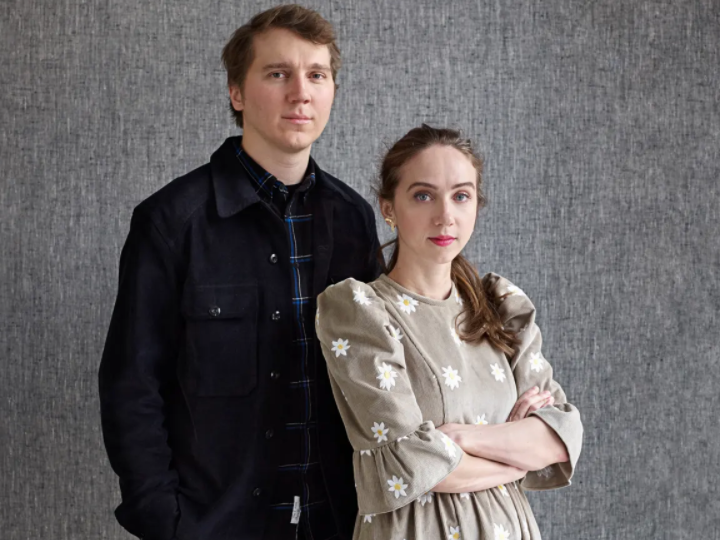 How much is Zoe Kazan Net Worth?

Multi-talented, Zoe Kazan is an actress, screenwriter, and playwright. As of 2021, the net worth of Zoe Kazan is estimated to have $3 million. Her major source of wealth comes from her acting both in films and on stage. She hasn't done endorsement work for any brand yet. Her exact salary has not been revealed yet. As of now, she is living a luxurious lifestyle from her earnings.

How tall is Zoe Kazan?

Beautiful actress, Zoe Kazan stands tall at the height of 5 ft 5 in. Her body type is slim. She has a bodyweight of 54 Kg or 119 lbs. She has a dark brown hair color and she often tends to dye her hair 'blonde'. She has very bright blue eyes. Her other body measurements have not been disclosed yet. At the age of 18, she suffered from anorexia.Her breast size is 32 in, waist size is 23 in and her hip size is 33 in. Her shoe size is 10 and her bra cup size is A.

Trivias About Zoe Kazan You Need To Know.