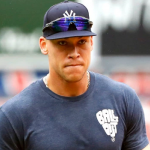 An American professional baseball outfielder for the New York Yankees of Major League Baseball is named as Aaron James Judge. He was unanimously selected as the American League (AL) Rookie of the Year in 2017 and finished second, behind Jose Altuve, for AL Most Valuable Player. He was selected by the Yankees in the first round of the 2013 MLB draft. He was named an All-Star and won the Home Run Derby, becoming the first rookie to do so. He won the American League (AL) Rookie of the Month Awards for April, May, June, and September, as well as the AL's Player of the Month Award for June and September. Aaron plays the game by wearing shirt number of 99. His playing position of the Right fielder. His bat's position and throwing position both is Right.

Regardless of rivalry, this Red Sox fan was still thrilled to catch Aaron Judge's home run. The Yankees got off to a fast start against David Price and the Red Sox in Game 2 of the ALDS on Saturday night. It shouldn't shock anyone that their first run on the board came off the bat of their intimidating young slugger, Aaron Judge. Aaron Judge proving once again he’s the Yankees’ biggest force. The Yankees have other large humans on their team - Dellin Betances, CC Sabathia, Giancarlo Stanton, Luke Voit. But no one towers over the team like Judge.

Aaron was born on 26th April 1992. He was born and raised in Linden, California and was adopted the day after he was born by Patty and Wayne Judge. The career of his parents were teachers. His parents told him that he was adopted when he was 10. He has an older brother, John, who was also adopted. After his parents told him about his adoption, Aaron was completely fine with it. His parents have supported him immensely in his baseball career. It was his parent’s idea that he chose college over a deal to join the MLB. His ethnicity is bi-racial. His religion is Christian.

Talking about his education, he attended Linden High School and enrolled at California State University, Fresno. Aaron set the school record for touchdowns and attracted attention from many colleges.

Aaron stands 6 feet 7 inches (2.01 m) tall and weighs 282 pounds (128 kg), which makes him one of the biggest players in the major leagues. He is known for hitting long home runs. He has got a very attractive body with a charming face and smile attracting a lot of followers towards him. He is among the tallest players in the major league and coupled with his weight of 282 pounds, Judge is not only tall but big. He sure knows how to use his body stats to his advantage judging from his carer stats. When he started at center field in a March 31st, 2018 game Judge’s size mean he was the tallest and heaviest baseball player in baseball history to play at the position. 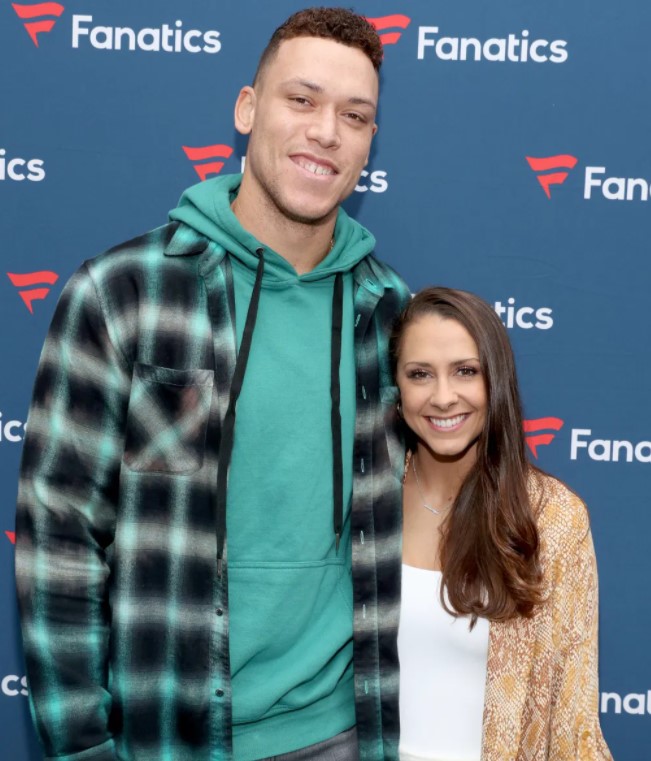 Everything To Know About Samantha Bracksieck

Aaron is not married yet but he is in a relationship. He has been in a number of romantic relationships that have come to the attention of the media. Currently, he is in a relationship with his girlfriend, Jen Flaum. The first time they were spotted together in public was during the US Open in September 2017. Their relationship seemed to be winding stronger as they were yet again spotted going on a date in Nobu restaurant in New York. At the time, Flaum who is a diehard Yankees fan had just graduated from the University of Michigan. He is living a happy and peaceful life with his girlfriend. There is no any sign of separation between them.

Net Worth of Aaron

The net worth of this famous baseball player is surely in million. His net worth is $10 million as of 2018. He is earning a considerable amount of money. He is very successful with his love life as well as career life. His salary is not revealed yet and will be updated soon. His main source of income is from his career i.e playing basketball.

Trivias About Aaron Judge You Need To Know.