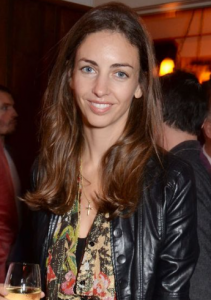 The 38-year-old, Rose Hanbury is a British former model, political consultant, and researcher by profession who is famous for being the wife of David Cholmondeley, the 7th Marquess of Cholmondeley. She was previously represented by Storm Models. She has worked for a variety of businesses as a model. She became popular when she released a [...]

Who is John Bishop deaf son Joe Bishop? What is Life After ...

Comedian, actor, and former footballer, John Bishop is back on ITV. John Bishop will debut a new documentary series "Life After Deaf" which is about deaf awaren [...]

Gwyneth Powell and Alan Leith had been happily married for over 40 years and lived together in Hurstpierpoint, West Sussex.Alan Leith is a married man to his be [...]

The real world and reality TV shows are something that people want to know more about or you say more concerned about. Talking about reality shows and not inclu [...]

How to Write a Letter to a Celebrity? ...

Writing a letter to your favorite celebrity is a way to express gratitude and appreciation for their great contributions to the arts. It's up to you whether you [...]

Laura Hooper is currently in the news after she appeared as Cassie in the movie "Love in the Villa". Written and directed by Mark Steven Johnson, Love in the Vi [...]

The best 5 Netflix series to watch about college life ...

13 Reasons Why13 Reasons Why is a film adaptation of the novel by Jay Asher, but who would have thought that it would turn out to be so high-quality and even re [...]

Who is AI Rapper? Everything to know about FN Meka ...

FN Meka is an AI rapper and recording artist who is given the appearance of a black male cyborg. He is well recognized for his hit songs including "Moonwalkin", [...]

Eirianedd Munro is a Welsh self-employed artist by job who posts her beautiful artwork on her Instagram account (@eirimunro) which has more than 33K followers w [...]

Patrick G. Jackson is an expert in pancreatic surgery, surgical oncology, and minimally invasive surgery and is famous for being Ketanji Brown Jackson's husband [...]

Who is Rose Hanbury? Prince William affair with Rose Hanbu ...

The 38-year-old, Rose Hanbury is a British former model, political consultant, and researcher by profession who is famous for being the wife of David Cholmondel [...]

Who is Constance Nunes? 5 things to know about Car Masters ...

Constance Nunes is an American model and a popular reality TV personality. She is widely known for playing her leading role in the Netflix series Car Masters: R [...]