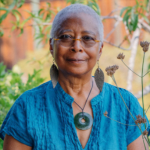 Alice Walker is an American novelist, short story writer, poet, and social activist who is best known as the author of the critically acclaimed novel, "The Color Purple" which depicts the story of a black woman who struggles against not just the racist white culture but also the patriarchal black culture. Her novel touched the heart of millions of people thus making her the first African-American woman to win the Pulitzer Prize for Fiction.

Walker has written seventeen novels and short story collections, twelve nonfiction books, and collections of essays and poetry during the span of her career. 40 years after the release of her hit novel, "The Color Purple", Walker is being a highlight of the shows after her newly released book, 'Gathering Blossoms Under Fire'. In April 2022, in her interview, the host, Gayle King failed to ask Walker about her anti-Semitic beliefs and lizard illumination for which Gayle is being blasted on social media.

What is Alice Walker known for?

Where was Alice Walker born?

Alice Walker was born on February 9, 1944, in Eatonton, Georgia, United States. Her birth name is Alice Malsenior Walker. Her nationality is American. Walker belongs to the African-American ethnicity while Aquarius is her zodiac sign.

Born as the youngest of eight children to her parents; Willie Lee Walker(father) and Minnie Lou Tallulah Grant(mother), Alice grew up in a society full of discrimination where the children of black sharecroppers were expected to work in the fields at a young age.

Her mother, Minnie despite being poor worked hard to ensure her children received a good upbringing and education. She worked as a maid to earn money and enrolled her youngest daughter, Alice in school at the of 4.

Alice was always keen and interested in writing and education so she started writing at age of 8. She graduated from Butler Baker High School as the valedictorian of her class, later she joined Spelman College in Atlanta winning a scholarship in 1961.

She later transferred to Sarah Lawrence College, graduating in 1965. She became interested in the U.S. civil rights movement and soon became an activist in her own right.

She wrote her first volume of poetry, "Once" in 1968 while still in college. Besides, Walker was shot in the right eye with a BB pellet when she was eight years old while playing with her two brothers. She felt self-conscious about the whitish scar tissue that had grown in her injured eye. Walker retreated from the world after the tragedy in a significant way.

Alice Walker has been married just once throughout her life to date. Her first husband was Melvyn Rosenman Leventhal, a Jewish civil rights lawyer, with whom she met in 1965, way before she released her first novel. They fell in love and got married on March 17, 1967, in New York City. Later that year the couple relocated to Jackson, Mississippi, breaking the stereotype, Alice and Melvyn became the first legally married interracial couple in Mississippi.

It however wasn't easy for them as they were harassed and threatened by whites, including the Ku Klux Klan which made their life even harder in those situations. Four years later they welcomed their first and only child, a daughter, Rebecca Walker in 1969. Rebecca is also an American writer, feminist, and activist Walker has been regarded as one of the prominent voices of Third Wave Feminism, and the coiner of the term "third wave".  The couple however got divorced in 1976 after 9 years of their marriage. Soon later, Alice moved to northern California.

Walker also revealed that she was in a romantic relationship with singer-songwriter Tracy Chapman in the mid-1990s, however, he has not publicly commented on the existence of a relationship.

How much does Alice Walker make?

Alice Walker has quite good earnings from her strong profession as a novelist, short story writer, poet, and social activist. Having her first novel released in 1970, Walker hasn't looked behind making history and inspiring millions of women around the world. Her novels and poems which have been in the top class have earned her millions of dollars. She has a net worth estimated to be around $6 million.

How tall is Alice Walker?

Alice Walker is a beautiful strong lady in her late 70s. She stands tall with a height of 5ft. 7inch(1.70m) while her body weighs around 65kg. She has distinctive looks with her gray deadlock hair and blue eyes with which she has set another history in the field of fashion as well.

Trivias About Alice Walker You Need To Know.