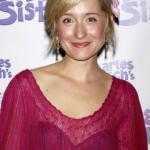 Allison Christin Mach popularly known as Allison Mack is an American former actress. She is known for her roles as Chloe Sullivan on the WB/CW series, Smallville and as Amanda on the FX series, Wilfred. She has won Teen Choice Award for Best Sidekick in a TV Series twice in 2006 and 2007. She was arrested on 20 April 2018 by FBI on sex trafficking, sex trafficking conspiracy, and forced labor conspiracy charges in relation to her role in the NXIVM organization. She pleaded guilty to racketeering charges in April 2019. She is awaiting sentencing in September 2019. She has over 98.8k followers on her Instagram.

A popular American actress from Smallville, Allison Mack pleaded guilty to racketeering and racketeering conspiracy charges related to suspected sex cult NXIVM. She appeared in Brooklyn court on Monday admitting recruiting women by telling them they were joining a female mentorship group. She is one of six people facing criminal charges as part of an investigation into NXIVM. She said, "I must take full responsibility for conduct". She is currently awaiting sentencing in September 2019. Earlier, Raniere appeared in court to plead not guilty to child pornography charges related to the case.

Who is Founder of NXIVM and charged with sex trafficking along with Allison Mack?

What is Allison Mack Famous For?

Where was Allison Mack born?

Allison was born on 29 July 1982. Her birth name is Allison Christin Mack. She was born to a father, Jonathan Mack, and a mother, Mindy Mack. She belongs to White ethnicity. Her birth place is Preetz, West Germany. She holds American nationality. Her zodiac sign is Leo. She follows Christianity. Her parents were in Germany where her father was performing. She was born there. She has two siblings, a brother, Shannon, and a sister, Robyn.

She started her acting career at the age of 4. She appeared in commercials for "German Chocolate".

She then went into modeling for a short period.

She started studying at Young Actors Space in Los Angeles at the age of 7.

She made her television debut in the 1989 TV film, I Know My First Name Is Steven.

She made her film debut in a minor role in the 1989 comedy crime film, Police Academy 6: City Under Siege.

She made her television series debut in a minor role in the 1990 Shangri-La Plaza.

Her first major television role was an episode of the WB series, 7th Heaven.

She appeared in the recurring role as Kate Jacobs in 2000 comedy-drama series, Opposite Sex.

She landed the major role as Chloe Sullivan in DC series, Smallville. She appeared in the series between 2001 and 2011.

She is also known for her recurring role as Amanda in comedy series, Wilfred between 2012 and 2014.

She has appeared in Empty Nest, Evening Shade, Sweet Justice, Hiller and Diller, Providence, Kate Brasher, The Nightmare Room, The Batman, The Following, and American Odyssey, among others.

She has also appeared in television films, Switched at Birth, Living a Lie, The Perfect Bride, A Private Matter, A Message from Holly, A Mother's Revenge, Dad, the Angel & Me, Stolen Memories: Secrets from the Rose Garden, The Care and Handling of Roses, Unlikely Angel, Kate Brasher.

She directed a few episodes of Smallville between 2009 and 2010.

She has appeared in short films, Alice & Huck, Frog, Purgatory, and Blink.

She has voice roles in films, The Ant Bully, and Superman/Batman: Public Enemies.

Legal Issues and Association with NXIVM

She was reported to have been recruited to the Vancouver chapter of the multi-level marketing NXIVM in 2010, along with her Smallville co-star Kristin Kreuk. The advocates of NXIVM portrayed the company focused on inspirational executive coaching. The detractors accused the founder Keith Raniere of running "a cult-like program aimed at breaking down his subjects psychologically".

Sarah Edmondson, former NXIVM member stated in a 2017 New York Times expose and a 2018 A&E special on cults that Mack recruited her into an enclave withing Jness, "DOS", and that she had been branded in an initiation ceremony at Mack's house under Mack's supervision. Investigative reporter Frank reported in June 2017 that Mack's initials were branded on women's pubic regions.

She was arrested on 20 April 2018 in Brooklyn by FBI. She was charged with sex trafficking, sex trafficking conspiracy, and forced labor conspiracy. Mack is said to be second-in-command of NXIVM after Raniere. She recruited women to join the organization, used tactics such as blackmail to force them into engaging in sexual activity with Raniere against their will and enslave them to do menial tasks, according to prosecutors.

She was released on 24 April 2018 on $5 million bonds and held under house arrest under the custody of her parents in California. She was charged with recruiting women into "DOS" or "The Vow", a sex cult propagated by NXIVM that presented itself as a women's self-help group. Journalist Elizabeth Vargas stated in May 2018 that Mack is negotiating a plea deal. It was revealed in March 2019 that Mack and the other defendants in the case are in "active plea negotiations" as Raniere appeared in court to plead not guilty to child pornography charges related to the case.

Who is Allison Mack Married To?

Allison Mack is a married woman. Though she dated male actors in the past, she later married Canadian actress Nicki Clyne. Her sexual orientation is gay. The couple got married in 2017. There is no other personal information regarding her personal life. She lives in Los Angeles, California.

What are Allison Mack's Body Measurements?

What is Allison Mack's Net Worth?

Allison Mack is a former actress. She has worked in numerous television series and films. Later she joined NXIVM. For which, she was later arrested and she was charged with recruiting women into "DOS" or "The Vow", a sex cult propagated by NXIVM that presented itself as a women's self-help group. Her net worth is estimated at $2 million.