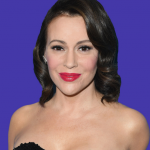 Alyssa Milano is an American actress, producer, former singer, and activist from New York City. She rose to fame after appearing in "Who’s the Boss?", followed by Melrose Place and Charmed. She is also the three-time winner of the Blimp Award and Young Artist Awards for her role in Who’s the Boss? She also appeared in the Netflix series Wet Hot American Summer: 10 Years Later and Insatiable. As an activist, Milano is known for her role in the MeToo movement in October 2017. Her debut film "Old Enough", a drama film was released in 1984, in which she played the role of Diane.

What is Alyssa Milano Famous For?

Who are Alyssa Milano's Parents?

Alyssa Milano was born on 19th December 1972 with the birth name of Alyssa Jayne Milano. She was born in New York, the U.S. Her birth sign is Sagittarius. She was born to Thomas Milano and Lin Milano, her parents. She also has a brother named Cory Milano. Her ethnicity is White. Her father is a music editor and her mother is a fashion designer. She was raised Roman Catholic. . Her present age is 49 as she celebrated her recent birthday on December 19, 2021. She attended the Buckley School in Sherman Oaks, Los Angeles, CA, United States. 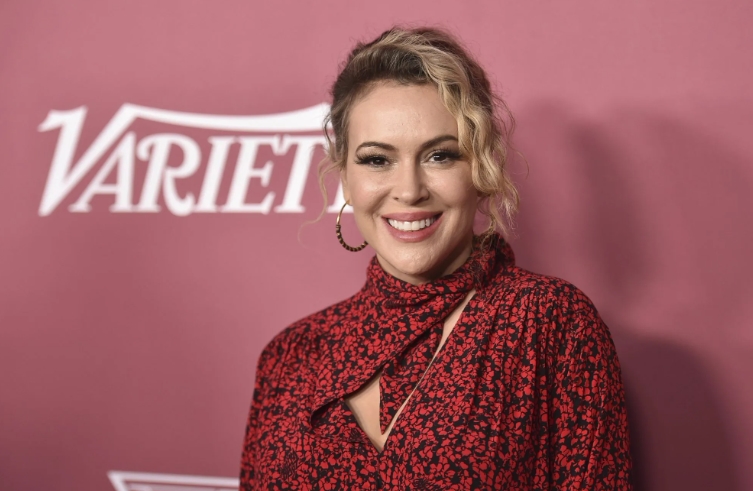 How did Alyssa Milano start her career?

Who is Alyssa Milano's Husband?

Alyssa Milano is a married woman and has been married twice at the time of writing. She tied the knot to her second husband, Dave Bugliari on 15th August 2009. The couple is also blessed with two children named Milo Thomas Bugliari and Elizabella Dylan Bugliari. The couple is living a happy life together and there is no sign of separation between them. Her first marriage was with singer Cinjun Tate in the year 1999 and later got separated on 20th November 1999. The pair divorced on December 1, 1999. 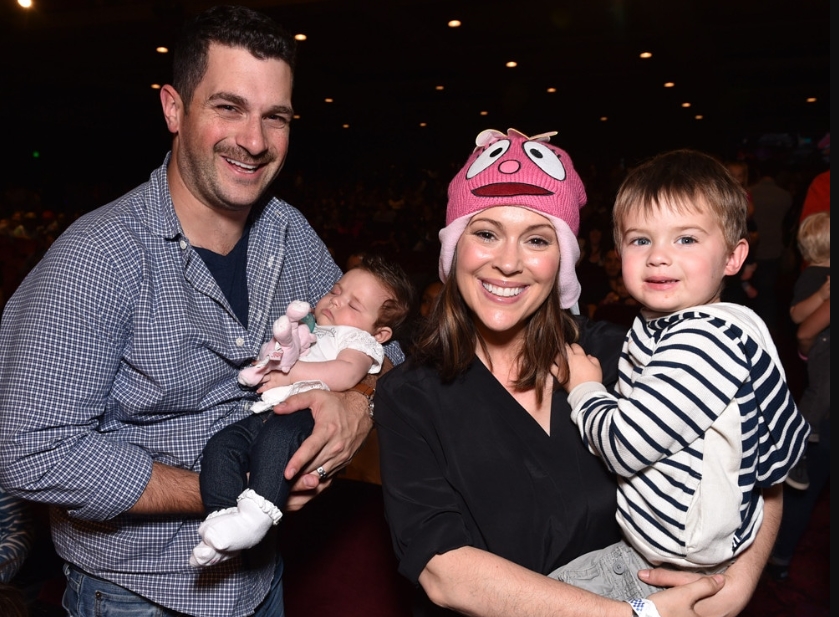 Besides this, Milano has dated many celebrities in her life. Some include Corey Haim, Wayne, McBean, Eric Nies, David Arquette, and many more. She was also engaged once with actor Scott Wolf but they broke off their engagement the following year. She later revealed in August 2019 that she had undergone two abortions while in a relationship with Wolf.

How much is Alyssa Milano's Net Worth?

Alyssa Milano is an American actress, producer, and singer. The net worth of this multi-talented woman will be surely in the millions throughout her multiple careers. Being a famous actress, she earns a massive amount of money from her profession. As of 2022, the actress has a net worth of $10 million. She is earning a good amount of money from her work. She is living a lavish lifestyle from her career earnings. She has not disclosed the exact figure of her salary but there is no doubt in the mind of her followers that she is making her salary is in millions of dollars from her work.

Back in 2015, Milano sold her condominium in West Hollywood and moved to Bell Canyon, California, where she owns the land and has nine horses, eight chickens, two rabbits, and five dogs. She has appeared in television commercials for Wen, Candies, Veet, Hi-C, and Atkins diet. She was a spokesmodel for Sheer Cover cosmetics.

How tall is Alyssa Milano?

Alyssa Milano is a beautiful actress who has got an attractive body. She looks very beautiful with her athletic body build. Milano stands 157 cm tall with a balanced weight of 51 Kg. She has a balanced and healthy body. With her charming face and smile, she gained a lot of followers towards her. Her hair color is Dark Brown and her eye color is also Dark Brown. Her sexual orientation is Straight. Her body measurement is 37-24-33 in. Her dress size is 6 (US). Her bra size is 34C and her shoe size is 6 (US). She goes to the gym in the morning for a sweaty workout session. She has also inked tattoos on her shoulder, ankle, and wrist.

Trivias About Alyssa Milano You Need To Know.