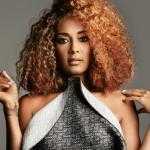 Amanda Seales is an American comedian, actress, DJ, recording artist, and radio personality. She became popular by the stage name Amanda Diva. She has earned fame pursuing her solo career and was also a touring member of the musical group, Floetry.

She attended Dr. Phillips High School. She graduated from a public college, SUNY-Purchase in New York. She then acquired her master's degree in African-American studies with a concentration in Hip Hop from Columbia University.

She first made her film debut in a minor role in the 1993 movie, Cop and a Half.

She has then appeared in the minor role in Freedomland.

In 1994, she first appeared on the television on the Nickelodeon sitcom, My Brother and Me.

In 2002, she appeared on Russell Simmons' Def Poetry Jam.

In 2016, she appeared in a recurring role as Tiffany DuBois on the HBO series, Insecure.

She started hosting her own show, Greatest Ever on truTV in the same year.

In 2007, she became the member of the musical group, Floetry on tour with Marsha Ambrosius, after she replaced Natalie Stewart.

She released Spandex, Rhymes & Soul in March 2009 and Madame Monochrome in April 2011.

She has also released her mixtapes, Foreplay in June 2008, and Technicolor Lover in May 2012.

She also pursued her career as a stand-up comedian.

She is also the host of weekly podcast Small Doses.

In 2018, she completed her first Smart, Funny, and Black tour.

She teamed up with Truth in 2010 to start an anti-smoking campaign.

Amanda Seales is reportedly single. She might be keeping her affairs secret. No rumors regarding her affairs have come to limelight. Previously, she dated American songwriter, Kerry Brothers.

She is a close friend with Tiffany Haddish.

As of 2019, her net worth is estimated at around $4 million. She earns most of her income from multiple profession in the entertainment industry. She is also the CEO of her production house, DivaWorks Inc.

Trivias About Amanda Seales You Need To Know.