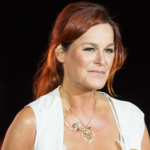 Andrea Ferber, famous as Andre Berg, is a German Schlager singer who is best known for her studio album "Schwerelos" which she released in 2010. The album charted no.1 in German and Austria. Throughout her career, she has published 17 albums. She is one of Germany's best-selling musicians, having sold over 10 million CDs throughout her career.

What is Andrea Berg famous for?

Where was Andrea Berg born?

Andrea Berg was born on 28 January 1966 in Krefeld, Germany. Her birth name is Andrea Zellen. She holds German nationality. Her ethnicity is White while Aquarius is her zodiac sign.

She was raised in her hometown, Krefeld. She had a passion for singing since she was a youngster, and she frequently participated in school programs and at carnivals.

She subsequently joined a band and worked on stage set-up as well as driving the band's van backstage. She also worked as a nurse in the intensive care and oncology departments of a hospital for her living. Eugen Romer, a producer, approached her in 1992 after getting a tape containing her tracks. Following this, she recorded her debut album.

Who is Andrea Berg's husband?

Andrea Berg is a married woman. She is currently married to her husband, Ulrich Ferber. Ferber is a  sports agent, hotelier, and SG Sonnenhof Großaspach co-founder. The couple tied the knot in 2007. The couple is living together in Aspach, Germany.

Previously, she was married to Schlager singer, Olaf Henning. The couple got married in 2002 and later got divorced in 2004. They together had a daughter, Lena-Marie, born in 1998. Also, she loves to wear miniskirts, suspenders, and knee-highs. The literary and melodic unpredictability of Berg's songs, which nearly always follow a basic 1-2-1-2 dancing beat, are frequently criticized by reviewers.

How much is Andrea Berg worth?

Andrea Berg has earned a good amount of money from her profession as a singer. Having started her career in 1992, Andre has come a long way becoming one of the top Schlager singers. She has recorded several songs and albums and has amassed a sizable fortune. She also earns additional income from her endorsement deals. Andrea has a net worth of $5 million as of 2022, based on all of her earnings.

How tall is Andrea Berg?

Andrea Berg is a beautiful woman with a well-maintained athletic body physique in her mid-50s. She has a fair complexion with dark brown hair and a pair of light brown eyes. She stands tall with a height of 5ft 6inches(1.68m) and has a body weight of 62kg(137 lbs). Her body measurement is 34-25-35 inches. Her bra cup size is 38B.

Trivias About Andrea Berg You Need To Know.