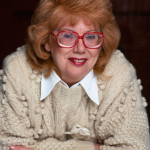 Anna Karen was a famed actress as a model who was widely known for her appearance as Olive Rudge in the ITV sitcom On the Buses from 1969 to 1973 including its film spin-offs and stage version and Aunt Sal in the BBC soap opera EastEnders on a recurring basis from 1996 to 2017. She also reprised the role of Olive Rudge in The Rag Trade from 1977 to 1978, while her film roles included parts in two Carry On films: Carry On Camping (1969) and Carry On Loving (1970). She made her debut in the movie "Nudist Memories" in 1961. Sadly, she dies at 85 due to a house fire at her home in East London.

Anna Karen leaves most of her £420,000 estate to EastEnders co-star Sophie Lawrence

"On The Buses" star, Anna Karen reportedly left the majority of her fortune to her former "EastEnders" co-star Sophie Lawrence, following her death in 2022. It’s been revealed that over £420,000 of her estate was left for her close friend Sophie Lawrence, 50, who played Diane Butcher in EastEnders between 1988 and 1991. According to probate records seen by the MailOnline, Anna will leave 65 percent of her net estate to Lawrence after payment of funeral and legal costs, inheritance tax, and a £1,500 legacy to another friend. Anna’s will reportedly leave a further fifth of the residuary of her estate to her stepdaughter Gloria Gill, the daughter of her actor husband Terry Duggan, who died in 2008. Another eighth was left to four other friends or relatives and the final 2.5 percent was left to the Actors' Benevolent Fund.

Everything To Know About Sophie Lawrence

What was Anna Karen Famous For?

How did Anna Karen die?

On 22 February 2022, after 22:30 GMT, the London Fire Brigade responded to a fire at Karen's home, where she was pronounced dead at the scene. She was 85 at the time of her death. Her death caused is house fire at her home. The cause of the fire is currently under investigation, though the Metropolitan Police said it did not appear to be suspicious.  Her funeral took place on 18th March 2022 at Golders Green Crematorium and was attended by many of her co-stars, including John Altman, Jamie Borthwick, Peter Dean, Linda Lusardi, Kate Williams, and Vicki Michelle. A London Fire Brigade spokesperson confirmed: “Sadly, a woman has died following a house fire on Windsor Road in Ilford." Her family friend told, “We are absolutely horrified at the news about Anna.”

Her East London home went up in flames in February in a horror blaze that neighbors believe was started by a cigarette after she fell asleep while smoking. "She was apparently in bed at the time of the fire. It’s thought she fell asleep with a cigarette,” a source told.

Back in January 2016, she had a fall at her home in Ilford and broke her back, leaving her sofa-bound for eight weeks to recover.

What was Anna Karen's Nationality? 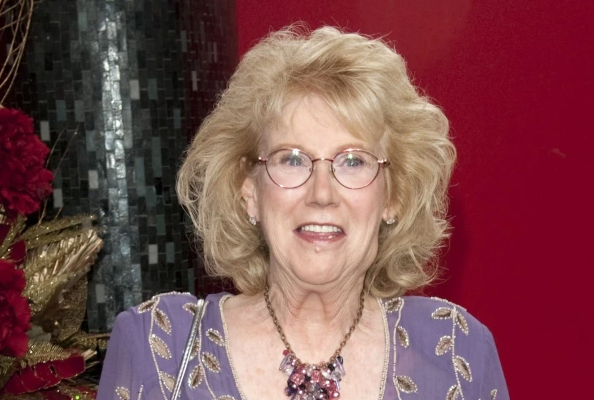 Who was Anna Karen married to?

Anna Karen was a married woman. She tied the knot with her husband, Richard Smart (ex) in 1957. With Richard, she lived in Italy for several years while he trained to be an opera singer; however, the pair divorced and Karen returned to England. After that, she was married to actor/comedian Terry Duggan from 1967 until his death in 2008. She then lived in Ilford, East London. She had no children of her own whereas she brought up Gloria, Duggan's daughter from his first marriage. She was single at the time of her death. Her sexual orientation was straight.

How much was Anna Karen's Net Worth?

Anna Karen was a successful and very talented actress who had appeared in several movies and TV shows. Her main source of wealth comes from the entertainment industry. The net worth of Anna is estimated to have $17 Million as of 2022. She was making her salary in thousands of dollars from her profession. Prior to her demise, she was living a lavish lifestyle.

How tall was Anna Karen?

Anna Karen was a beautiful actress with a standing height of 5 feet 4 inches. Her exact body weight and her other body size have not been disclosed yet. Her body type was slim. Her hair color was grey and her eye color was green. She had a pretty smile.

Trivias About Anna Karen You Need To Know.