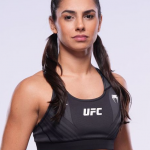 Ariane Lipski is a Brazilian mixed martial artist who is a former KSW Women's Flyweight Champion and currently competes in the flyweight division of the Ultimate Fighting Championship (UFC). She is nicknamed Queen of Violence. She started training Muay Thai at a young age and became the Brazilian Muay Thai champion prior to her transition to MMA. She fought most of her early MMA career primary in Brazil and Poland, notable under Konfrontacja Sztuk Walki promotion. Her UFC debut was aganst Joanne Calderwood at UFC Fight Night: Cejudo vs. Dillashaw which she lost. Regarding her MMA career, she has fought 22 matches out of which she won 14 and lost 8 fights. Her recent fight was against Priscila Cachoeira which she lost via TKO (punches) on 13th August 2022.

Priscila Cachoeira made quick work of Ariane Lipski with a jaw-dropping performance at UFC San Diego on Saturday (13th August). In a battle of Brazilians, Cachoeira started throwing bombs as soon as the fight started and she relished the opportunity to unleash her power punches once it was clear Lipski was willing to stand and trade with her. A short left hand rattled Lipski initially and a right hand behind it dropped her to the canvas, which spelled the beginning of the end with the referee stopping the fight at just 1:05 in the opening round. “Fighting with a crowd is always nicer,” Cachoeira said. “We fight to put on a show for you guys. It’s the power of my team. You can keep doubting me. I keep coming back.”

What is Ariane Lipski Famous For?

Where is Ariane Lipski From?

Ariane Lipski was born in Curitiba, Brazil on 26th January 1994. Her nationality is Brazilian and she belongs to mixed ethnicity as she has Polish heritage. Her present age is 28 as of 2022. Her grandfather migrated to Brazil before the Second World War for security reasons. She began training Muay Thai at a young age and became the Brazilian Muay Thai champion prior to her transition to MMA. She has not disclosed any details about her family, siblings, and education. She has kept it hidden.

Who is Ariane Lipski's Boyfriend?

Ariane Lipski is currently in a relationship and she is dating her handsome boyfriend, Renato Silva. Renato is a former MMA athlete but as of present is focused more on being a coach. The couple resides in Florida. The duo is enjoying their life a lot and their bond is going strong with the passage of time. Silva is also a father to a son, Renan, born, on October 11, 2014. Though it's not confirmed if Lipski is his biological mother. Ariane's sexual orientation is straight. 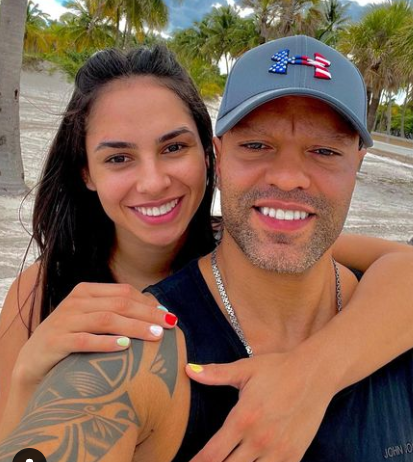 What is Ariane Lipski's Net Worth?

Ariane Lipski is an MMA fighter whose net worth is estimated to have $2 Million as of 2022. She made this fortune from her career as a mixed martial artist. Since her Ultimate Fighting debut, she reportedly has been grossing over $25,000 per fight. Lipski, being a UFC member has been receiving Reebok's sponsorship gains for some time. That's usually $3,500 - $5,000 per fight. She has endorsed companies like Fusion CBD Products and the MuscleMeds Carnivor. Her salary is in thousands of dollars at present and she has made her career earning above $300K till now. Her main source of wealth comes from her fighting career.

How tall is Ariane Lipski?