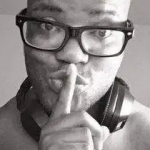 An American IT Specialist, US Army Veteran, Salesman Model as well as an Author is named for Ayoola Ajayi. He has revealed that he worked for Goldman Sachets in the IT department as an IT specialist. He also served as an Information Technology Specialist in the U.S. Army. He also worked for Microsoft/Unisys as an IT specialist in 2007. He was employed at Dell as a technical support analyst from September 2018 to the present. He also wrote a book related to criminal stories 'Forged Identity'. He is famous in the news for MacKenzie Lueck's Murder.

The man accused of murdering a 23-year-old University of Utah student was charged Tuesday with 19 unrelated counts of sexual exploitation of a minor after police examined his computer and found pornographic images of children. Police seized 31-year-old Ayoola Ajayi’s computer June 26 during an investigation into the death of MacKenzie Lueck. On July 2, a forensic lab began analyzing its contents and found multiple images of children engaged in sex acts, according to charging documents, filed Tuesday in 3rd District Court. The charges describe 19 photos in graphic detail and five times mentions children posing on a “floral mattress." Salt Lake County District Attorney Sim Gill said as of now the charges encompass only someone possessing child pornography, but that his team is still investigating and will use federal resources to determine when the images were made, who made them and to possibly identify the children. “I just want to commend the hard work of both our investigative partners and our attorneys who will continue to work this case very thoroughly,” Gill said. “This continues to be an ongoing investigation.” Ajayi was previously charged with aggravated murder, aggravated kidnapping, obstruction of justice and abuse or desecration of a human body in connection with Lueck’s slaying.

Who is MacKenzie Lueck? How she disappeared?

MacKenzie Lueck was a Utah University student who has been missing since June 17th following a Lyft ride from Salt Lake City International Airport. On June 20th, Lueck’s family reported that she had gone missing. Her desecrated body was found dead on Thursday, June 27th. Salt Lake City Police Chief Mike Brown announced Friday, June 28th that man, 31-year-old Ayoola Ajayi has been charged with aggravated murder, aggravated kidnapping and desecration of a body. Police were called the case a missing person investigation and had to balance Lueck’s privacy with the concern about her vanishing without a trace. Salt Lake City Police was assisted by federal authorities and dedicated several detectives to finding Lueck. They spent days searching the area around Hatch Park in North Salk Lake, where she was last seen, talking to friends and using warrants to obtain other information, while scouring her social media profiles.

Ayoola Ajayi arrested & Charged with the death of MacKenzie Lueck

Ayoola Ajayi is now accused in the disappearance and murder of 23-year-old University of Utah student MacKenzie Lueck. The California woman was last seen on June 17 after taking an early morning Lyft ride from the Salt Lake City airport to a park in North Salt Lake, where she met someone in another vehicle, according to police.

In the year 1988, Ayoola Ajayi was born in Salt Lake City, the USA. His nationality is American and his ethnicity is Mixed of Afro-American. His religion is Christian. He attended Utah State University where he completed his degree in Computer Science. No more information regarding his parents, siblings and more has been revealed yet. As of 2019, he celebrated his 31st birthday.

Ayoola is a very handsome person who wears a glass which makes him even more attractive. He has a tall height of 6 ft 1 in or 1.86 m with the perfect body weight of 104 Kg. His biceps size is 16 in and his exact body measurement is 46-45-35 in. His shoe size is 10 US. His eye color and hair color both are black. Overall, he has got a healthy body with a charming smile on his face attracting a lot of people towards him.

Ayoola Ajayi was a married person. He was married to Tenisha Jenkins in the year 2014 but the couple got separated after five years of their marriage in January 2019. As of today, he is living a single life happily without any disturbances. There is no information regarding his children. His sexual orientation is straight and he is not gay.

Net Worth of Ayoola

Ayoola Ajayi is earning a cool amount of money from his career and his net will be surely in millions. He is a very hardworking person and he has dedicated his time towards his career for the success for Goldman Sachets in the IT department. As of 2019, his net worth has not been disclosed by any sources but it will be added soon. As well as, his salary is still unknown. But we can say that he is satisfied with his earnings from the money he is earning right now.