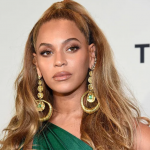 One of the American singer, songwriter, performer and actress is Beyoncé Giselle Knowles-Carter who is famous as Beyoncé. She has won 22 Grammy Awards. She is the most nominated woman in the award's history. Forbes ranked her as the most powerful female in entertainment on their 2015 and 2017 lists. In 2016 she occupied the sixth place for Time's Person of the Year.

Beyoncé’s full name is Beyoncé Giselle Knowles-Carter. She was born on 4 September 1981 at Houston, Texas, U.S. She was born to Mathew Knowles who was a Xerox sales manager and Celestine Knowles who is a hairdresser and salon owner. She has a sister named Solange Knowles. She attended St. Mary's Montessori School in Houston, where she enrolled in dance classes. She enrolled in Parker Elementary School. She attended the High School for Performing and Visual Arts and later Alief Elsik High School. She was also a member of the choir at St. John's United Methodist Church as a soloist for two years.

Beyoncé’s height is 1.69 m and weight is 62 kg. she has dark brown color eyes and blonde color hair. She has a balanced and healthy body. She was named "World's Most Beautiful Woman" by People and the "Hottest Female Singer of All Time" by Complex in 2012.

Beyoncé is a married woman. She married to Jay-Z on 4 April 2008. She suffered from the miscarriage around 2010 or 2011. Then on 7 January 2012, she gave birth to her first child named Blue Ivy Carter. Later on 13 June 2017, she gave birth to the twins named Rumi and Sir. She wrote about the pregnancy in the iconic September 2018 of Vogue

Beyonce’s net worth is estimated to be $355 million.