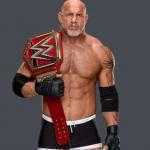 Bill Goldberg is a famous American professional wrestler, actor and formal football player who is currently signed to WWE. He is renowned in the world as Goldberg of WWE. He also acted in several movies and television shows such as "Universal Soldier: The Return" and "Family Guy".

What is Bill Goldberg famous for?

- Famous as an American professional wrestler mostly known for his time in "World Championship Wrestling". 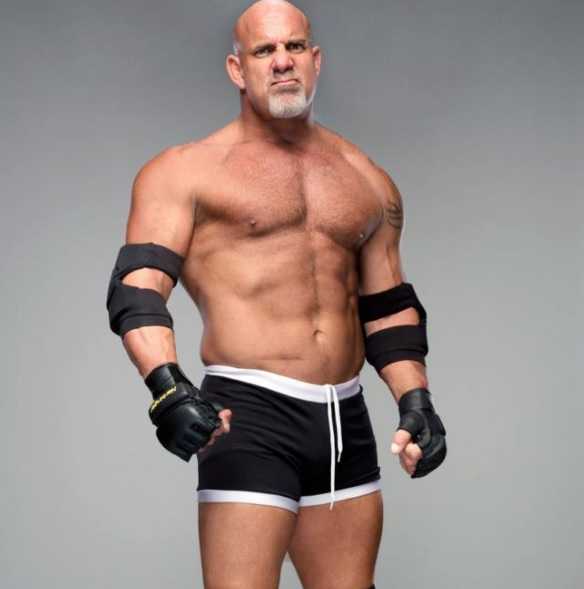 Where was Bill Goldberg born?

Bill Goldberg was born on 27th December 1966 in Tulsa, Oklahoma of the United States. His birth name is William Scott Goldberg. His nationality is American. His ethnicity is Jewish and religion is Judaism. Capricorn is his zodiac sign.

He was born to Jed Goldberg(father) and Ethel Goldberg(mother). His father was Obstetrician and Gynaecologist while his mother was Violonist. He has two elder brothers, Mike Goldberg and Steve Golberg. Barbara Goldberg is his sister.

His parents divorced later while his father died in 2006.

He was raised in his hometown. He did his schooling from Tulsa Edison High School. He graduated from Harvard University. Since, his childhood, he was interested in playing football and became a bouncer at the age of 16.

How is Bill Goldberg's career?

-Goldberg started his career in football as he got a scholarship to play for Georgia Bulldogs football team where he played as a defender.

-He played football for the Los Angels Rams and Atlanta Falcons from 1990 to 1994. He left the club, Falcons and was selected by the Carolina Panthers in 1995 but he didn't play a game with this team and became the 1st player to have been cut by the Panthers.

-He ended his football career as he tore his lower abdomen off his pelvis and didn't obtain the level of Achievement that he desired.

-He saw wrestling as an alternative to his football career and made five appearances in the WCW power plant in which he won four matches, losing only one match.

-In the year 1997, he debuted in an episode of Nitro, defeating Hugh Morrus and then he began to get quick victories in the range of 1-2 minutes.

-Around this time, WCW began counting Goldberg's consecutive wins on television as he continued to climb up the ranks. His win over Saturn was his 74th consecutive without a loss, and the next night on Nitro he got his 1st wrestling championship after defeating Raven, the reigning United States champion.

He defended his title successfully against different wrestlers.

-After he recovered his arm injury in 2002, he went to Japan and joined All Japan Pro Wrestling(AJPW) and defeated different wrestlers and his success in Japan led him to the WWF-now renamed WWE.

-He signed a contract with WWE in 2003 and debuted himself in the episode of Raw by performing a spear on a wrestler, "The Rock".He also defeated Christian the following week on Raw.

-He became the World Heavyweight Champion after defeating Triple-H. He lost his title to Triple-H after reigning it for 89 days. He won the WWE championship of Brock Lesnar in the match where Steve Austin was the Guest Referee.

-In 2015, he made his return to Legends of Wrestling show at New York. He came to the aid of Rob Van Dam after a spear to Steiner.

-In 2017, Lesnar was WWE champion and challenged Goldberg for that title on the line. Goldberg accepted Lesnar's challenge and in survivor series, he defeated Lesnar in 1 minute and twenty-six seconds and became the WWE champion.

-He was able to defend the title against Owens but couldn't defend it against Brock Lesnar in The Wrestlemania-33.

-WWE announced that his opponent would be The Undertaker at the now-named WWE Super ShowDown event in 7th June 2019.

How is Bill Goldberg's personal life?

What is the net worth of Bill Goldberg?

The 52 aged, Goldberg has an estimated net worth of $15 million. Goldberg has his earnings from his wrestling career as it was notified that his early contract with WWE was about $1 million.

Further, his mansion in California is worth $2.5 million.

How tall is Bill Goldberg?

The wrestler and actor, Goldberg has a well-maintained body figure. She stands tall with a height of 6ft 4inches(1.93m) and has a body weight of 127kg(280lbs). His body measurements of 50-38-20 inches. His hair is bald and eyes are blues.