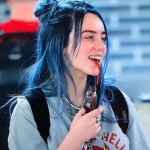 One of such teenagers who rose to fame is Billie Eilish. From a tender age, Eilish gained huge popularity in her music life and is still going strong in her career. In this section, we will talk about Billie Eilish’s wiki-bio including her dating rumors, net worth, career, and much more. So, scroll down for more information.

How did Billie Eilish get famous?

Billie Eilish‘s new single ‘Wish You Were Gay‘ might prompt some questions about the story behind the track’s striking title and lyrics, but the rising star has already spoken about the deeper meaning behind the track. On her Instagram story in July last year, Eilish spoke directly to fans about the real-life events that inspired the track, along with an acoustic snippet of the then-unreleased music.

“I wrote this song about a guy that really was not interested in me and it made me feel horrible, so the song is called ‘Wish You Were Gay’,” she says in the video.

The song’s chorus includes the lyrics: “To spare my pride / To give your lack of interest an explanation / I’m not your type / Maybe I’m not your preferred gender orientation”. She clarifies in the 2018 video: “And that’s so not meant to be offensive in any way. It doesn’t mean that I wish he was like… it literally means I wish he was gay so that he didn’t like me for an actual reason, instead of the fact that he didn’t like me.”

Eilish continues to say that the boy in question did, in fact, come out as gay. “And guess what? He just came out to me like a couple of weeks ago. So I wrote the song and made him fuck a dude. I’m fucking proud, bro! Except not really though because I was really into him, like so into him, he’s so hot oh my God, he’s so attractive.”

The finished version of ‘Wish You Were Gay’ was released on March 4th. Her debut album ‘When We Fall Asleep, Where Do We Go?’ is due on March 29. Meanwhile, Eilish recently discussed how her experiences with crippling night terrors had shaped the sound of her debut album.

Where did Billie Eilish come from?

Billie Eilish born as Billie Eilish Pirate Baird O’Connell in Los Angeles, California, U.S. Her star sign is Sagittarius. As per her nationality, she is an American having a mixed (English, Irish, Scottish, Belgian) ethnic background.

Eilish was raised in Highland Park, Los Angeles by a family of musicians and actors. Both of her parents are actress-musician-screenwriter Patrick O’Connell and Maggie Baird.

Talking about her education, Eilish was homeschooled and enrolled the Los Angeles Children’s Chorus at age eight. Later three years, she began singing and writing her own songs. In fact, she was taught by her older brother Finneas O’Connell who was already producing as well as writing and performing his own songs with his band.

Who Is Billie Eilish Dating?

Billie’s love life is full of confusion. She never mentioned having a boyfriend and yet tweets about dating. On this year’s Valentine’s Day (2018), she wished to her fans. Moreover, she said to continue breaking hearts. Here is another tweet of her:

Well, her tweet hints to us about her dating perception. She is not in a relationship right now not because of being out of interest. We can see her flirting and fooling boys. However, she is maintaining her focus on building a career rather than starting an affair.

What is Billie Eilish Net Worth? 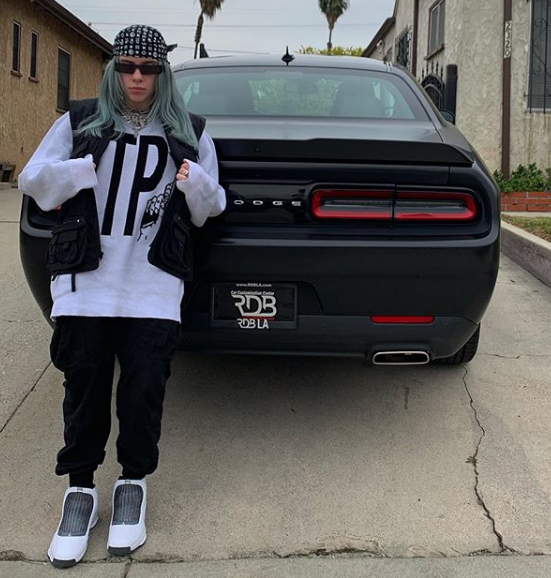 Eilish summons the majority part of her net worth through the music industry. Her single Lovely, with Khalid, garnered 59,000 Shazam tags, 7,000 downloads sold as well as 2.1 million U.S. streams in May 2018.

Apart, Billie owns a self-titled YouTube channel where she has over 2.7 million subscribers. Moreover, from the channel, she approximately makes $5.1K - $81.7K per month and $61.3K - $980.5K annually as salary.

Professionally active in the music industry since 2015, Elish has accumulated huge net worth.  Billie has an estimated net worth of $150,000 as per the bio-wikis. However, Billie Eilish has not revealed the exact figure of her net worth. But looking at her successful career, her net worth is assumed to be no less than the seven-digit figure.

Billie is decently tall possessing a height of 5 feet 5 inches and weighs about 61 kilos. Her skin is white toned, has naturally dark brown hair and blue eyes. Observing her body statistics, it measures 34-27-35 inches. Furthermore, she used to wear the 33B size of bra and 7 (US) size of shoe.