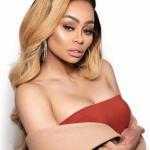 Angela Renee White, popularly known as Blac Chyna is an American model and entrepreneur. Initially, she began to work as a stripper in Maryland while studying and later dropped out of college to focus on stripping and pursue a modeling career. She has her own make-up brand, Blac Chyna, launched in 2014. She also has a beauty salon in Encino, Los Angeles.

The American model has over 15 million followers on Instagram.

Police authorities were called as Blac Chyna's Hawaii vacation did not go well with her BF, Kid Buu

Blac Chyna's Hawaiian holiday turned out messy, as police authorities got involved in her violent fight with boyfriend, Kid Buu. The couple was spending their good time at a hotel at the Ritz-Carlton in Honolulu. At some point, they started arguing. Chyna accused Kid Buu of cheating on her. The heated argument then turned into a violent one.
Someone called 911 about the incident. Responding to the 911 call, police and paramedics arrived on the scene. There were no serious injuries to either of them. Thus, they were not referred into the hospital. They were also not taken into custody. The police authorities have classified the incident as an abuse of a household member.

Blac Chyna was born on 11 May 1988. Her birth name is Angela Renee White. She was born to a father, Eric Holland, and a mother, Shalana Hunter. She belongs to African-American ancestry.  Her birthplace is in Washington, District of Columbia in the United States. She holds American nationality. Her zodiac sign is Taurus. She follows Christianity. She has 6 siblings, a brother, Eric, and sisters, Dejah, Shanel, Summer, Erica, and Pierre.

She attended Henry E. Lackey High School in Maryland. After graduating from high school, she attended Johnson & Wales University in Miami. She used to work as a stripper to pay for college tuition fees. But, she dropped out of college soon as she often used to fell asleep in class and could not attend classes properly.

She later attended JLS Professional Make Up Artist School, where she graduated in 2013. 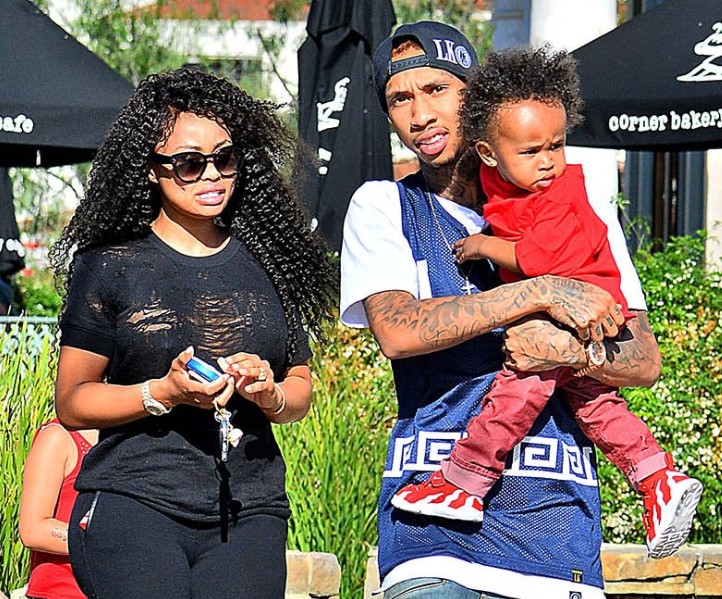 Everything to know about Tyga

She was first linked with American rapper, Tyga. They started their affairs in around 2011. Three years later, they ended their relationship in 2014, after Tyga reportedly started dating Kylie Jenner. Kylie and Chyna feuded with each other over social media.

She then dated Kylie Jenner's half-brother, Rob Kardashian, a popular tv personality and businessman. They started affairs in early 2016. Rob announced their split via his Instagram in December 2016. A few days later, they worked out their relationship. Later, they ended their relationship in February 2017. After the breakup, in July 2017, Rob went on to social media to share sexually explicit photos of Blac Chyna. Chyna then obtained a temporary restraining order against Rob.

The American model stands at a height of 1.57 m i.e. 5 feet and 2 inches tall. She has a body weight of 137 lbs i.e. 62 kg. She has voluptuous body build. Her body measurements are 38-27-43 inches. She has large butts, thick eyebrows, and plump lips. She wears a bra of size 32F. She has brown eyes and her hair color is black. She usually dyes her hair with different colors. She wears a dress of size 10 (US) and shoes of size 8 (US).

The American model earned popularity while she was a stripper. Her popularity received her several modeling offers. She also has her own clothing line, make-up brand, and a beauty salon. As of 2019, her net worth is estimated at around $4 million.