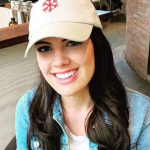 Bre Payton was a writer and political commentator based out of Washington D.C. She was a Staff Writer for The Federalist who covers culture and millennial politics.

Conservative writer at The Federalist and Fox News Guest Bre Payton dies at 26 because of H1N1 flu is also known as swine flu and meningitis.

The 26-year-old, Bre Payton was born in California, United States. Her mother is Cindy Payton and father is George Payton. She was one of five children of her parents. In fact, She has two super cute sisters Cheekie and Christina Payton. Similarly, she has two living brothers are James and Jack Payton. She held American nationality and was a part of white ethnicity. Her zodiac sign was Gemini. She was known to be one of the best journalists in the Washington DC.

Moving towards her education, she received her primary education through homeschooling. In fact, she attended the Western Christian High School for the Diploma in the Satellite Management. After that, she worked as a freelance writer. Payton’s gets the chance to study Journalism in the Citrus Community College at Upland, California. Later on, she went to Virginia’s Patrick Henry College. At that time, Bra continues to build her portfolio as the writer for the “World Magazine“

Talking about her career, she started working in Citrus College Clarion as a features editor. After that, she joined World Magazine as a freelance editor. Later, Payton worked at Patrick Henry College as a social media coordinator and then, interned in the National Journalism Center.

Apart from that, she served in different networks like CNN, MSNBC, NPR and magazines like World Magazine, The Daily Caller, and Washington Times. Starting from June 2015 to December 2018, she served for The Federalist as a staff writer.

Net Worth of Bre Payton

From her career, she made a good fortune and had a net worth of $ 200 Thousand. But her salary was not disclosed.

Bre Payton was in a love relationship with her boyfriend before death. Her boyfriend was Ryan Colby, who is an employee of a non-profit organization. Moreover, they together had served for 2nd Amendment.

The duo never came out in media frequently. Thus, there is no much information about her boyfriend. However, she used to upload pictures of her boyfriend frequently on her Instagram account. Before her death, Bre went on a date with her boyfriend on 16th December 2018, in Exiles Bar, D.C.

Bre Payton Cause of Death

On 27th December 2018 morning, she was found an unconscious state in her apartment by her friend Morgan and immediately called 911 and rushed her to San Diego Hospital. After many tests in the hospital, she was diagnosed with Swine Flu, which is also known as H1N1 Virus. In the last moments, she was struggling with life and passed away on 28th December 2018.

Before death, Bre Payton stood tall possessing a height of 5 feet 3 inches (1.6m) and weighed 54 kilos (117 lbs). Her hair was black and had a pair of dark brown eyes.