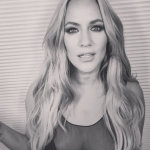 Caroline Flack was an English radio/television presenter, model, reality star and an actress. She is best famous for mostly presenting various ITV2 spin-off shows such as I'm a Celebrity...Get Me Out of Here! NOW! from 2009 until 2010 and The Xtra Factor from 2011 until 2013. Flack gained wide fame after she won the twelfth series of Strictly Come Dancing in 2014 and the following year began presenting the main series such as Love Island and The X Factor replacing long-standing presenter Dermot O'Leary. She has worked for channels like  Channel 4, E4,  BBC Two, the CBBC Channel,  Sky1, ITV2, and Heart Network.

What was Caroline Flack famous for?

Where was Caroline Flack born?

Caroline Flack was born in Enfield, London on 9 November 1979. Her birth name was Caroline Louise Flack. She was born to a father, Ian Flack, and a mother, Christine Flack. She is the youngest of four siblings. She has an elder brother, Paul, and 2 elder sisters, Jody, and Elizabeth. Elizabeth is her twin sister. Her nationality is British and belongs to White ethnicity. Her religion is Christianity and her zodiac is Scorpio.

Caroline's embarked on her television career from a minor role in the TV movie Is Harry on the Boat? in 2001.

She gained her break on television playing Bubbles on the sketch show Bo' Selecta in 2002.

Since then she presented numerous shows/programs for various radio and TV channels/networks.

In her starting phase, she presented the International Pepsi Chart Show and co-hosted other shows, The Games: Live at Trackside on E4, TMi and Escape from Scorpion Island on BBC Two and the CBBC Channel. In March 2007, Flack hosted the CBBC coverage of Comic Relief does Fame Academy and  Big Brother's Big Mouth shows in 2008. In July 2009, she filled in on the BBC's Sunday show Something for the Weekend.

The same year she began hosting the ITV2 reality show I'm a Celebrity... Get Me Out of Here NOW! and she again hosted the same show in 2010.

Flack won BBC Three's Dancing on Wheels with disabled partner James O'Shea and together the pair represented Great Britain in the 2009 Wheelchair Dancing European Championships in Tel Aviv, finishing 16th in their category.

Flack then went on becoming one of the talented, famous and regular presenters for ITV in the following years. She has presented and co-hosted several shows with ITV that include, The Whole 19 Yards(2010),2010 BRIT Awards, The Xtra Factor(eighth to the thirteenth series from 2011 - 2016),  Love Island(2015-2017) and some other game shows.

She competed and ultimately won the twelfth series of Strictly Come Dancing in 2014, where she partnered with a professional partner, Pasha Kovalev.

On 8 May 2016, Flack began co-presenting Sunday Morning Breakfast from 9 am to noon over the summer with Gethin Jones across the Heart Network.

She has authored an autobiography, Storm in a C Cup" in 2015.

She left Love Island in December 2019 following assault allegations towards her boyfriend.

She had been due to present a reality series about cosmetic surgery called The Surjury on Channel. However, the show was canceled following Flack's death in February 2020.

What is Caroline Flack Net worth?

Caroline was considered one of the top, talented and sexiest British TV presenters who had an estimated net worth is $8 million which she amassed from her TV and radio presenting profession. Caroline hosted several big shows like Love Island and X-factor so she has managed to pile up a vast fortune. Other than being a TV presenter, she has also worked as an actress, model and won a 2014's Strictly Come Dancing. Furthermore, Caroline Flack collaborated with the River Island clothing line which produces Black Polka dot playsuit and Midi Skirt that costs £46.00 and £32.00 respectively. She has also modeled for the lads' mag Maxim. Taking all of these into account it is acceptable to assume her current net worth. Moving on the details of her cars and houses are still under review.

Who was Caroline Flack married to? 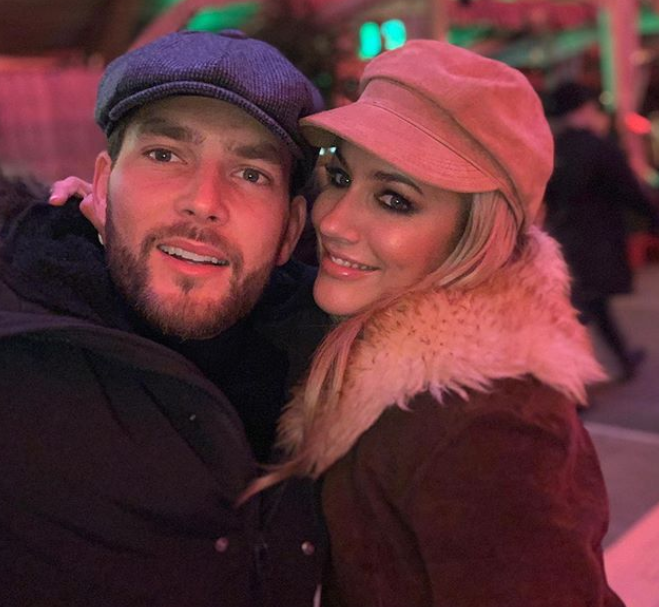 Caroline Flack dated several high profile personalities. She was reported to be dating Prince Harry in 2009. According to her autobiography, their brief relationship ended after the media reported on their relationship. She also dated One Direction member Harry Styles who is 14 years younger than her. She dated music manager Jack Street between 2014 and 2015. She dated and was briefly engaged to TV star Andrew Brady in 2018.

She then dated Lewis Burton in 2019. She was accused of assaulting her boyfriend in December 2019. The accusations led towards her exit from the tv show, Love Island. She denied the charges. She was due to go to the trial in March 2020. However, she committed suicide on 15 February 2020. She was found dead in her East London flat.

How tall was Caroline Flack?

Caroline Flack had an average woman's height of 5 foot 4 inches. Similarly, she weighed around 63 kg. Flak had sexy body physic that's why she came 5th in FHM's Sexiest Women in 2015 and did lads' mag Maxim modeling as well. The occasional actress had hair color dyed in golden brown and had hazel blue eye color. This hot figure measured 35-27-36 inches. Her bra size was 32C. Likewise, her dress size was 10 (US) and shoe size was 4 (US). Her sexual orientation was straight.