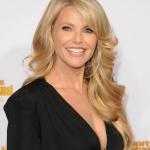 Christie Brinkley is an American model, actress, and businesswoman. She rose to prominence after she appeared in the Sports Illustrated Swimsuit Issues in the late 1970s. She was the face of CoverGirl for 25 years. She has signed contracts with major brands. She is considered as one of the most attractive women of all time. After gaining popularly as a model, she went on to work as an actress, illustrator, television personality, photographer, writer, and designer. She is also an activist for human and animal rights and the environment.

What is Christie Brinkley Famous For? 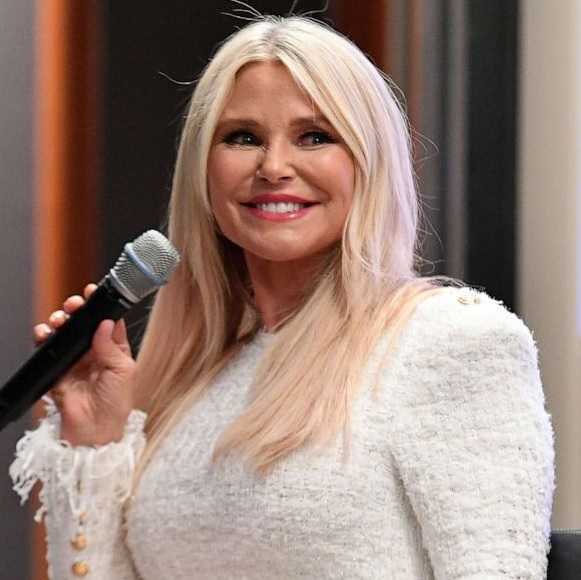 Where was Christie Brinkley Born?

Christie Brinkley was born on 2 February 1954. Her birth name is Christie Lee Hudson. She was born to a father, Herbert Hudson, and a mother, Marjorie Hudson. Her birth place is in Monroe, Michigan in the United States. She holds American nationality. Her zodiac sign is Aquarius. She has a brother, Greg Brinkley.

She studied Paul Revere Junior High School. She later attended Le Lycee Francais de Los Angeles. She graduated from high school in 1973. She then moved to Paris, where she studied art.

American photographer Errol Sawyer discovered Brinkley in a post office in Paris in 1973. He took her first modeling pictures and introduced her to Elite Model Management agency in Paris. She met several fashion photographers there. She was booked for three national ad campaigns upon returning to California. 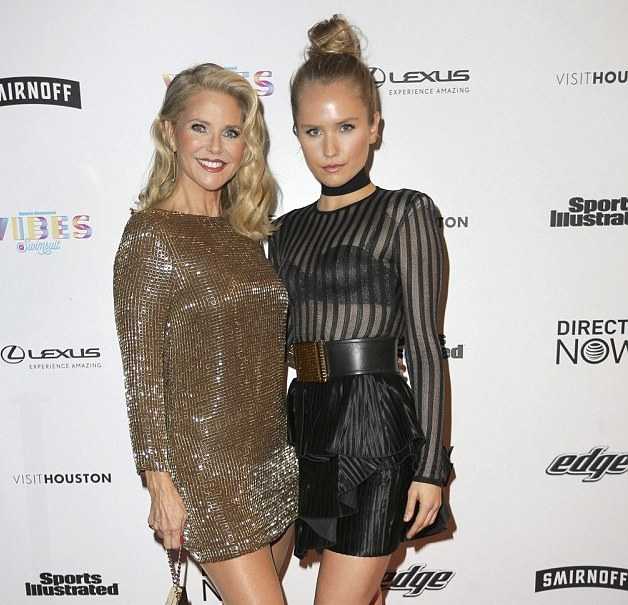 She rose to prominence after she appeared on three consecutive Sports Illustrated Swimsuit Issue covers. She appeared in its cover in 1979, 1980, and 1981.

She signed a 25-year contract with cosmetics brand CoverGirl. It is one of the longest modeling contracts in history.

She has appeared on over 500 magazine covers. She has appeared in the cover of magazines such as US, Vogue, Newsweek, Rolling stone, Esquire, Harper's Bazaar, Cosmopolitan, Glamour, Life, among others.

She has been photographed in six continents in more than 30 countries.

She has been named one of the most attractive women of all time by Allure and Men's Health magazines.

AskMen.com ranked her third on Top 10 Supermodels of All Time.

Men's Health named her one of the "100 Hottest Women of All-Time". 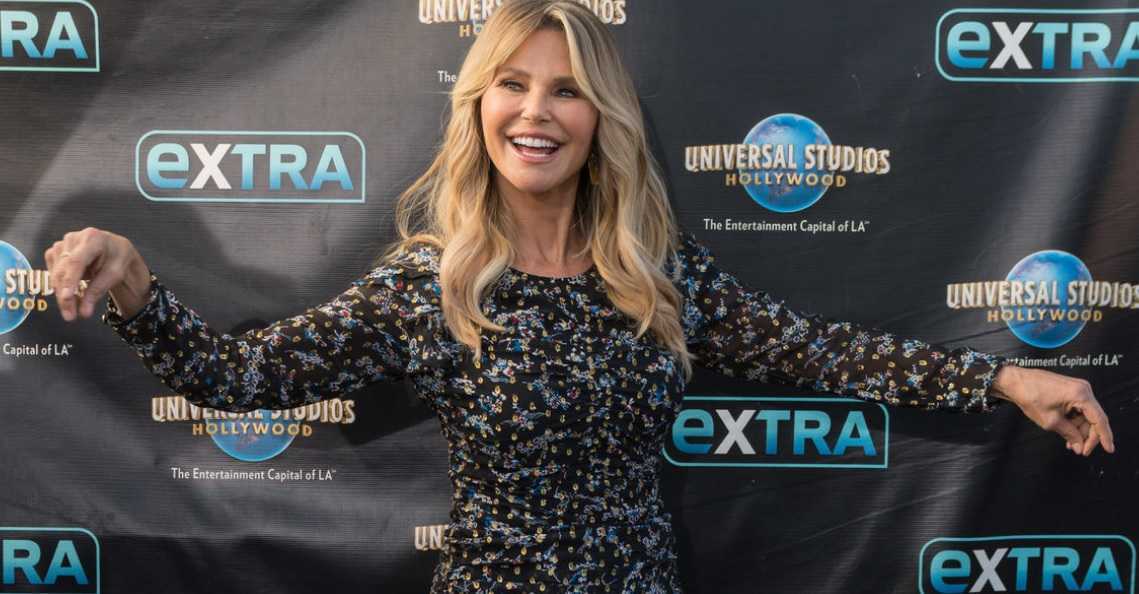 She made her acting debut as an actress in the road comedy film, National Lampoon's Vacation in 1983.

She reprised her role in the 1997 sequel Vegas Vacation.

She appeared in the 2011 documentary, King of the Hamptons.

She has appeared in several television shows.

She started her won television series Living in the 90's-With Christie Brinkley on CNN in 1992.

She has also appeared in several music videos by Billy Joel.

She made her stage debut as Roxie Hart in the long-running musical Chicago in April 2011. 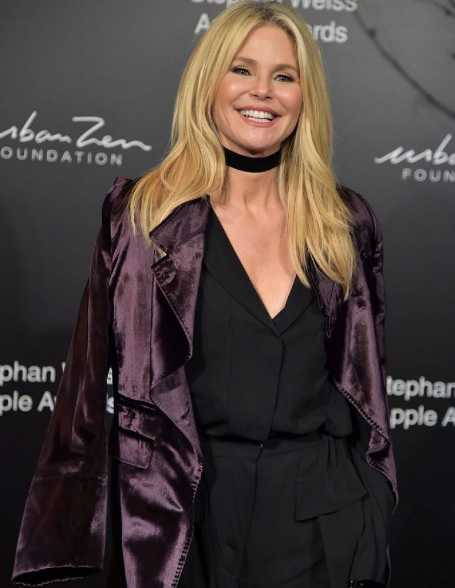 She appears with Chuck Norris in a long-running series of cable TV infomercials.

She and Dr. Carlon Colker promoted National Family Fitness Day with Xbox 360 at the Boy's and Girl's Club.

She has designed clothing patterns for Simplicity Pattern.

She has designed for Nouveau Eyewear and  Christie Brinkley Perspectives.

She released her own signature fragrance, Believe in 1998.

Her jewelry collection is manufactured by Swank.

She also owns the real estate mainly in the Hamptons.

She wrote and illustrated a book on health and beauty, Christie Brinkley's Outdoor Beauty and Fitness Book in 1983. The book topped The New York Times bestseller list.

1993 Top Picks by Rolling Stone for the artistic work Brinkley did on the cover of Billy Joel's album River of Dreams.

2003 Spirit of Achievement Award by "The Women's Division" of Albert Einstein College of Medicine at Yeshiva University presented Brinkley for her charity work.

Heart Award, special honor from the American Heart Association in the "12th Annual Heart of the Hamptons Gala" for her commitment to helping children live healthier lives. Humanitarian Award, given by March of Dimes. Merit Award, by the non-profit USA national organization Mothers Voices.

Mother of the Year, given by The National Mothers Day committee.

Merit Award, given by Make-A-Wish Foundation in New York.

America's Mothers and Shakers, named by Redbook Magazine for her involvement in "STAR — Standing for Truth About Radiation".

HBA's Positively Beautiful Award, named by HBA Global Expo on behalf of her work with the international charity Smile Train.

2011 Mothers Who Make A Difference Award, given by Love Our Children USA on the 2011 Sixth Annual edition.

2012 Broadway Beacon Award for her portrayal of Roxie Hart in the hit musical Chicago.

2012 Honor by the South Fork Natural History Museum and Nature Center for her many years of work to raise awareness about nuclear radiation and the safety of the oceans.

2013 Pet Hero Award - Humanitarian of the Year by the Pet Philanthropy Circle for her strong advocate for animals, environment, and wildlife.

2018 FN Style Influencer of the Year along with daughters Alexa and Sailor.

Who is Christie Brinkley Married To?

Christie Brinkley has been married four times. She first married French artist Jean-Francois Allaux between 1973 and 1981. She then married musician Billy Joel in March 1985. They got divorced in 1994. Her third marriage is to Richard Taubman. They both survived in a helicopter crash in April 1994. They got married in December 1994 but got divorced in the following year.

She got married to her fourth husband, architect Peter Cook in 1996. Her fourth marriage ended in 2008.

She has a daughter, Alexa Ray Joel with Billy Joel, a son Jack Paris Brinkley Taubman with Richard Taubman, and a daughter Sailor Lee Brinkley Cook with Peter Cook.

She lives on Long Island in Sag Harbor, New York.

How tall is Christie Brinkley?

What is Christie Brinkley Net Worth?

Christie Brinkley earns from her modeling and acting career. She is also a photographer, writer, and designer. She has appeared in several tv commercials. She also has several business ventures. As of 2019, her net worth is estimated at $80 million.

Trivias About Christie Brinkley You Need To Know.