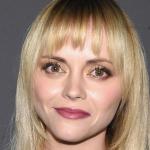 Christina Ricci is an American actress. Ricci started her acting career at an early age and established herself as a child star. She is best known for her breakout role as Wednesday Addams in the film, The Addams Family (1991) and its sequel, Addams Family Values (1993). She has appeared in several films and TV series including ''Mermaids'', ''Casper'', ''The Opposite of Sex'',  ''Grey's Anatomy'',  ''Lizzie Borden Tool an Ax'', ''Lizzie Borden Chronicles'' , and ''Distorted'' etc.

Besides, she is the National Spokesperson for the Rape, Abuse & Incest National Network (RAINN), an American anti-sexual assault organization.

What is Christina Ricci famous for? 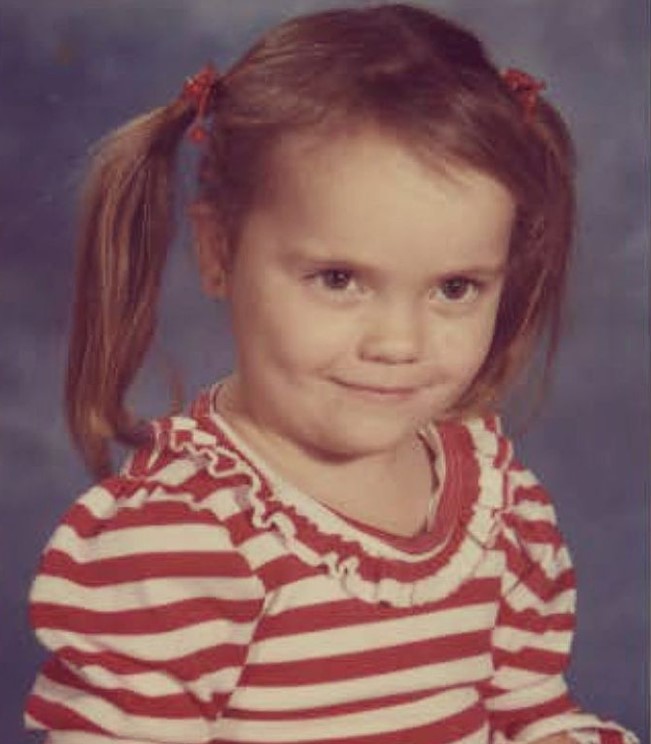 Where was Christina Ricci born?

Christina Ricci was born in Santa Monica, California, the United States on February 12, 1980. She was born to her father, Ralph Ricci, and her mother, Sarah Ricci. Her father is a lawyer and her mother is a real estate agent. Her parents separated when she was a preteen. She is the youngest of the four children of her parents. She has two older brothers named Rafael Ricci and Dante Ricci and an older sister named Pia Ricci.

She holds an American nationality and belongs to white ethnicity. She has Scottish-Irish ancestry. Her zodiac sign is Aquarius. She believes in Christianity.

Regarding her education, She attended many schools including Edgemont Elementary School, Glenfield Middle School, Montclair High School, and Morristown–Beard School.  She later attended Professional Children's School in New York City. However, She never completed her schooling due to acting schedules. 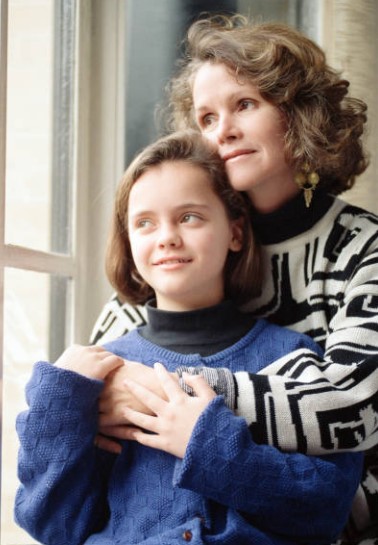 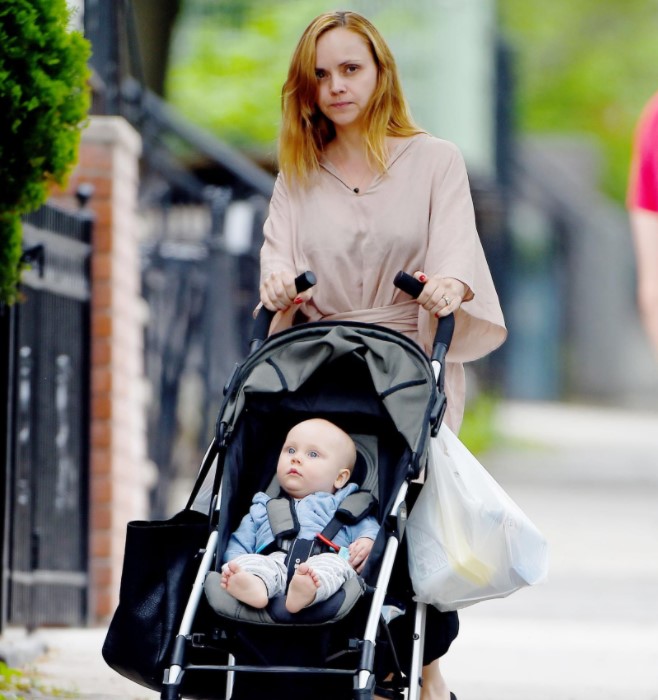 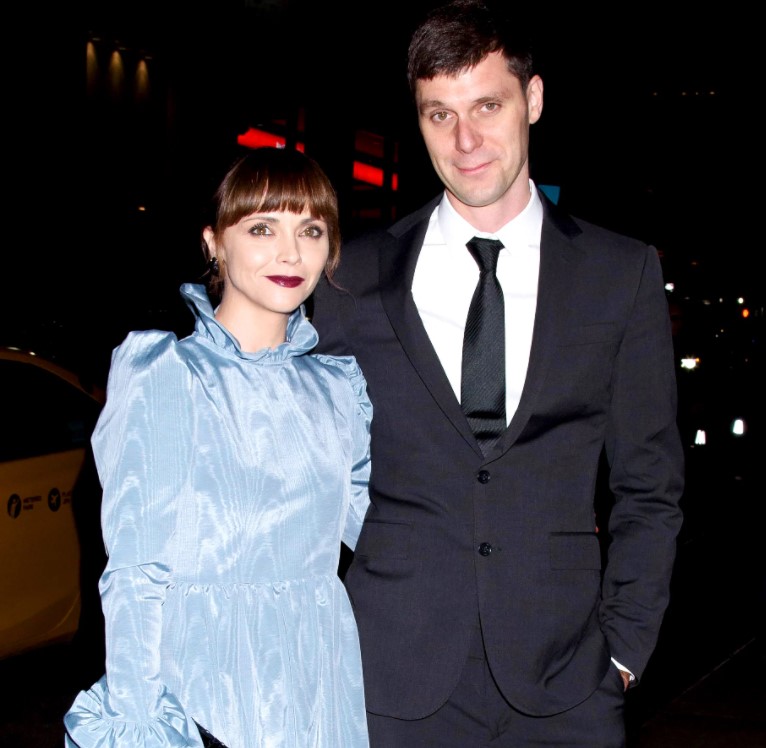 Christina Ricci is a married woman. She is married to Dolly grip James Heerdegen. The couple first met during the filming set of the TV series Pan Am and started dating in June 2011. The couple got engaged in October 2012 and finally got married on October 26, 2013, in Manhattan. They welcomed a son named Freddie Heerdegen in August 2014. After 7 years of marriage, the couple filed for divorce on July 2, 2020. In January 2021, it was reported that Christina had filed a domestic violence restraining order against James.

Previously, she was in a romantic relationship with an American comedian and actor, Owen Benjamin. The couple started dating in March 2008. After dating for a year, the couple engaged on March 12, 2009.  But, they were engaged only for a couple of months and decided to separate in June 2009. 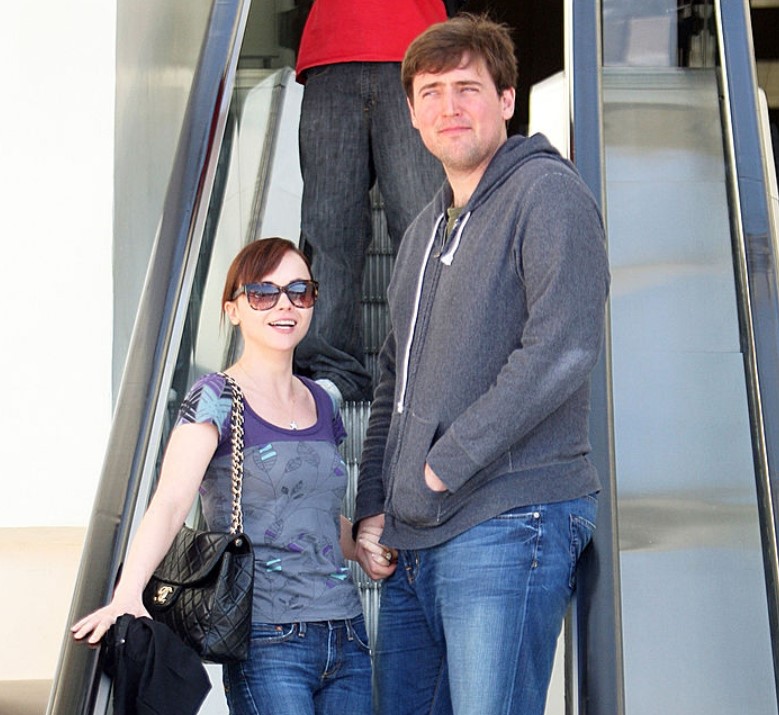 Christina Ricci is a gorgeous lady with an attractive slim body build. She stands at 1.55m (5 Feet 1 inch) tall and her body weighs around 49 kg (108 lbs). Her body measurements are 35-23-34 inches. She wears a bra size of 34B. Her dress and shoe sizes are 4 (US) and 6 (US) respectively. She has a pair of beautiful hazel eyes and her hair color is dark brown. Her sexual orientation is Straight.

Christina Ricci has earned a good amount of money from her profession as an actress. She is also a producer. Throughout the decades, she has accumulated a huge net worth of $22 million as of 2021. However, there is no information about her salary and other assets.