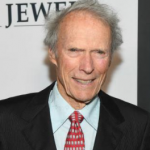 Clinton Eastwood is a famous American actor, filmmaker, musician, and politician. He achieved the success in the Western TV series Rawhide. He then rose to international fame with his role as the Man with No Name in Italian filmmaker Sergio Leone's Dollars Trilogy of spaghetti Westerns during the 1960s and as antihero cop Harry Callahan in the five Dirty Harry films throughout the 1970s and 1980s. These roles, among others, have made Eastwood an enduring cultural icon of masculinity. Some of his movies are Unforgiven, Million Dollar Baby, Every Which Way But Loose, Play Misty For Me, Firefox, Tightrope, Pale Rider, American Sniper and more. Overall, he is a very talented person.

Clint Eastwood only hurt himself with Richard Jewell’s worst cliche

The character assassination of the real-life Richard Jewell was achingly plain and unjust. According to the new movie Richard Jewell, from director Clint Eastwood, a sensational press and a sloppy FBI is to blame for the vilification of its title hero, who saved lives during a bombing incident during the 1996 Olympic Games in Atlanta. The film is able-bodied, with an unlikely hero (by Eastwood Hero Series standards) at the front, played by an exceptional Paul Walter Hauser. And yet Eastwood undermines his chief argument with another unjust character assassination, on top of executing a cliché so direly flawed and oft-repeated that, no matter his intention of the device, has become a controversy that’s overshadowed the rest of the film. Richard Jewell opened this past weekend at a time and in yet another year when the free press in the U.S. is under fire, a fact not lost on the 89-year-old director (just as professional female journalists on film wouldn’t be lost on this author). It is precisely Eastwood’s intention to re-examining a media that’s failed to stick to the facts. Perhaps the box office and reviews are more reflective of Richard Jewell’s unconventional hero. Even without the numbers backing it, it’s a tale for our painfully short memories about perpetuating harmfully repeated accusations. It could have afforded the same lesson for its conventional villain.

What is the birthplace of Clint Eastwood?

Clinton Eastwood was born on 31st May 1930 to Clinton Eastwood, Sr. and Magaret Ruth, his parents in San Francisco, California, the USA. He holds American nationality and his ethnicity is White. As of 2019, he celebrated his 89th birthday. While his father was a migrant worker, his mother was employed at a factory. He also has a younger sister Jeanne. He attained his preliminary education from Piedmont Junior High School after which he was enrolled at the Oakland Technical High School. He was called for military duty at the Army Special Services when his age was 20. He met Hollywood actors David Jansen and Martin Miller who encouraged him to relocate to Los Angeles after completing his military duty during his Army time. His religion is Christian.

How Clint Eastwood pursue his career?

Who is the Wife of Clint Eastwood?

Clint Eastwood is a married person and he was married twice in his lifetime. He first tied the knot with Maggie Johnson 19th in December 1953. The couple had two children, before breaking up in 1984. He then married Dina Ruiz on 31st March 1996. The couple has been blessed with a daughter, Morgan Eastwood. In August 2013, it was reported that the two are living separately.

He had numerous affairs with a number of women including, Sondra Locke, Catherine Deneuve, Jill Banner, Jamie Rose, Inger Stevens, Jo Ann Harris, Jean Seberg, Megan Rose, Jane, Bridget Byrne, and Anita Lhoest previously. He has fathered a number of children from his various relationships with women including Roxanne Tunis who bore him a daughter, Kimber Tunis, Jacelyn Reeves who bore him a son and daughter Scott and Kathryn and Frances Fisher of whom he has a daughter Francesca Fisher-Eastwood.

What is the Net Worth of Clint Eastwood?

The net worth of this famous filmmaker and actor is believed to have $375 Million as of 2019. But his exact salary is under review but there is no doubt in the mind of his followers that he is earning a considerable amount of salary from his work. As of today, he is satisfied with his earning and he is living a happy life without any disturbances. His major source of earning is from his film career. He is a very hardworking and dedicated person as well.

How tall is Clint Eastwood?

Being at the age of 89, Clint Eastwood still looks very handsome and young. He maintains his body a lot and he has got a healthy body. He has a tall height of six feet three inches with a balanced body weight of 216 pounds. His other body measurements have not been revealed yet but it will be added soon once we get details about it. His smiling face and charming personality have helped him to gain the attention of all the viewers.

Trivias About Clint Eastwood You Need To Know.