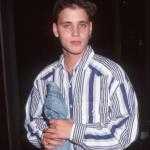 Corey Haim was a Canadian actor. He starred in a number of 1980s films, such as Lucas, Silver Bullet, Murphy's Romance, License to Drive and Dream a Little Dream. His role alongside Corey Feldman in The Lost Boys made Haim a household name. Known as The Two Coreys, the duo became 1980s icons and appeared together in seven movies, later starring in the A&E American reality show The Two Coreys. He died of pneumonia on March 10, 2010.

What did Corey Haim die of?

On March 10, 2010, after Haim's mother phoned 9-1-1, paramedics took Haim from their home to Providence Saint Joseph Medical Center in Burbank, where he was pronounced dead at 2:15 a.m. He was 38 years old. Los Angeles police initially stated that his death appeared to be an accidental overdose. Later, The Los Angeles County Coroner's Office ruled that Haim's death was due to pneumonia. Haim had been ill with flu-like symptoms for two days before his death.

What was Corey Haim famous for?

The actor, known for a 1980's Hollywood career as a teen idol, lived here in the reality television series, "The Two Coreys". He starred in several films such as "Lucas", "The Lost Boys", "License to Drive" and "Dream a Little Dream".

Where was Corey Haim from?

Haim was born as Corey Ian Haim in Toronto, Ontario, Canada on December 23, 1971. He is the son of Judy(mother), an Israeli-born data processor, and Bernie Haim, who worked in sales. When Haim was 11, his parents divorced. He had an older sister, Carol, and a younger half-brother, Daniel Lee, from his father's second marriage. Haim was Jewish and his religion wasJudaism. His nationality was Canadian and his zodiac was Capricorn. He was first raised in Chomedey, Laval, Quebec, and later grew up in Willowdale, Toronto. His earlier interest was in ice hockey, music on his keyboard, and collecting books. Later, his mother encouraged and enrolled him in drama classes in improvisation and mime to help him overcome his shyness which inspired him to be an actor. He attended North York's Zion Heights Junior High until grade eight, by which point he had begun to make a name for himself as a child actor.

What was Corey Haim's profession?

Haim embarked acting at the age of 10, playing the role of Larry in the Canadian children's educational comedy television series The Edison Twins, which ran from 1982 until 1986. He made his feature film debut in 1984's thriller Firstborn, as a boy whose family comes under threat from his mother's violent boyfriend, played by Peter Weller. Haim began to gain industry recognition, earning his first Young Artist Award for the 1985 NBC movie A Time to Live. He had his lead role in the movie,  Silver Bullet the same year. Haim's breakout role came in 1986 when he starred as the titular character in Lucas. In 1987, Haim made his big name from the thriller-fantasy film, The Lost Boys. The movie made over $32 million at the U.S. box office and is regarded as a 1980s classic. During the time, Haim bonded with Corey Feldman and formed the group "The Two Coreys" who become the highest-paid teen stars of the 1980s. The duo went on to play a couple of hit movies. With his lead role in 1988 movie, License to Drive, he won his second Young Artist Award (tying Feldman for the Best Young Actor in a Motion Picture Comedy or Fantasy award. Haim and Feldman next teamed in the metaphysical romantic comedy Dream a Little Dream.

From the early 1990s, Haim began to lose his core audience. His performances suffered, and his film career declined as his problems with drugs continued. In the early 2000s, Haim attempted to return to the industry in 2000 with the direct-to-video thriller Without Malice, with Jennifer Beals and Craig Sheffer. In December 2006, Haim began taping a reality show titled The Two Coreys, reuniting with Feldman, Both credited as executive producers. The show premiered on the A&E Network on July 29, 2007, with a second season starting on June 22, 2008. However, Haim's addiction got worse so A&E canceled The Two Coreys midway through its second season in July 2008. In his final days, Haim was working on The Dead Sea, a film in which mercenaries on a naval ship are trapped by zombies. Haim's early success led to money and fame. He had difficulties breaking away from his experience as a teen actor, and was troubled by drug addiction throughout his later career.  He died of pneumonia on March 10, 2010.

What was Corey Haim's net worth?

Corey Haim, a Canadian actor had a net worth of $5 thousand at the time of his death. His average salary was never known. He earned his worth from his professional acting career. He started acting from 1982 and remained in same before his death in 2010. Over these years, he played numerous films and established himself as Teen Idol in the 1980s. So, he lumped up a significant amount of money. Moving on He owned a car, a gray 1988 Subaru XT6. Additionally, Corey Haim owned House in West Hollywood, California (CA), US, and partners in a lease/option with Hollywood promoter/manager Michael Bass in  $1.35 million worth Hancock Park house.

Who was Corey Haim married to?

Haim never married nor had any children. He was involved with Who's the Boss actress Alyssa Milano from 1987 to 1990. Lala Sloatman co-starred with Haim in Watchers (1988) and Dream a Little Dream (1989), and they dated on and off for two years at the peak of his fame. He was engaged to Baywatch actress Nicole Eggert, with whom he starred in Blown Away (1992) and Just One of the Girls (1993). Haim was briefly engaged to actress Holly Fields in 1996. Haim was engaged to model Cindy Guyer in 2000. Haim proposed to Guyer two days after they met at a Chicago autograph show. He had a year-long relationship with actress Tiffany Shepis, stating in October 2008 that the couple was engaged and due to marry on May 9, 2009. The duo got separated following Haim's death on March 10, 2010.

How old is Corey Haim?

Corey Haim, the late Canadian actor, was 38 years old before his death in 2010. From the observation, the 1980s teen idol had brown hair color and had hazel eyes color. The actor stood a decent height of 5ft 8inches tall. His body weight was 68kg. His other body measurements like body statistics and shoe size are still under review. He has a straight sexual orientation.

Trivias About Corey Haim You Need To Know.