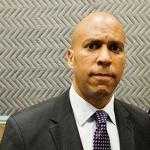 Cory Anthony Booker, popularly known as Cory Booker is the first African-American politician serving as the junior United States Senator from New Jersey since 2013. Previously Booker served on the Newark City Council for the Central Ward from 1998 to 2002. And from 2006 to 2013, Booker served as the 36th Mayor of Newark. He is a member of the Democratic Party.

Cory Booker, on Thursday, released 20 confidential emails that had been sent by Judge Brett M. Kavanaugh during his times as White House counsel for President George W. Bush. Kavanaugh is a President Trump's nominee to the Supreme Court. His confirmation hearings have been running on Senate. But Booker's incident created chaos to Senate Democrats. Democrats claimed Booker knowingly violated Senate rules to create a political stunt. Will Booker pay a price for releasing Kavanaugh documents ?? might be a turning point of his political career.

Where was Cory Booker Born?

Booker was born to an African father Cary Booker and an African mother Carolyn Booker on April 27, 1969, in Washington D.C., United States. He grew up in Harrington Park, New Jersey which is 20 miles north of Newark, New Jersey.

Booker received Rhodes Scholarship to study at the University of Oxford and received an honors degree in United States history in 1994. And in 1997, he earned his Juris Doctor from Yale Law School. He was a founding member of the Chai Society at Yale. He was also a Big Brother with Big Brothers Big Sisters of America.

Booker defeated four-term incumbent George Branch and won a seat on the Municipal Council of Newark. He even went on a 10-day hunger strike to draw attention to the problems of open-air drug dealing and violence associated with the drugs. But he was outvoted by all of his fellow councilors when he proposed council initiatives that impacted housing, young people, law and order, and the efficiency and transparency of the city hall.

Booker failed at his first Mayoral campaign for the Mayor of Newark in 2002. He lost against Sharpe James on May 14, 2002. James had easily won the election four consecutive times and did it again for the 5th time.

In the 2006 mayoral election, Booker easily won against the Deputy Mayor Ronald Rice on May 9, 2006. Booker Team swept the council elections and got the leadership of the city government.

Booker defended his seat in the 2010 election defeating former judge and Essex County prosecutor Clifford J. Minor and two other minor candidates.
For all his efforts to reduce unemployment and to create, healthy, developed and crime-free Newark during his tenure, Booker's mayoralty and personal celebrity drew much-needed media attention to Newark.

Booker for his political stand has been described as liberal, a neoliberal and a moderate. Significance to foreign policy, Booker supports reducing the U.S military involvement in Afghanistan. Booker also stood against the intervention in Syria. Booker suggests any direct threats to America should be discussed on the table.

Booker opposes overturning the abortion act, Roe v. Wade.
Booker's tenure as a Mayor of Newark balanced the budget of Newark for the first time in a decade. He favored smart investment with long-term deficit reduction efforts to ensure economic prosperity.
Booker claimed climate change is man-made and supports the cap-and-trade or carbon tax approach in dealing with greenhouse gas emissions.
Booker advocates education reform and privatization of education and obtained a $100 million pledge from Facebook Inc. founder Mark Zuckerberg to Newark Public Schools.
Booker always defended the right of the law-abiding citizens' right to own legal firearms. He blamed most of the shooting incidents happening around are from illegal guns from criminals.
Booker supports improvement in the healthcare of the citizens by expanding the Patient Protection and Affordable Care Act program.
Booker is soft on immigrants and supports the passage of the DREAM Act.
Booker strongly advocates same-sex marriage. With his effort, New Jersey formulated the law to allow same-sex marriage on October 21, 2013.
Booker supports an increase in the minimum wage to $15 an hour. He believed the increase in wages will help every citizen to raise their living standard to those living in poverty.

Booker raises voices to scale down the US armed forces in Afghanistan in order to make them responsible and operate in a safe manner.
Booker claimed Iran poses a threat to American and Israeli security. Thus, he supports all options that prevent Iran from gaining nuclear weapons.
Booker advocates for the state of Israel and supports a two-state solution to the Israeli-Palestinian conflict.
Booker strongly opposed military intervention in Syria.

He qualified for the first five Democratic Party presidential debates. However, he failed to meet the polling thresholds to participate in the sixth debate held in December 2019. Booker announced in January 2020 that he is ending his campaign for Democratic nomination.

Booker is a health-conscious person. He exercises regularly. Booker advocated for animals Thus he turned vegetarian since 1992. Booker is a coffee drinker, not an alcohol-person. He mostly keeps his personal life secret. Booker is unmarried till the date. In 2013, Booker was even named one of Town & Country's Top 40 Bachelors.

Who is Rosario Dawson? 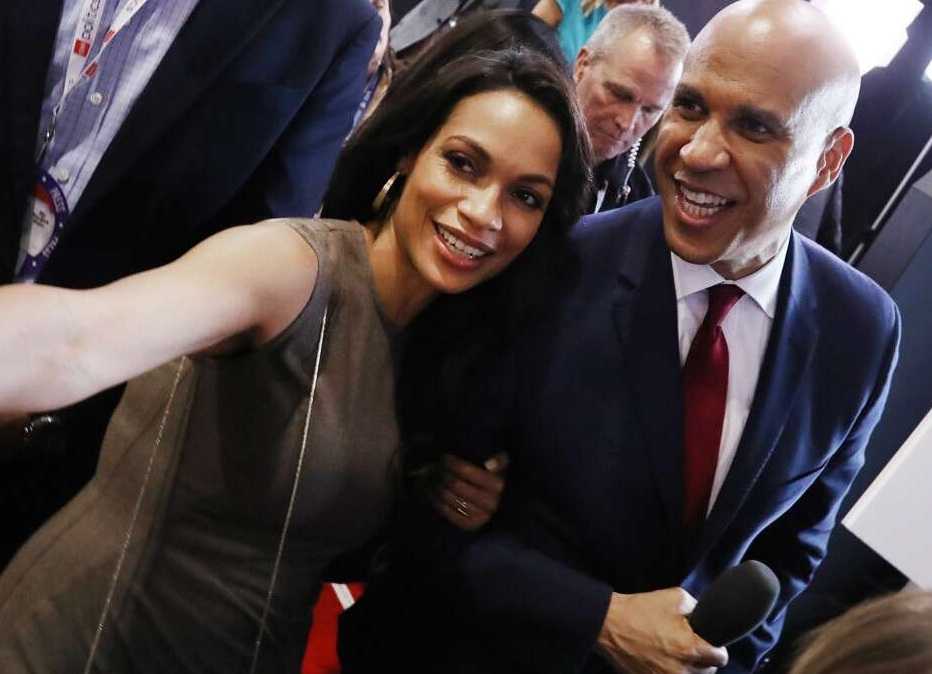 Trivias About Cory Booker You Need To Know.