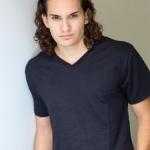 Dakota Chapman is an American third-generation bounty hunter and a bail bondsman. He is best known for starring on the CMT reality series Dog and Beth On the Hunt. Before appearing on the show, he earned his license to be a bondsman. He continued the bounty hunter profession that his grandfather, Duane "Dog" Chapman started and his father, Leland Chapman continued. After leaving the show, he continued his family business.

Dakota Chapman was born on 24 March 1995. He was born to a father, Leland Chapman, and a mother Maui Chapman. His birth place is in Hawaii in the United States. He holds American nationality. His zodiac sign is Aries. Talking about his siblings, he has a brother, Cobie Chapman and a sister, Leiah Chapman. His religion is Christian. His other early life background such as education, childhood is currently unavailable.

Dakota Chapman is the grandson of Duane 'Dog' Chapman.

Dakota Chapman followed the footsteps of his father and grandfather and became a bounty hunter.

He earned recognition after he appeared on the CMT reality series, Dog and Beth: On the Hunt.

He appeared on the first and the second season of the show.

According to the latter statement released by him to his fans, he was removed from the show.

His father Leland Chapman was previously on the show Dog the Bounty Hunter. After his father left the show, his father operates his own bail bond company in Hawaii.

After the show, he has continued the family business as a bail bondsman.

Dakota Chapman has an athletic physique. His body is in good shape. As a bounty hunter, he has maintained his body very well. He has dark brown eyes and his hair color is black. His other body measurements are currently unavailable. It will be updated soon.

Dakota Chapman is unmarried. But, he is not single. He has a girlfriend named Cheryl. The couple welcomed their first child, a son, Asher on 25 January 2019. No other personal information about his personal life has surfaced yet.

Dakota Chapman’s 2019 estimated net worth is Under Review. His net worth is surely in millions. His exact salary is also under review and will be updated soon. His major source of income is from his reality series. He is satisfied with his earnings.