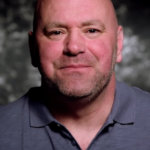 An American businessman as well as the current President of the Ultimate Fighting Championship (UFC) who is known for his success with the UFC as under his leadership, the largest mixed martial arts (MMA) organization in the world is named for Dana White. He was 17 years old when he started boxing. He has worked on projects which include UFC: Road to the Octagon, UFC Fight Flashback, UFC 25 Years in Short, UFC 200 Greatest Fighters of All Time, and The Ultimate Fighter: Brazil as a producer. His mother, June published a book titled "Dana White, King of MMA: An Unauthorized Biography" in the year 2011 and alleged that after tasting success with the UFC, he "turned his back on his family and friends who were there for him when he needed help and support" and also said that he has often engaged in acts of infidelity with UFC ring girls like Rachelle Leah and Arianny Celeste. Not only this but also he has supported Donald Trump and endorsed him while speaking at the 2016 Republican National Convention in Cleveland, Ohio as he revealed that Trump helped the UFC in the beginning and White also added, "No arenas wanted us. This guy reached out, and he's always been a friend to me". He has also appeared in shows like It's Always Sunny in Philadelphia, Jimmy Kimmel Live!, The League, and Silicon Valley. He has been honored with awards such as the Wrestling Observer Newsletter Award and World MMA Award. He is also active in social media with more than 6 million followers on Twitter, more than 5 million followers on Instagram, and more than 2 million followers on Facebook.

UFC President Dana White criticized calls to defund the police during a fiery speech in support of President Trump at the Republican National Convention on Thursday night. He gave a no-holds-barred endorsement of President Trump Thursday night in remarks aired at the 2020 Republican National Convention. "We need President Trump's leadership now more than ever," White boomed in a pre-recorded video. 'Come on, America-defunding these vital positions is not the answer,' he said. He also praised the Trump administration for building "the greatest economy in our nation's history" prior to the coronavirus pandemic. He blasted calls from top Democratic politicians to defund the police in a time of heightened unrest that contributed to what he described as "the lawless destruction that now is occurring in a few of our great cities." "It blows my mind how quickly some of the leadership in this country has forgotten the critical role first responders play in our society," White said. "Police departments and other law enforcement, even some fire departments, have faced opposition from many in this country, but they are always the people who are asked to step up when things are at their worst and put themselves at risk." Previously, Trump invited White and other executives from the sports and business world to join a task force assessing how to safely reopen the economy in April 2020. He said Trump recognized the role sports could play in restoring a sense of normalcy to the lives of Americans as they contended with an unprecedented health hazard. 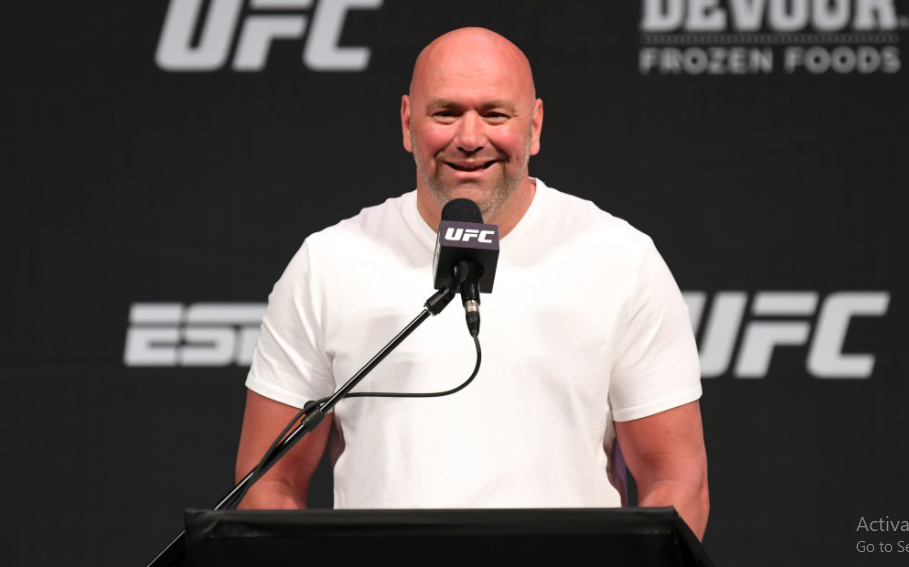 What is the Birthplace of Dana White?

Dana White was born with the birth name/real name of Dana Frederick White Jr. on 28th July 1969 in Manchester, Connecticut, the United States. He holds an American nationality and he belongs to mixed ethnicity as he is of Irish white descent. His race is White. He was born to his parents; June White (mother) and Dana White Sr. (father). His mother, June, released the book "Dana White, King of MMA: An Unauthorized Biography" in 2011. June claimed in the book that, since his success with the UFC, Dana had "turned his back on his family and friends who were there for him when he needed help and support".  He also has a sibling; a sister named Kelly White. As per his education, he attended Hermon High School in Maine. He began boxing at age 17. He started college twice, once at Quincy College, and once at UMass Boston, but dropped out during his first semester each time. For the most part of his childhood, he grew up under the guidance of his mother and his maternal family. Leo is his Zodiac sign. He was raised as a Catholic but now considers himself to be an atheist. As of 2020, he celebrated his 51st birthday.

How was the Career of Dana White?

Who is Dana White's Wife? 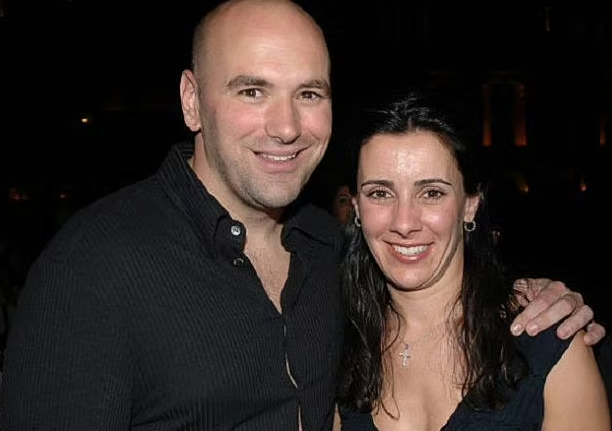 Regarding the marital status of Dana White, he is a happily married man. He married his long-term beautiful girlfriend, Anne White in the year 1996. Dana and Anne met each other in their 8th grade in school and since then the duo is together. Anne was just 18 when the couple got married in a private ceremony in Las Vegas. The couple is also blessed with three children; two sons named Dana White II and Aidan and a daughter Savannah White. As of now, the duo is enjoying their present life happily without any disturbances. His sexual orientation is straight and he is not gay.

Going in the depth of Dana White's personal life, he was accused in a sex-tape scandal, when a stripper allegedly taped a sexual encounter with White in Brazil around the year 2014 without his consent. The stripper also alleged White had been seeing her for months during his marriage. According to the complaint, White paid $10,000 to the stripper to dance and have s*x with him.

What is the Net Worth of Dana White?

Dana White is an American businessman and the current President of the Ultimate Fighting Championship (UFC). Being in such a top position, his net worth will be surely in millions. Аѕ оf 2020, the net worth of Dаnа Whіtе is estimated to have $550 mіllіоn as per sources. He mаdе huge amount of money whеn thе lаrgеѕt ѕаlе dеаl іn рrоfеѕѕіоnаl ѕроrtѕ hіѕtоrу tооk рlасе thаt'ѕ thе ѕаlе оf UFС fоr $4 bіllіоn tо WМЕ ІМG grоuр, whеrе hе еаrnеd $360 mіllіоn, whісh wаѕ еquіvаlеnt tо hіѕ ѕtаkе 9% оf UFС. Talking about his salary, he is receiving $20 Million from UFC being a president where hе rеmаіnѕ thе рrеѕіdеnt fоr fіvе уеаrѕ аnd tаkеѕ аrоund 9% оf thе соmраnу рrоfіt. Regarding his houses and cars, he bought three cars in the year 2006, 2017 and 2017. In 2006, he bought a mansion in Pine Island Court, Las Vegas in 2006 from Frank Fertitta III for $1.95 million. He bought three other mansions in the same area from October 2016 to June 2017 for a combined total of around $6.2 million. In a season 15 episode of History Channel's Pawn Stars (originally airing on February 5, 2018), White purchased over $60,000 worth of Katana swords including one of Rick Harrison's 16th-century Japanese Katana. He also has bikes and cars including Range Rover, Ferrari, Bentley, and several motorbikes. He also donated $50,000 for a liver transplant to Tuptim Jadnooleum, the daughter of "Kru Nai" Rattanachai, one of the instructors for Tiger Muay Thai and MMA in Phuket, Thailand in 2010. He donated $100,000 to his former high school to fund renovations to their athletic facilities. He donated $1 million to the victims of the Las Vegas shooting in 2017. As of today, he is living a luxurious lifestyle from his earnings.

How tall is Dana White?

Dana White is a very cool and handsome person with a charming personality and attractive behavior. He has got a tall height of 5 ft 10 in with a bodyweight of 95 Kg. His body build is large. His eye color is dark brown whereas his hair is bald. He has deep-set eyes. His other body measurements are not available at the moment. He maintains his body a lot by doing frequent exercise. He is very conscious regarding his health. He said that he had been diagnosed with Meniere's disease, a neurological disorder in MAy 2012. He said, "It's like vertigo but on steroids." He is undergoing Orthokine treatment for Meniere's disease, which he says has greatly reduced his symptoms.