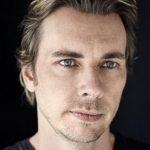 Dax Shepard is an American Actor and is popular in the world for portraying his role in movies like ‘Employee of the Month’, ‘Without a Paddle’, and much more. He has also established himself as a Comedian, Writer, and Director. Let's look at his wiki, to get more information regarding his career, net worth, personal life.

What is Dax Shepard famous for?

Where is Dax Shepard born?

Dax Shepard was born in Highland Township, Oakland Country, Michigan, in Suburban Detroit as a Dax Randall Shepard. He is an American nationality and he belongs to mixed (English, French-Canadian, Belgian) ethnicity. His birth sign is Capricorn.

He was born to a father Dave Robert Shepard, Sr. and a mother Laura Labo. Late Dave Robert Shepard, Sr. who was a car salesman. His mother worked at General Motors. His parents divorced when he was just 3 years old. His mother has been married four times. He had three stepfathers. His older brother named David Shepard who lives in Oregon and a younger halfsister Carly Hatter appeared in two films Hit and Run and CHips.

To whom Dax Shepard married?

Talking about his personal life, Dax met the love of his life Kristen Bell at the birthday party of a mutual friend in 2007. Soon later, the couple started dating at the end of the year. After years of love life, they got engaged in January 2010.

After three years of engagement, the pair got married on 17 October 2013. The couple is healthy and happily living together. The pair has two children together; daughter Delta Bell Shepard and Lincoln Shepard. As of now, the pair live a blissful life with their children.

How much is Dax Shepard's net worth?

As an actor, Dax must be accumulated handsome money from his profession. According to some online sources, His net worth is reported to be around $15 million dollars. However, his salary was not disclosed yet. In the case of disclosed, we will let you know.

How tall is Dax Shepard?

Trivias About Dax Shepard You Need To Know.