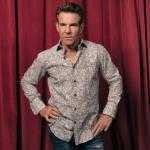 An American actor, Dennis Quaid is a popular icon who is known mostly for his amazing performing skills and for his wide variety of comedic and dramatic roles in films, movies, and cinemas. For his role in "Far from Heaven"(2002), he won the "New York Film Critics Circle Award" for Best Supporting Actor among other accolades.

What is Dennis Quad famous for?

- Famous for his comedic roles in the movie "Traffic", "Frequency", "The Rookie", "The Day After Tomorrow", and mainly for his role as Mike in 1979 hit movie "Breaking Away". 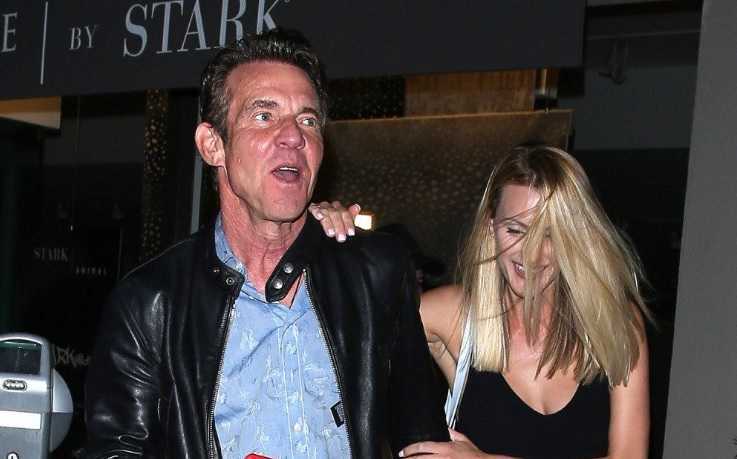 When was Dennis Quad born?

Dennis was born on 9 April 1954, in Houston, Texas, United States. His birth name is Dennis William Quaid. He holds an American nationality and he is of mixed ethnicity(English, some Scottish, Scots-Irish (Northern Irish), Irish, and German). Aries is his zodiac sign.

He grew up in the Houston suburban city of Bellaire.

He did his schooling from "Paul W. Horn Elementary School" and later attended "Pershing Middle School" in Houston. Then he attended "Bellaire High School" and then joined the "University of Houston", however, he was dropped out before graduating.

After that, he shifted to Los Angeles to pursue a film career where his brother, Randy Quaid, had already begun to build a successful career. 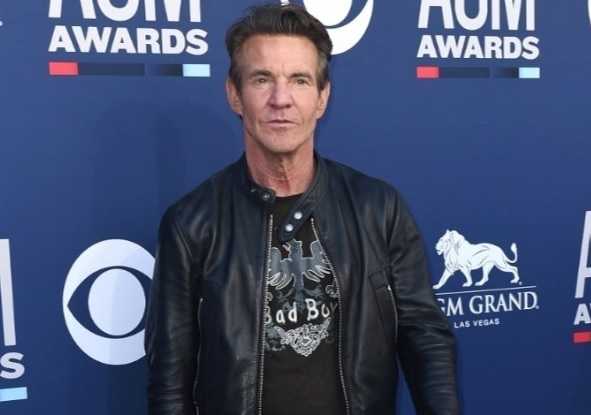 How is the career of Dennis Quad?

- Quaid made his television acting debut with a small role as Scott Martin in an episode of "Baretta"(1977).

- He then was cast in the comedy movie "Breaking Away" like Mike. His performance in the movie was highly appreciated and earned him wide recognition.

- He then got featured in the 1980 film ‘The Long Riders,’ with the television movie "Are you in the House Alone?".

- In 1981, Quaid was cast in the biographical drama TV movie ‘Bill’. The same year, he did the films ‘All Night Long’, ‘Caveman’ and ‘The Night the Lights Went Out’.

- He further began to gain the notice of big producers and directors after he played Gordon Cooper in "The Right Stuff" (1983). Since then, he has appeared in more than eighty movies and TV films.

- He next got featured in the films ‘Gang Related’ and ‘Switchback’ in 1997. The following year, he had roles in the films ‘The Parent Trap’, ‘Savior’ and ‘Playing by Heart’.

- In the year 2000, he appeared in the movie ‘Traffic’, ‘Dinner with Friends’. Quaid made notable appearances in the films ‘The Rookie’, ‘Cold Creek Manor’, ‘The Alamo’, ‘The Day After Tomorrow’, ‘In Good Company’, ‘Flight of the Phoenix’ and ‘Yours, Mine and Ours’.

- His role as Bill Clinton in the TV film The Special Relationship (2010) earned him five different awards nominations.

- He then appeared in the documentary ‘Chasing Zero: Winning the War on Healthcare Harm’. He also appeared in period drama series ‘Vegas’.

How is Dennis Quad's Personal life?

After that, he dated Meg Ryan, an American actress and married her on 14 February 1991. The couple had a son, Jack Henry. However, after being married for more than a decade, they divorced on 16 July 2001.

After that, he dated several actresses like Shanna Moakler, Andie MacDowell, Cynthia Garrett, and Anna Poche from 2001 to 2003.

In 2004, he dated the American Business Professional Kimberly Buffington and they got married on 4 July 2004. The couple together had twins: daughter Zoe Grace Quaid, and a son Thomas Boone Quaid.  The couple, however, divorced in 2018.

After then he dated the beautiful model, Santa Auzina. They are together since July 2016.

What is the net worth of Dennis Quad?

The famous actor, Dennis Quad has an estimated net worth of $30 million dollars.

How tall is Dennis Quad?

Dennis Quad has a well-maintained body build. He stands tall with a height of 6 ft(1.83m). His body weighs 79.4kg. He has light brown hair and blue eye.