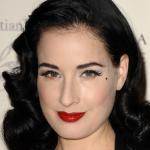 Dita Von Teese is an American vedette, burlesque dancer, model, businesswoman, and actress who is well-recognized as the ex-wife of popular singer and musician, Marilyn Manson. Manson known for his controversial stage personality is the lead singer of a popular rock band of the same name, "Marilyn Manson".

Teese began dating Manson by the year 2001 later getting married in 2005 but their marriage ended with a divorce in 2007. She has been on the headlines several times for her everlasting beauty and is praised for re-popularizing burlesque performance, even earning the moniker "Queen of Burlesque". Having classically trained as a ballet dancer from an early age, Teese has managed to come a long way up becoming one of the prominent figures in the world of Hollywood.

What is Dita Von Teese Famous for? 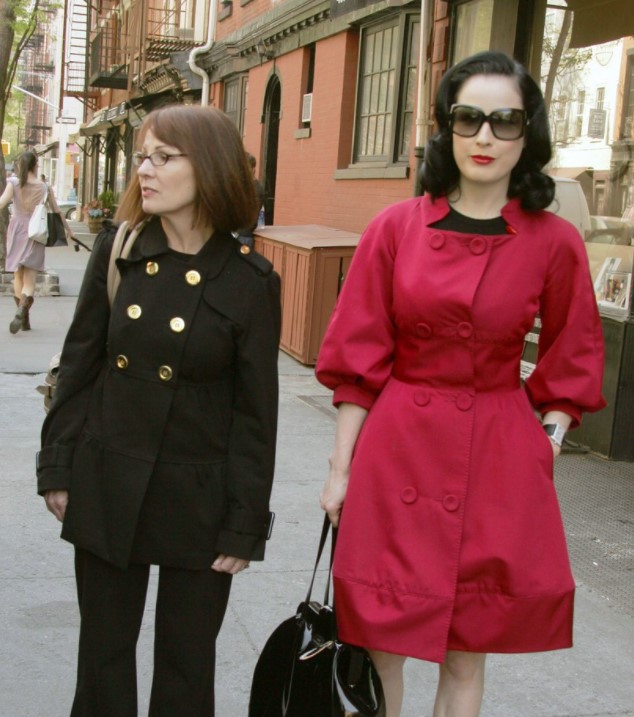 Where is Dita Von Teese From?

Dita Von Teese was born on September 28, 1972, in Rochester, Michigan, United States. Her birth name is Heather Renée Sweet. Her nationality is American. Teese is of English, Scottish, Armenian, and German heritage while Libra is her zodiac sign.

Dita Von Teese was born as the second of three daughters to her parents; Ken Sweet(father) and Bonnie Lindsey(mother). Her father was a machinist and her mother a manicurist. She began to develop an interest in acting and modeling while watching the 1940s cinema and classic vintage style with her mother on a weekend afternoon.

Her affiliation was fostered by her mother, who bought beautiful clothes for her daughter to dress up. She grew up along with her two sisters; Sarah Brown and Jennifer.

She got classically trained as a ballet dancer from an early age, even dancing solo at age of 13 for a local ballet company. Teese grew up in her hometown later relocating to Orange County, California, where she attended University High School. She even studied historic costuming aspiring to work as a stylist for films and is also a trained costume designer. 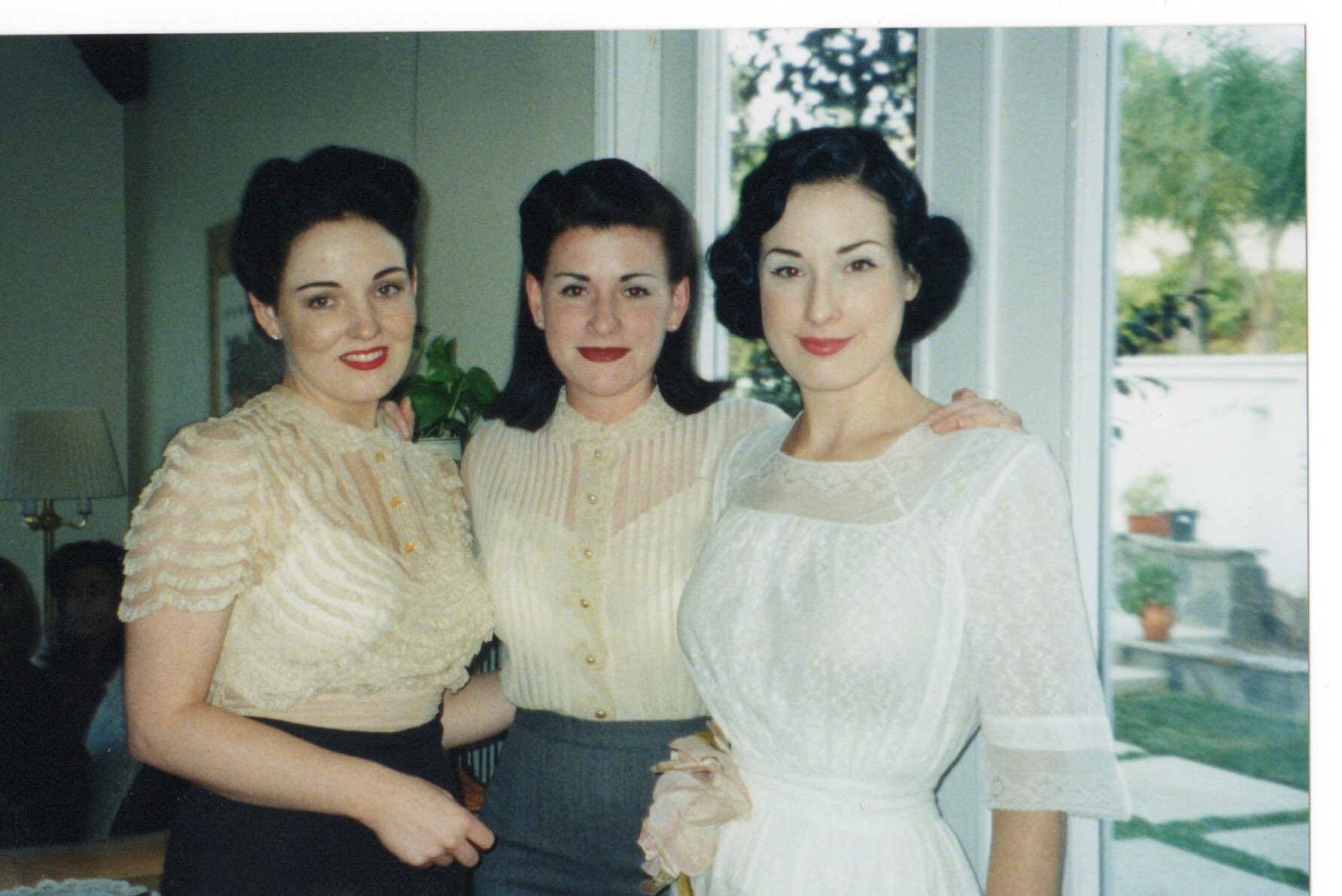 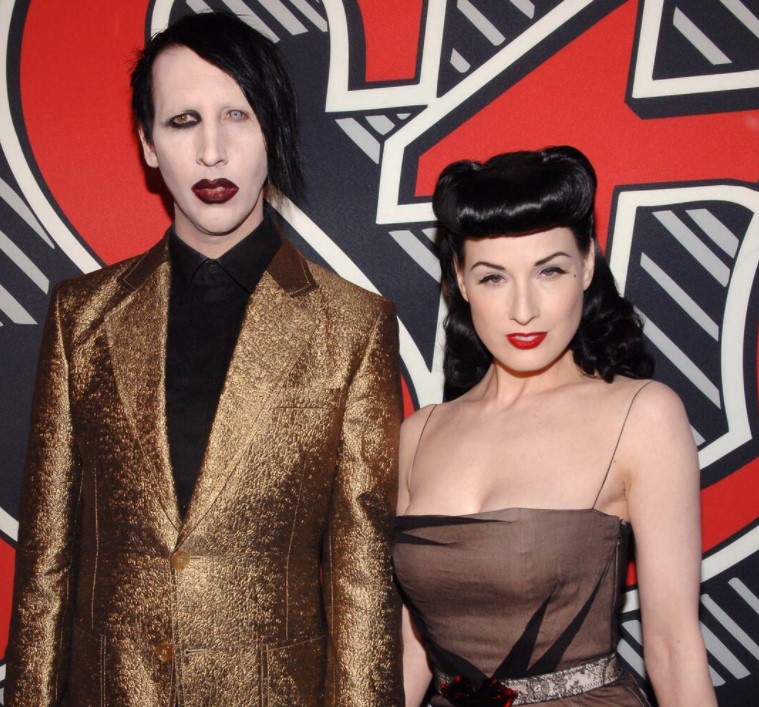 Everything To Know About Marilyn Manson

Dita Von Teese has been in a relationship with several men in her long age run. Her most popular and romantic relationship was with Marilyn Manson. Manson is an American singer, songwriter, record producer, actor, painter, and writer known for his controversial stage personality and image as the lead singer of the band of the same name, "Marilyn Manson". He actually had been a longtime fan of hers and even was a member of her website.

They first met when he asked her to dance in one of his music videos subsequently went on to become a couple in 2001 on Manson's 32nd birthday. Almost after 3 years of dating each other, Manson proposed to her with the 1930s, 7-carat (1.4 g), European round-cut diamond engagement ring on March 22, 2004. A year later, on November 28, 2005, they got married in a private, non-denominational ceremony at home later holding a big ceremony on December 3 at Castle Gurteen De la Poer in Ireland which was even featured in Vogue.

Within a year of their marriage on December 29, 2006, Von Teese filed for divorce from Manson citing "irreconcilable differences". They were together for 7 years and were married for just a year when Teese realized that it wasn't a good choice as she wasn't supportive of his partying or his relationship with another girl.

After years of her divorce from Manson, Teese began dating graphic designer Adam Rajcevich with whom she has been in a relationship since 2014. Her other boyfriend includes Mark Mahoney, Peter Sarsgaard, Mike Ness, Louis-Marie de Castelbajac and Theo Hutchcraft.

Besides, Teese has her house dedicated to early 20th-century décor with vintage appliances which resides in Hollywood. She is a collector of vintage china, particularly egg cups and tea sets. 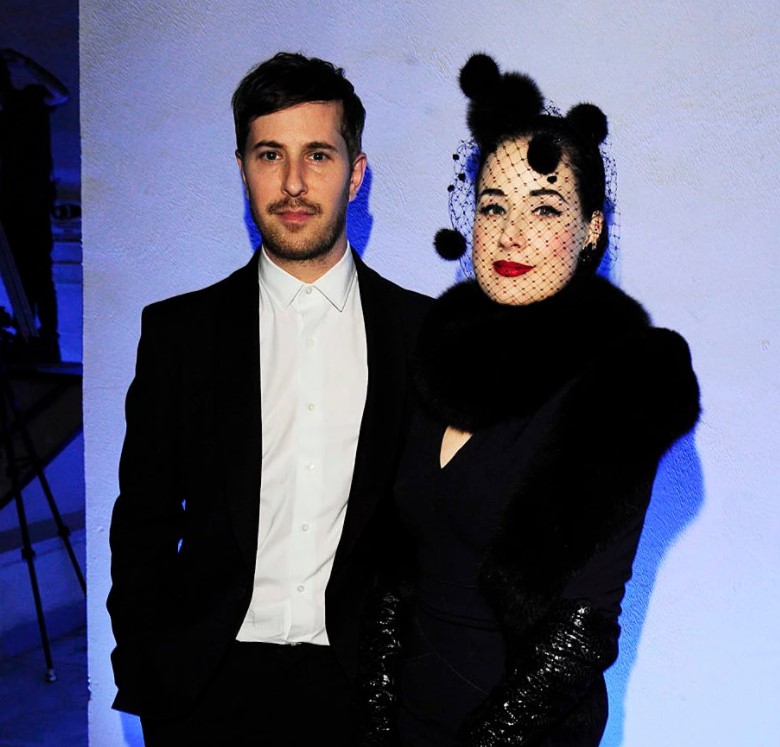 Dita Von Teese has quite great earnings from her professional career as a vedette, burlesque dancer, and actress. Having her career started initially as a dancer later becoming one of the sensational role models in the world of Hollywood, Teese has managed to amass a healthy fortune through her appearances in movies, music videos, fashion shows, and all.

Her net worth is estimated to be around $16 million.

Dita Von Teese is a gorgeous lady with a well maintained hour-glass body physique even in her 40s. She stands tall with a height of 5ft. 4inches. while her body weighs around 56kg. Her body measurement is around 37-22-35 inches with a bra size of 33B, 7(US) as her dress size, and 6.5(US) as her shoe size. She has a fair complexion with black hair and green eyes.

She has her own vintage style which she began following for a very long time.

Trivias About Dita Von Teese You Need To Know.