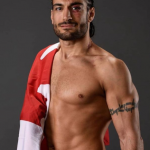 Elias Theodorou was a Canadian mixed martial artist who competed for the UFC in the Middleweight division where he was ranked 13th until his release and won The Ultimate Fighter Nations: Canada vs. Australia. Along with his fighting career, Theodorou was best known for being an advocate for the use of medicinal marijuana in combat sports. He was also the first professional athlete to receive a therapeutic use exemption for cannabis in North America in January 2020. His first professional fighting loss came after beginning his career 11-0. He lost to Thiago Santos. He fought and beat Cezar Ferreira to earn his 13th professional victory. He even appeared in many television series including The Listener, The Ultimate Fighter Nations, and The Amazing Race Canada. He was also known as The Spartan or Cardio King. Sadly, he passed away on 11th September 2022 at the age of 34.

Elias Theodorou dies at 34 due to stage four colon cancer that metastasized to the liver on September 11, 2022. He had been battling the disease for some time, but it was kept private from the public until his death. His publicist, Jess Moran, confirmed the former UFC fighter died Sunday in Toronto of liver cancer. He made his pro debut in June 2011 and was 8-0-0 in 2013 when he joined the cast of “The Ultimate Fighter Nations: Canada vs. Australia,” an edition of the UFC’s reality TV show featuring teams of aspiring Canadian and Australian MMA fighters. His last fight was a win over Bryan Baker last December on a Colorado Combat Club card. His pro record was 19 wins and three losses, with six wins in his last seven outings.

Where was Elias Theodorou From?

Elias Theodorou was born on 31st May 1988 in Mississauga, Ontario, Canada with the birth name of Elias Michael Theodorou. He held Canadian nationality and his ethnicity was Candian-Greek as he is of Greek descent. He lastly celebrated his 34th birthday. Elias had not shared the details about his parents and siblings details to the public. He was born into a Christian religious family. He attended Meadowvale Secondary School. He went to Humber College to earn a B.A Degree in Creative Advertising, but after Theodorou's first year in college, he chose to take MMA classes as a workout before opting to pursue MMA as a career. On 19th February 2020, he was the first MMA fighter and professional athlete in history to receive a sanctioned exemption for medical cannabis (TUE) in sport by a governing body via the British Columbia Athletic Commission.

How was the career of Elias Theodorou? 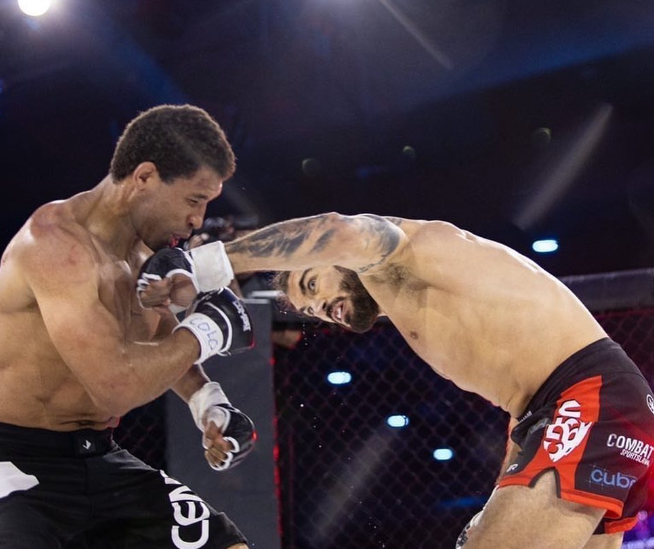 How much was Elias Theodorou's Net Worth?

Elias was a professional MMA fighter who had fought 22 times in his career. Elias Theodorous's net worth was estimated to have $3 Million as of 2022. He fought 11 times in the lucrative UFC, earning more than $450,000 just from fight checks. He had stated that he earns more money from his sponsors than his actual paycheck from bouts. For his last fight with the UFC, Theodorou earned $50,000. The paycheck included $40,000 to show and another $10,000 as a fight week incentive. As of 2019, Theodorou's career disclosed UFC career earnings is estimated to be around  $446,000. He earned $45,000 ($20,000 to show, $20,000 win bonus, $5,000 Reebok sponsorship) after defeating Cezar Ferreira on February 19, 2017. At the UFC Fight Night; MacDonald vs. Thompson, Theodorou, received $42,500 ($20,000 to show, $20,000 win bonus, $2,500 Reebok sponsorship) where he won against Sam Alvey. He serves as a "ring boy" for the all-female MMA promotion Invicta Fighting Championships. He was making his salary in thousands of dollars before his demise. He was living a lavish lifestyle. His property details and car collection is still to get unfolded yet.

Who was Elias Theodorou's Girlfriend?

Elias Theodorou was an unmarried man till his lifetime but he was in a relationship with his beautiful longtime girlfriend whose name goes by Max Altamuro. Max works as a retail manager for a company in Toronto. The duo was living a happy life prior to the death of Elias. They also competed in the third season of The Amazing Race Canada. Unfortunately, the duo got eliminated in the latter stages of the competition. He had no children. His sexual orientation was straight. 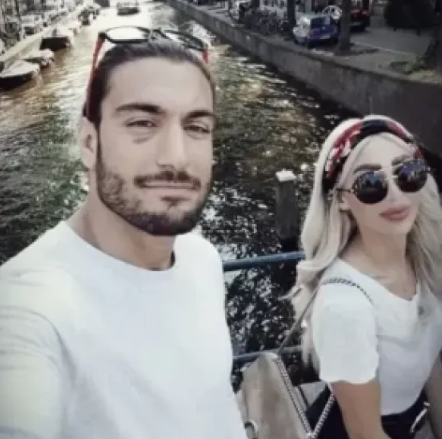 How tall was Elias Theodorou?

Elias Theodorou had a tall height of 6 feet 1 inches or 1.85 m with a body weight of 185 lbs or 84 Kg or 13.2 st. His highest reach was 75.5 in or 192 cm. His body type was athletic-muscular. He had blue eyes with black long hair. He maintained his body a lot by doing frequent exercise and he was very conscious about his food intake.

Trivias About Elias Theodorou You Need To Know.