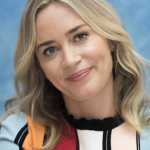 Emily Blunt is a British-American actress and voiceover artist. She rose to prominence with her role as Emily Charlton in the 2006 American Comedy-drama film "The Devil Wears Prada". She is known for her role in films such as "My Summer of Love", "Irresistible", "Dan in Real Life", "The Young Victoria", "The Adjustment Bureau", "Looper", "A Quiet Place", "Mary Poppins Returns", "The Quiet Place" and her other appearance TV series includes "Boudica", "Henry VIII", "The Simpsons", "Saturday Night Live", "Angelina Ballerina: The Next Steps", "Lip Sync Battle" and more. She is the recipient of several accolades, including a Golden Globe Award and a Screen Actors Guild Award, in addition to nominations for three British Academy Film Awards. Forbes ranked her as one of the highest-paid actresses in the world in 2020. In 2021, she starred in the sequel "A Quiet Place Part II" and the adventure film "Jungle Cruise".

What is Emily Blunt Famous For?

What is Emily Blunt's Nationality?

Emily Blunt's birth name is Emily Olivia Leah Blunt. Her birthdate is 23rd February 1983. She is from London, England. She holds American-British nationality and her ethnic background is Mixed. Her religious belief is Anglican/Episcopalian. Her present age is 39 as of 2022. Her father, Oliver Simon Peter Blunt is a barrister by profession, and her mother, Joanna Mackie is a teacher and a former actress by profession. She has 3 siblings namely Susannah Blunt, Felicity Blunt, and Sebastian Blunt, who is an actor. Her grandfather, Peter Blunt was Major General Peter Blunt, and one of her paternal uncles Crispin Blunt is a Conservative member of parliament for Reigate. She attended Ibstock place school and Hurtwood House. She was also a board member of "American Institute for Stuttering".

Who is Emily Blunt's Husband?

Emily Blunt is a married woman. She tied a knot with her husband, John Krasinski, an actor by profession. They got married on 10 July 2010. Their engagement date is August 2009. They started their relationship in November 2008. They are also the proud parents of two daughters, Violet Krasinski (Born in 2016) and Hazel Krasinski (Born in 2014). They together bought a house in the Brooklyn Heights neighborhood of New York City. They are enjoying their life a lot. 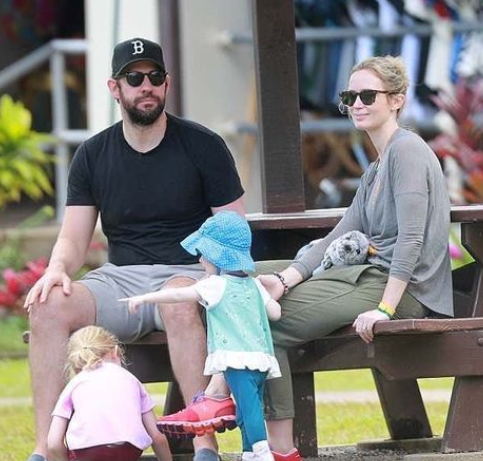 Everything To Know About John Krasinski

How Rich is Emily Blunt?

Emily Blunt is a successful actress who has worked in many movies and shows. Emily Blunt's net worth is believed to have $80 million as of 2022. Also, she is making a cool amount of money from her brand endorsement such as "Yves Saint Laurent Perfume", "Roland Mouret", "Westward", "Alice + Olivia Devon", "Jimmy Choo Baxter Wedges", "Lorraine Schwartz", "Dolce & Gabbana". She made around $8 million to $10 million per film. She is living a lavish lifestyle at present.

How tall is Emily Blunt?

Emily Blunt is a gorgeous actress standing at the height of 5 ft 7.5 inches or 1.71m. Her body build is athletic. Her body weight consists of 52 Kg or 115 Ibs. She has a pair of blue eyes color and her hair color is dark brown. Her body measurement is 34-23-35 inches. She wears a shoe size of 9 US.