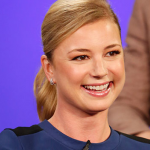 Emily VanCamp is an actress who was best known for portraying the female lead character as Nicolette "Nic" Nevin in Fox medical drama series The Resident, which debuted in January 2018 as a midseason entry in the 2017-18 US television season. She has played lead roles in other series such as The WB's Everwood and ABC's Brothers & Sisters. She played the role of Sharon Carter/ Agent 13 in Captain America: The Winter Soldier (2014) and Captain America: Civil War (2016).
She is a Canadian citizen. She is active since 1999. 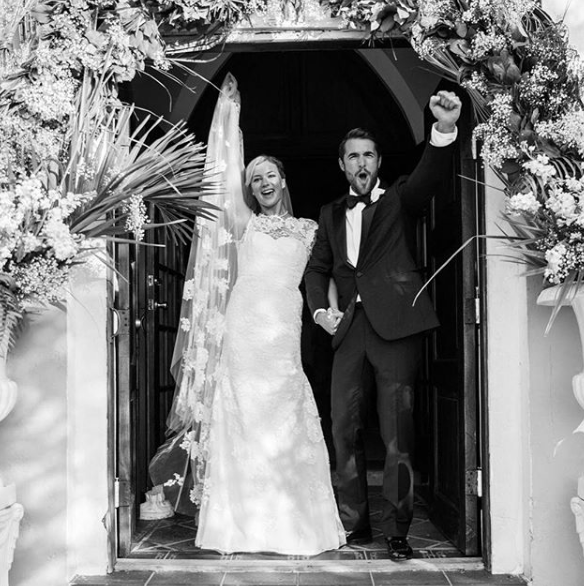 Emily knows French and speaks fluently. She loves dancing and teaches people how to dance when she is free. Her main inspiration is her sister Katie, who helped her in every step in career building. She loves watching science fiction movies and TV series. The favorite genre of her is ‘Zombie’ and has attended almost all films and TV series of the same genre. Emily still watches old movies, as she loves acting of Meryl Streep and Gene Kelly. She loves cooking food every weekend. Her face is similar to her mother’s face.

A Canadian actress, Emily VanCamp was born as Emily Irene VanCamp on May 12, 1986. She was born in Port Perry, Ontario, Canada. The name of her mother is Cindy. Similarly, her father’s name is Robert VanCamp. His father works as an animal nutritionist.
Since an early age, she started dancing. Specifically, she started loving dance since the age of three. During her childhood, she grew up in her hometown. Moreover, she grew up in an English-French speaking family. For her education, she went to some school and college. Mainly, she focused on dancing and learned dancing at Les Grands Ballets Canadiens. She has a mixed ethnicity of Belgian and Dutch descent.

Emily VanCamp began acting career by acting in a TV show, Are You Afraid of the Dark? This was in the year 2000. The same year, she also acted in Radio Active. Previously, she worked for her father before joining acting.
When she visited her sister in the film set of Ladies Room, she began dreaming of acting. Afterward, she played minor roles in many films and television series. Discussing her film debut, she made it in 2001 in a film, Lost and Delirious.
Then, she featured in films like No Good Deed, Rings, Black Irish, Norman and others from 2002 to 2010. In the meantime, she joined the cast of the TV show, Everwood in 2002 in the lead role of Amy Abbott. This raised her fame in the industry.
Afterward, she portrayed ‘Rebecca Harper’ in show, Brothers & Sisters from 2007 to 2010. Additionally, this made her even more famous in the industry. Then from 2011 to 2015, she played in a hit TV series, Revenge.
Furthermore, she acted as Sharon Carter in two installments of Captain America in 2014 and 2016. They are Captain America: Winter Soldier and Captain America: Civil War. In 2018, she is all set to appear in series, The Resident as Nicolette.

Emily VanCamp: Salary and Net Worth

Born-Canadian actress, Emily is in the entertainment field since 1999, and she is still giving her best. Through her hard work, she has earned good fame and net value. Her per episode pay is whopping $55 thousand, which is equal to the annual salary of most new journalists. Apart from her per episode earning, her steady income is measured to be $41 thousand per month, i.e., almost $500 thousand of annual salary.
As of 2017, Her net worth is $8 million. This includes her income from different events and more. Her net value also comprises her $1.5 million houses, situated in Hollywood Hills.

Emily VanCamp is engaged as of now. Currently, she is engaged to Josh Bowman. The engagement ceremony happened on May 11, 2017. Josh is an actor whom she met while filming Revenge. They dated for a long time before they got engaged. The couple began dating since 2011. The lovebirds are often caught kissing and loving each other in the public. Currently, they live a happy engaged life. As they have recently disclosed their engagement, they might give another shock ‘secret marriage’ soon!
Before this, she was in a short-lived relationship with Joseph Morgan. Their affair lasted from 2010 to 2011. Prior, she also dated an actor, Dave Annable from 2007 to 2008. Also from 2004 to 2006, she and Guardians of the Galaxy star, Chris Pratt dated each other. But it did not last long. And they went separate ways at last.

Rumors and Controversy of Emily

Emily VanCamp avoids any media tittle-tattle. Although she is in the entertainment industry for a long time, she is not part of any significant controversies Similarly, she stays away from any hot topics in the media and public. This helps to maintain her low key life, which is free of rumors and controversies.

Emily VanCamp has a beautiful body. She stands tall at a height of 5 feet 8 inches. And her weight is around 56 kg. Similarly, she has a body figure of 34-24-35 inches. Beautiful Emily VanCamp has dark brown eyes. And her hair is of blonde color. Also, her dress size is 4.

Emily VanCamp is active on all sorts of popular social media platforms. Presently, she has more than 556k followers on Twitter. Additionally, more than 389k and 5.5k fans follow her on Instagram and Facebook respectively.