Eminem (King of Hip Hop) is an American rapper, songwriter, record producer, and actor who is the best-selling artist of the 2000s in the USA. Throughout his career, he has had 10 number-one albums on the Billboard 200 and five number-one singles on the Billboard Hot 100. He won the Best Rap Album Grammy for three consecutive albums; The Slim Shady LP (1999), The Marshall Mathers LP (2000), and The Eminem Show (2002). He released his debut album Infinite on March 12, 1996, through Web Entertainment. Eminem could sell only 1000 copies of the underground hip-hop album. In 2000, he appeared in the American horror/comedy film Da Hip Hop Witch as himself. The film is a parody of The Blair Witch Project. He started rapping at the age of 14 along with his friend. He took the name "M&M", which later changed to "Eminem".

What is Eminem Known For?

What is Eminem's Real Name?

Eminem's real name is Marshall Bruce Mathers III. He was born on 17 October 1972, in St. Joseph, Missouri, USA. His nationality is American and he is of English, German, Swiss-German, and Scottish ethnicity. He is the only child of Marshall Bruce Mathers, Jr. and Deborah Rae Nelson. His parents were in a band called Daddy Warbucks. His father left the family when he was a small kid. His mom was diagnosed with stage four breast cancer in the past. He has three half-siblings; Sarah Mathers (Half-Sister), Michael Mathers (Half-Brother), and Nathan Mathers (Half-Brother). He settled on the Eastside of Detroit when he was 12. Eminem attended Lincoln High School in Warren, Michigan. At age 14, Eminem began rapping with high-school friend Mike Ruby. He dropped out at the age of 17. He also competed in the 1997 Rap Olympics, where he was placed second. 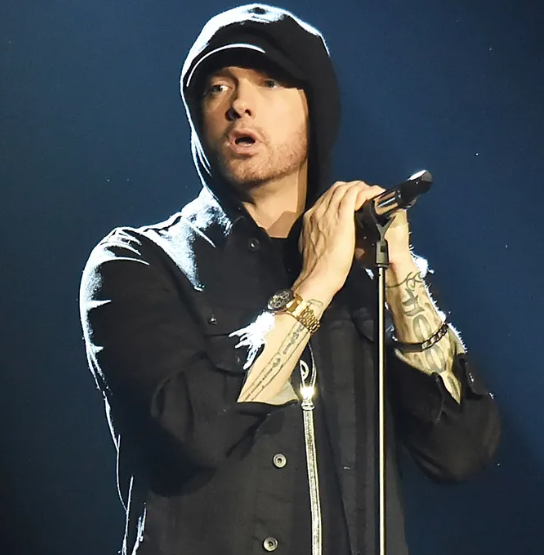 With global sales of over 220 million records, Eminem is one of the best-selling music artists of all time. He has had thirteen number-one albums on the Billboard 200: nine solo, two with D12, and one with Bad Meets Evil. Eminem's awards are 15 Grammy Awards, eight American Music Awards, and 17 Billboard Music Awards, Billboard named him the "Artist of the Decade (2000–2009)". He was also nominated in the Rock and Roll Hall of Fame Class of 2022, alongside Duran Duran and Dolly Parton.

Who is Eminem married to?

Eminem was once a married man to Kimberly Scott. He met Kim in high school when he was 15 and she was 13. In 1989, they started dating each other. They dated ON and OFF and engaged in April 1995. Their daughter Hailie was born in 1995. The couple got married on 14th June 1999. They later divorced in 2001. After that, they briefly remarried in January 2006. He filed for divorce less than a year of their marriage. Their divorce was finalized later that year. He has custody of Anne’s daughters from a previous relationship, Whitney Scott Mathers, and Alaina Marie Mathers. At present, he is single. His sexual orientation is straight. 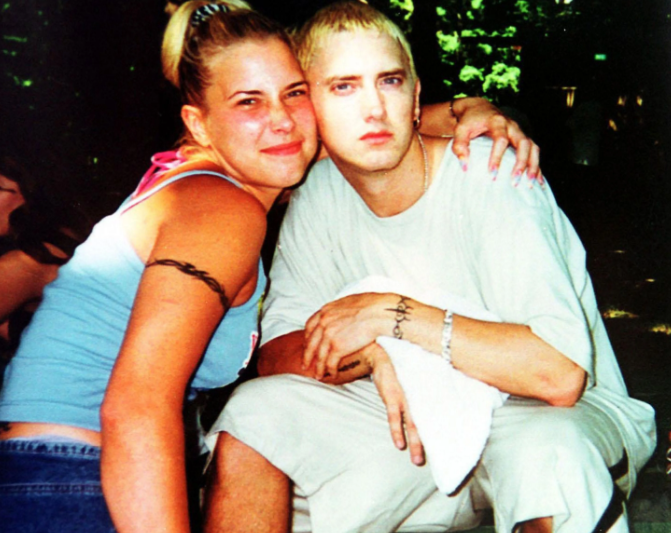 How Rich is Eminem?

How tall is Eminem?

Eminem is a handsome rapper with a good height of 5 feet 8 inches and his bodyweight is 68 kg. He has dark brown hair color and his eye color is blue. His shoe size is 10(US). He has also inked a lot of tattoos on his body. He has a healthy body.