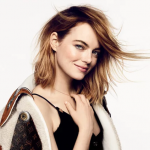 The well-known American actress is Emily Jean Stone. She is professionally known as Emma Stone. In 2017, she was the highest-paid actress in the world. She appeared in Forbes Celebrity 100 in 2013 and the Time 100 in 2017 and has been cited in the media as one of the most talented actresses of her generation.

Emma Stone’s real name is Emily Jean Stone. She was born on 6 November 1988 at Scottsdale, Arizona, U.S. She was born to Krista Jean Stone who was a homemaker and Jeffrey Charles Stone who was the founder and CEO of a general contracting company. She has the younger brother named Spencer Stone. She has German, English, Scottish and Irish ancestry. She was educated at Sequoya Elementary School and attended Cocopah Middle School for the sixth grade. She attended Xavier College Preparatory‍ which is ‌an all-girl Catholic high school‍ but dropped out after one semester to become an actress.

Stone’s weight is 53 kg and height is 1.68 m. She has hazel green eyes and blonde color hair. Overall, she has a balanced and healthy body.

Stone’s net worth is estimated to be $28 million.

Trivias About Emma Stone You Need To Know.