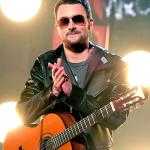 Kenneth Eric Church popularly known as Eric Church is an American country music singer and songwriter. He released his debut album, Sinners Like Me in 2006. He has already released six studio albums to date. He is best known for his singles "Drink in My Hand", "Springsteen", "Homeboy", "Creepin", "Like Jesus Does", "Love Your Love the Most", "Hell on the Heart", "Talladega", "Give Me Back My Hometown", "Raise 'Em Up", "Record Year", and "Round Here Buzz" among others. He has over 972k followers on his [email protected] 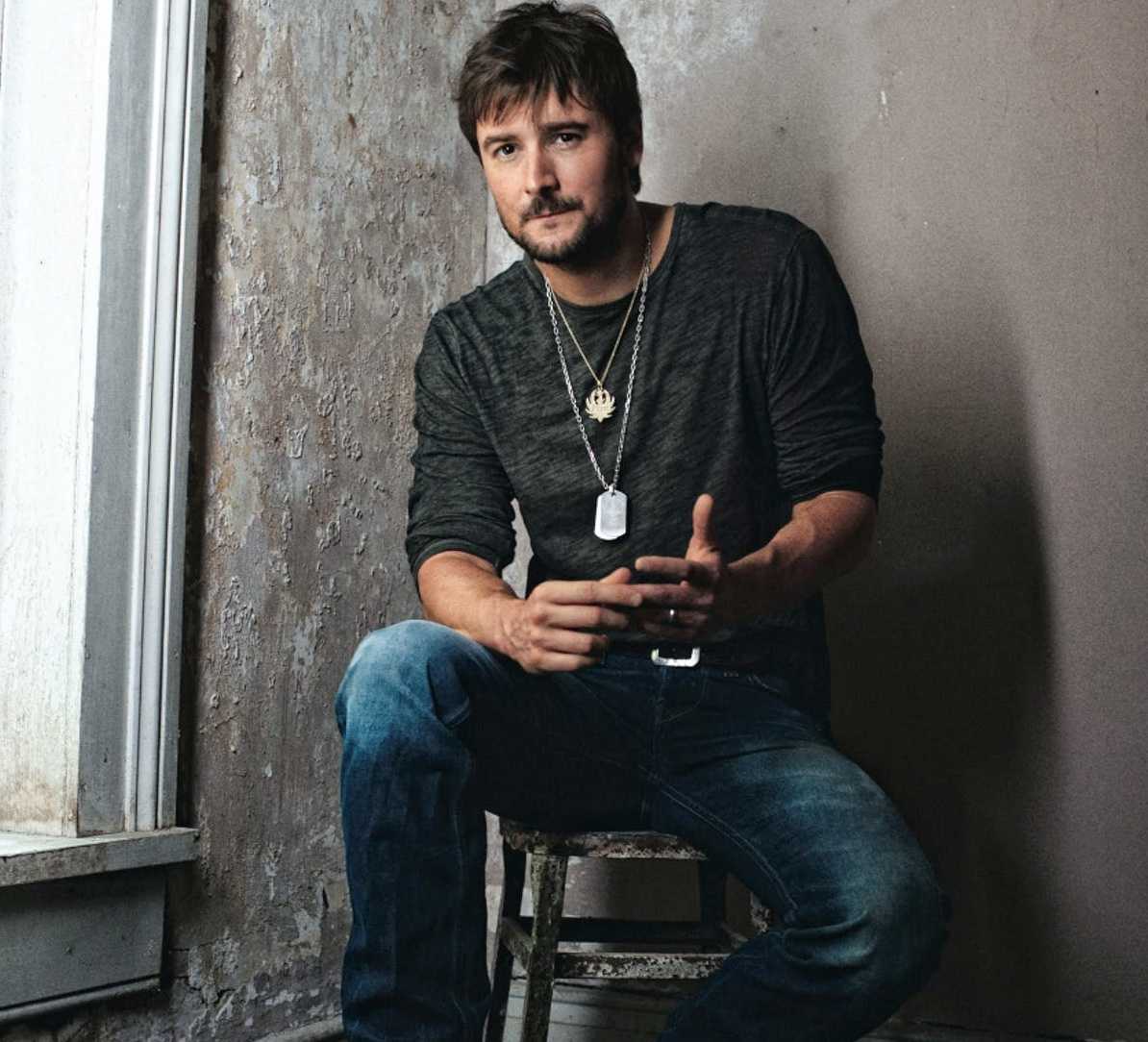 What is Eric Church Famous For?

Where was Eric Church Born?

Eric Church was born on 3 May 1977. His birth name is Kenneth Eric Church. His birth place is in Granite Falls, North Carolina in the United States. He holds American nationality. He was born to a father, Ken Church, and a mother, Rita Church. He belongs to white ethnicity. His zodiac sign is Taurus. He had a younger brother, Brandon Church who died in March 2018. He bought a guitar at the age of 13. He then began writing his own songs. He used to work at a furniture upholstery company, where his father was president. He attended South Caldwell High School. By his senior year of high school, he had found a gig at a local bar. He played at bars with his band, Mountain Boys. The band consisted of his college roommate, brother, and a fellow guitarist. After graduating from high school, he enrolled at the Appalachian State University, where he obtained a degree in Marketing. 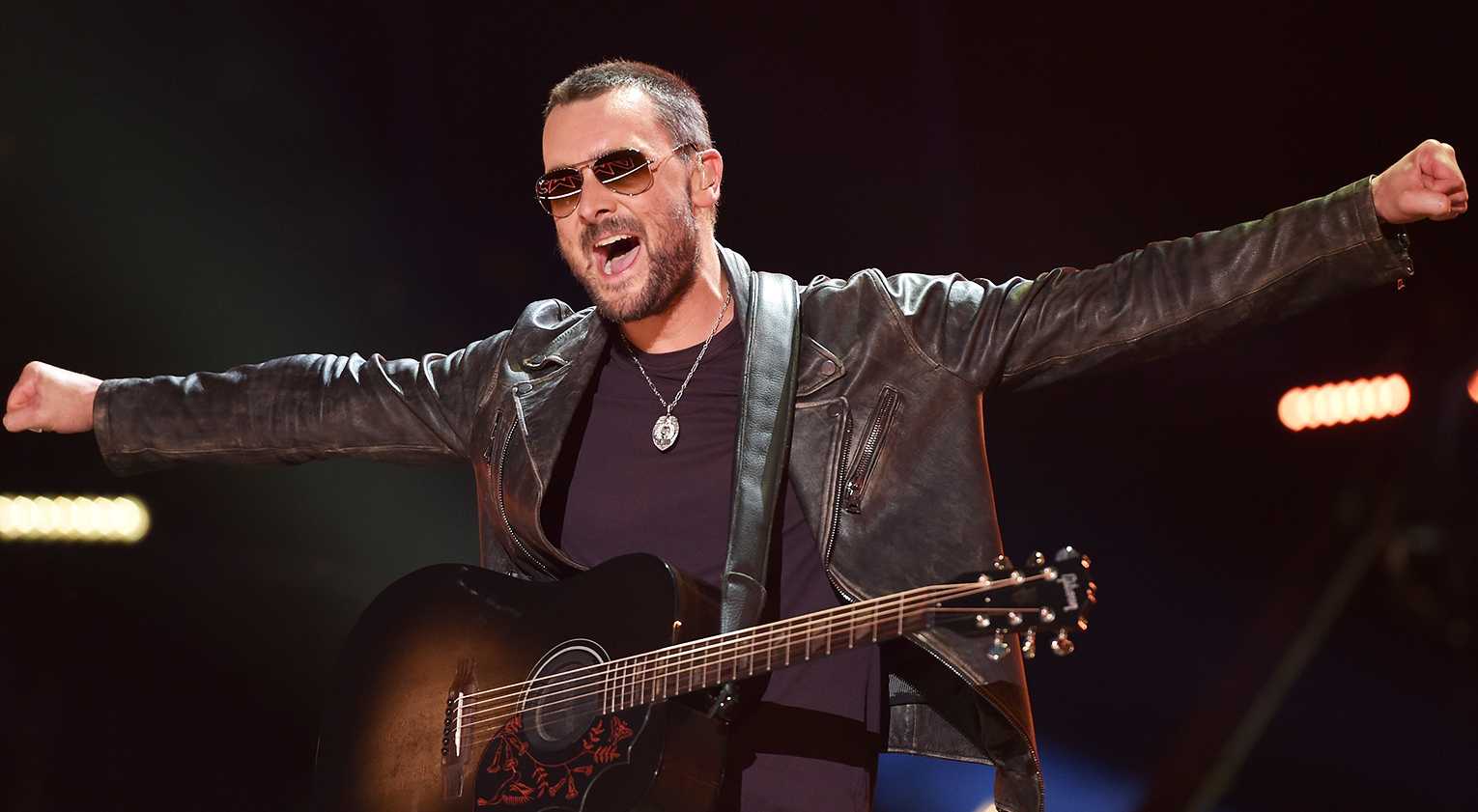 Capitol Nashville showed interest in signing a record deal with Church. But, they were not convinced enough. They later signed him after he started working with producer Jay Joyce.

He released his debut single "How 'Bout You".

He later released his debut studio album, Sinners Like Me in 2006. His hit singles from his debut album are "How 'Bout You", "Two Pink Lines", and "Guys Like Me".

Taylor Swift was just starting her career at this time. Church was selected to tour with Brad Paisley and Rascal Flatts. However, he was fired from opening for Rascal Flatts after repeatedly performing for longer than his allotted time. Swift replaced Church. Church told Swift that she would thrive on the tour and joked that she should give her first gold record to him as thanks. Swift later did give him her first gold record with an attached note saying, "Thanks for playing too long and too loud on the Flatts tour. I sincerely appreciate it. Taylor". 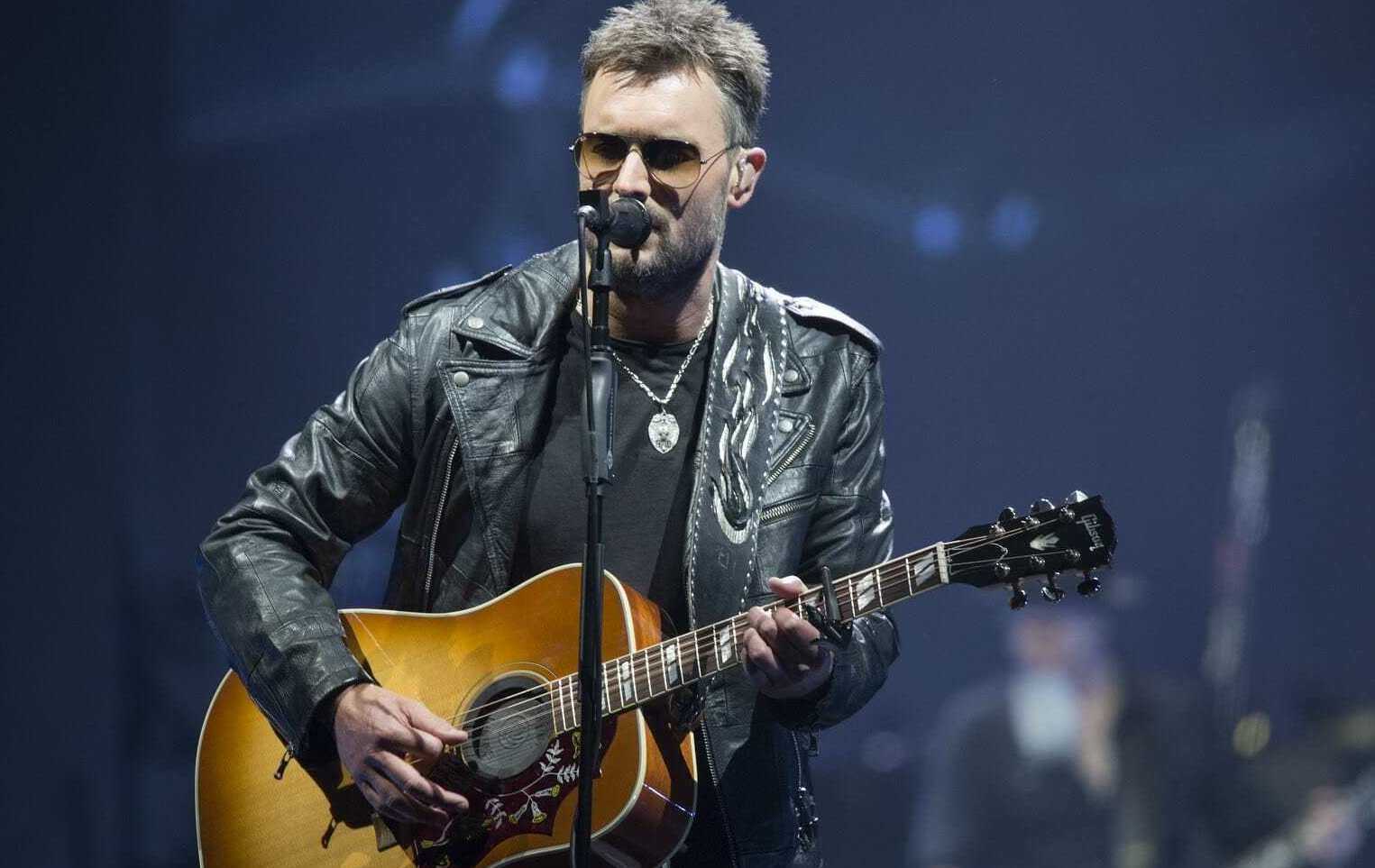 He released his second album, Carolina in March 2009. It includes his best singles "Love Your Love the Most", "Hell on the Heart", and "Smoke a Little Smoke".

He released a four-song EP, Caldwell County in January 2011.

He released his third album, Chief in July 2011. It includes his first No. 1 single, "Drink in My Hand" and other hit singles "Homeboy", "Springsteen", and "Like Jesus Does".

He released his first live album, Caught in the Act in April 2013.

He announced to take some time off from music in 2013 to focus on his songwriting and musical direction. 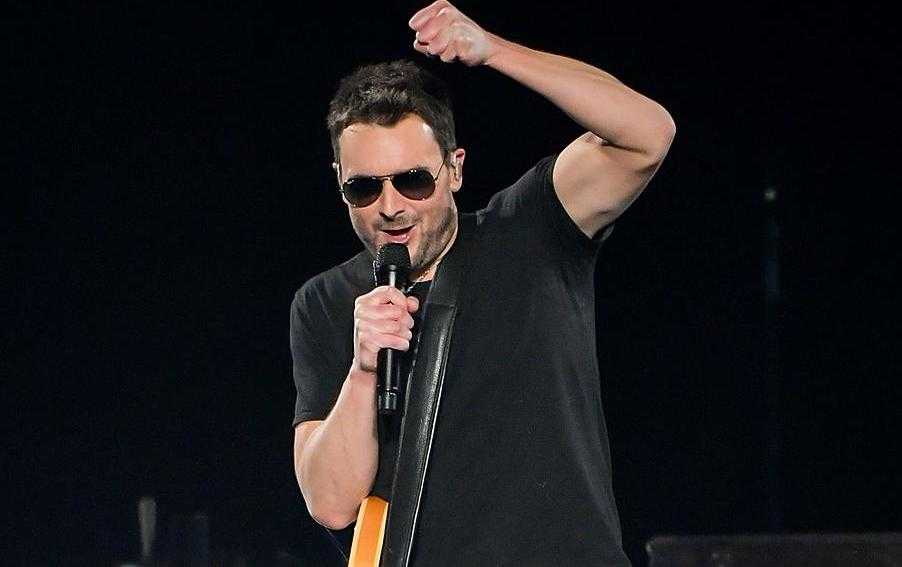 He released his fourth studio album, The Outsiders in February 2014. The album includes hit singles such as "The Outsiders", "Give Me Back My Hometown", and "Talladega".

He also released his compilation album, 4 Album Collection in the same month.

He released his fifth album, Mr. Understood as a surprise in November 2015. The album was released with no fanfare and no promotional advertisements. The album includes hit singles such as "Mr. Understood", "Record Year", and "Round Here Buzz".

He released his second EP, Mr. Understood: On the Rocks, Live and (Mostly) Unplugged in November 2016.

He played his biggest solo tour, Holdin' My Own Tour from January through May 2017. The tour featured 62 shows in 61 cities.

He released a limited run vinyl box set live album titled 61 Days in Church in November 2017. The collection includes 124 tracks all of which were recorded live at the 61 shows of his 2017 tour.

He released his sixth album, Desperate Man in October 2018. 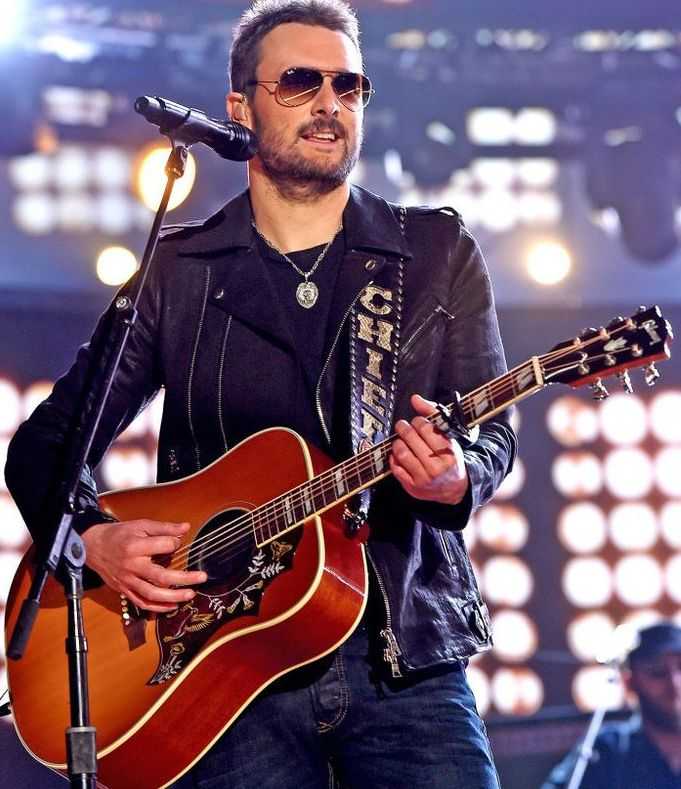 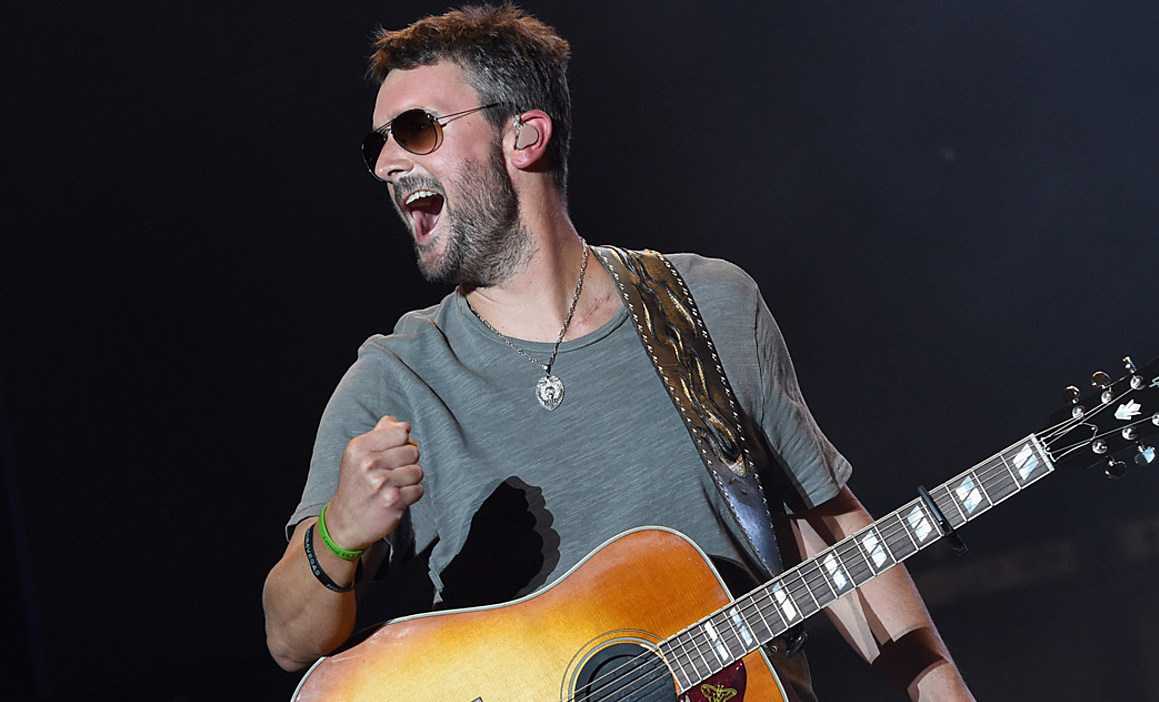 2012 American Country Award (Song of the Year) for "Springsteen". 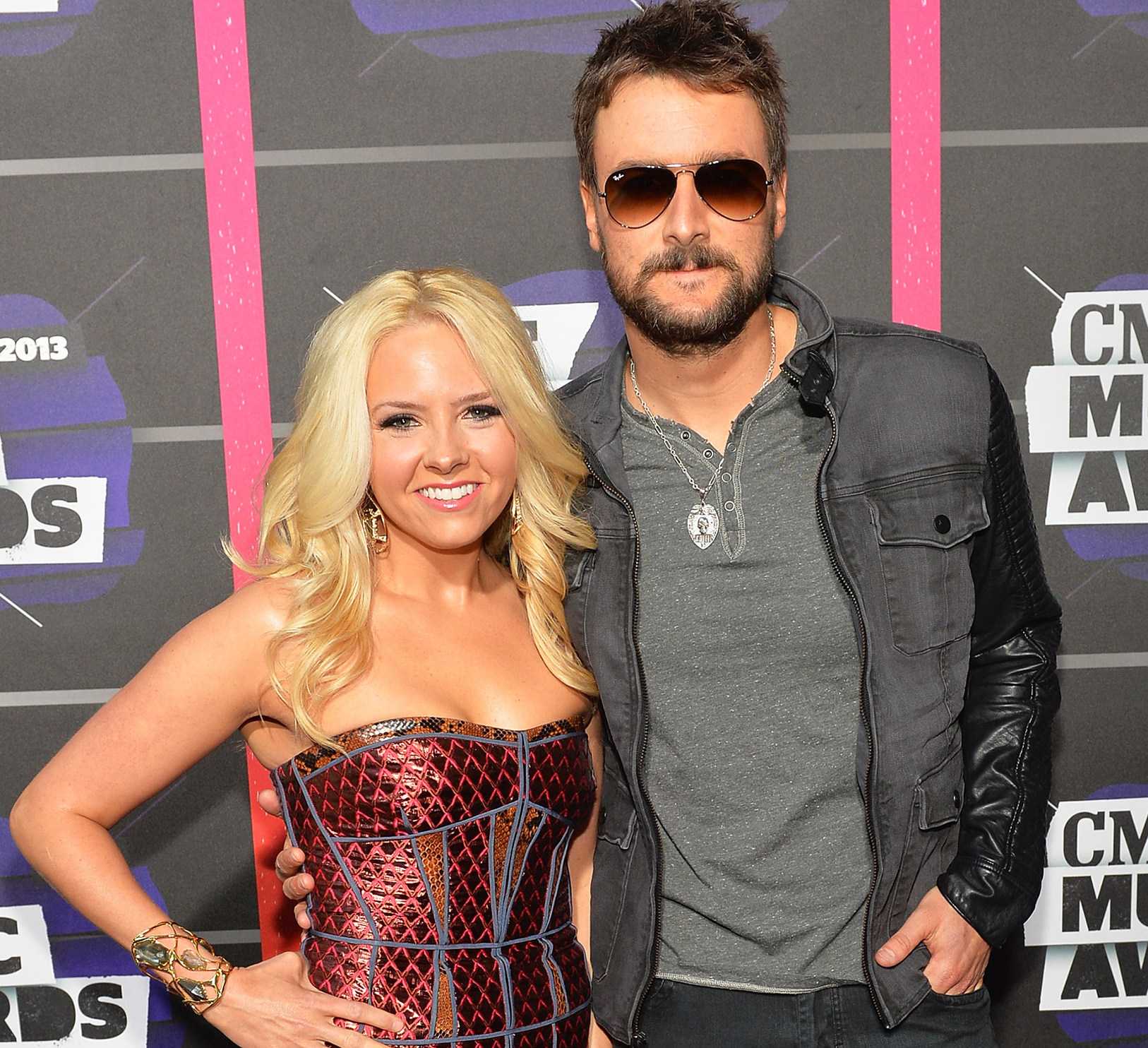 Who is Eric Church Married to?

Eric Church is a married man. He is married to music publisher Katherine Blasingame. They tied a knot to each other on 8 January 2008. He performed the song "You Make It Look So Easy" at the wedding. The couple welcomed their first son, Boone McCoy Church in October 2011. The couple welcomed their second son, Tennessee Hawkins "Hawk" Church in February 2015. They live in Nashville.

Eric Church was previously engaged to the Spanish teacher. His future father-in-law persuaded him to a corporate career. He rejected and insisted to pursue a career in music. Her then-fiancee then ended the engagement. 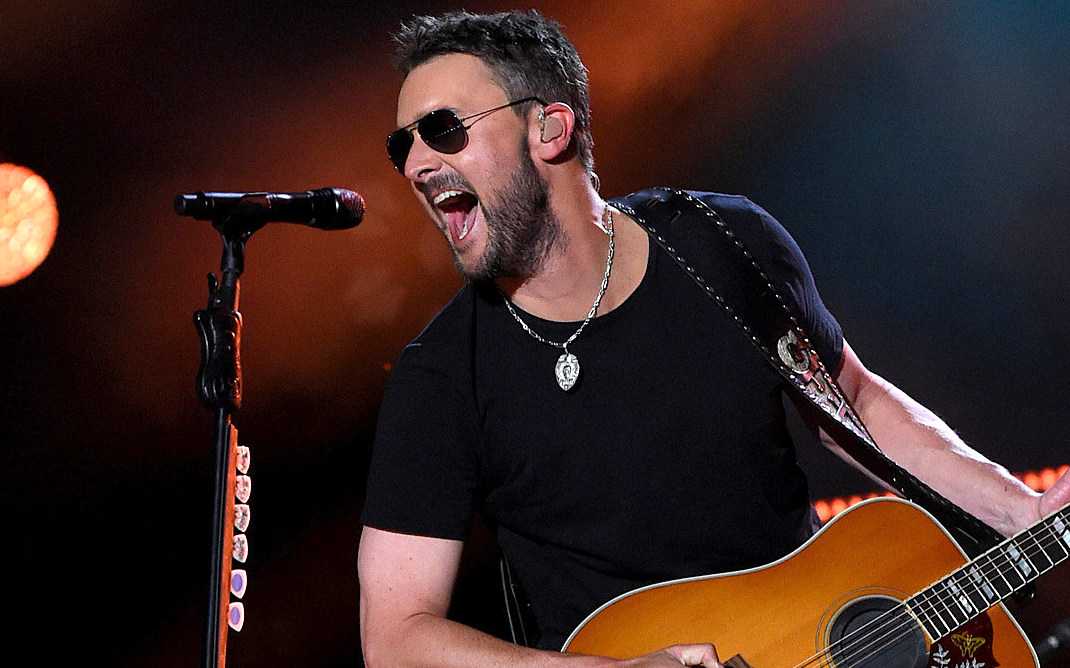 What are Eric Church Body Measurements?

What is Eric Church Net Worth?

Eric Church is a popular country musician. He earns from his career in the music industry. His income comes from record sales, contracts, concerts, tours, and endorsements. His net worth is estimated at $14 million.