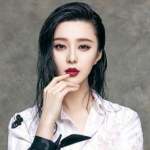 The Chinese actress, model, television producer, and pop singer is Fan Bingbing. Since 2013, she has been listed as the highest-paid celebrity in the ‘Forbes China Celebrity 100’ list for four years in a row. She is one of the highest-paid actresses in the world and has been called a global fashion icon due to her frequent appearances on the red carpet, movie premieres, and fashion shows.

She has been missing for several months. Her disappearance may lead to tax evasion. Even the Chinese newspaper reported that she was banned from leaving the country. But this story was retracted later

She was born 6 September 1981 at Qingdao, Shandong, China. She was born to Fan Tao and Zhang Chuanmei. She graduated from Shanghai Xie Jin Film and Television Art College and Shanghai Theatre Academy.

Fan’s height is 1.68 m and weight is 51 kg. Her hair color is brown and the eye color is black. Overall, she has the balanced and healthy body.

Fan’s net worth is estimated to be $100 million.

Trivias About Fan Bingbing You Need To Know.