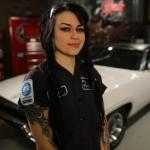 Faye Hadley is an American automotive technician, teacher, and entrepreneur. She is the cast member of a female-oriented television show, All Girls Garage for its second season. She is also the owner of Piston & PixieDust (mobile automotive repair and education by women, for women). She has also founded an organization of tradeswomen, #WomanAndMachine. Previously, she did an unpaid internship in a Volkswagen repair show as she could not afford to repair her Volkswagen GTI car. Moreover, she has earned a degree in psychology from Harvard and she is also a licensed therapist before her career began in the automobile industry.

What is Faye Hadley Famous For? 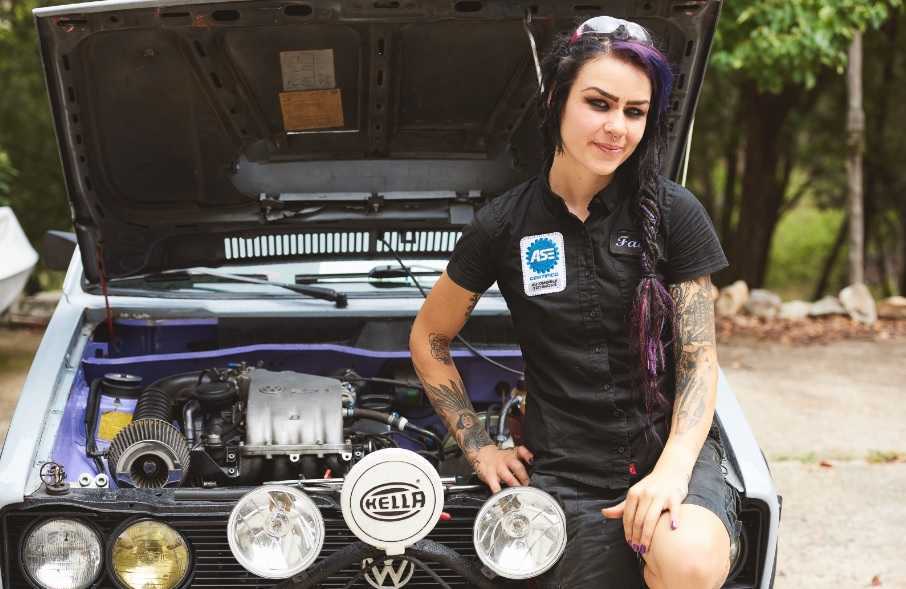 Where is Faye Hadley From?

Faye Hadley was born on 25 September 1986. Her birth place is in the United States. She holds American nationality and her ethnicity is American-White. Her father has a Ph.D. from MIT. Under the influence of her father's educational qualification, she was also one of the brilliant students during her high school and college education years. Her present age is 35 as of 2021. Her zodiac sign is Libra and her religion is Christian. She has not disclosed anything about her parents' name and siblings details to the public.

Hadley's interest in vehicles and machinery grew during her upbringing. While in college, she once bought a Volkswagen GTI and went on a road trip in 2007. After returning from the trip, her car's engine blew up. As she couldn't afford its repair, she then got an unpaid internship at a Volkswagen garage, where she learned to repair engines. She also swept floors and emptied the oil drain containers there.

Later, she was accepted to Harvard University. She graduated with a degree in psychology from Harvard in 2010. 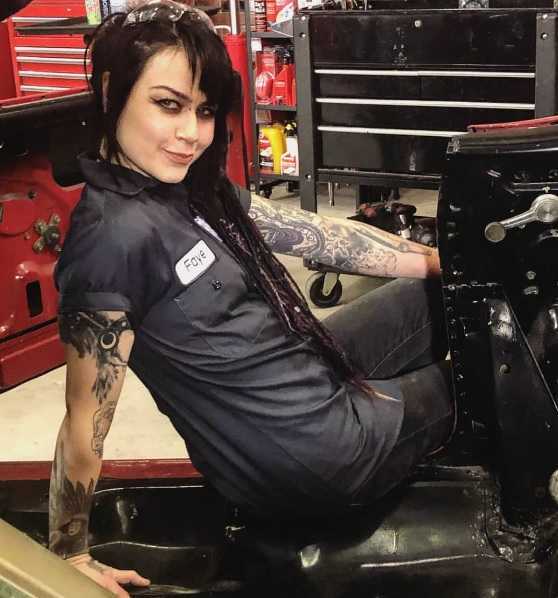 Who is Faye Hadley Married to?

Faye Hadley is a married woman. She is married to her best friend and a wood artist, Brandon Hadley. They started dating in 2015. The couple tied a knot to each other on Faye's birthday on 25 September 2016. Today, the couple is leading a happy life and they don't have any children at present. Her sexual orientation is straight.

What is Faye Hadley Net Worth?

Faye Hadley mostly earns from her mechanic career in the automobile industry. She has successfully established a mobile automotive repair and education company, Pixie & PixieDust. Her net worth is estimated at $65,000 as of 2022. She has not stated anything about her career earnings, annual salary to the media. But there is no doubt in the mind of her followers that she is making a considerable amount of money from her present work. She is living a modest lifestyle.

Faye Hadley is a beautiful woman with a luring body figure and looks. She stands at the perfect height matching with her body weight. Her exact body measurements is still to get revealed yet. She has dark brown eyes and her hair color is black. She has inked several tattoos on her body. Overall, she has got a healthy body with a charming personality. 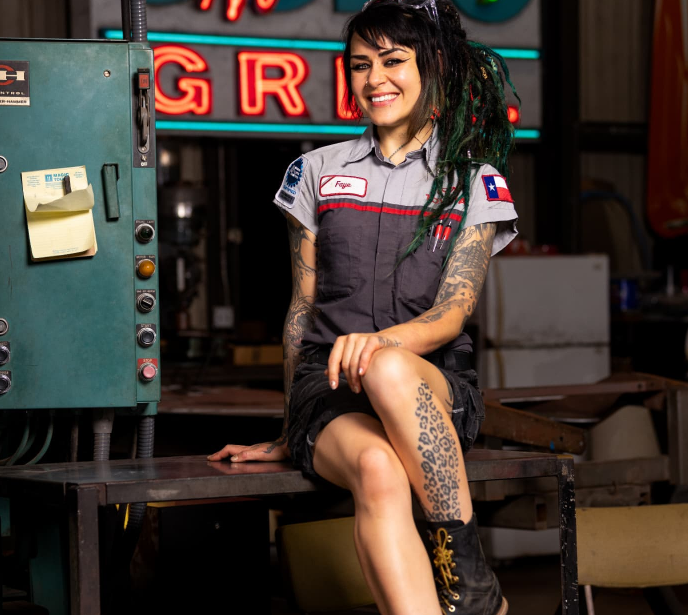