An American professional boxing promoter and the former professional boxer is named as Floyd Mayweather. He started competing from the year 1996 to 2007 and 2009 to 2015 and made a one-fight comeback in the year 2017. He held multiple world titles in five weight classes and the lineal championship in four weight classes (twice at welterweight), and retired with an undefeated record in his career. He is a two-time winner of The Ring magazine's Fighter of the Year award (1998 and 2007), a three-time winner of the Boxing Writers Association of America Fighter of the Year award (2007, 2013, and 2015), and a six-time winner of the Best Fighter ESPY Award (2007-2010, 2012-2014). He topped the Forbes and Sports Illustrated lists of the 50 highest-paid athletes of 2012 and 2013, and the Forbes list again in both 2014 and 2015, listing him as the highest-paid athlete in the world. He has generated approximately 23.8 million PPV buys and $1.67 billion in revenue throughout his career. He is nicknamed as Pretty Boy, Money Mayweather. Currently, he has retired from his professional career. 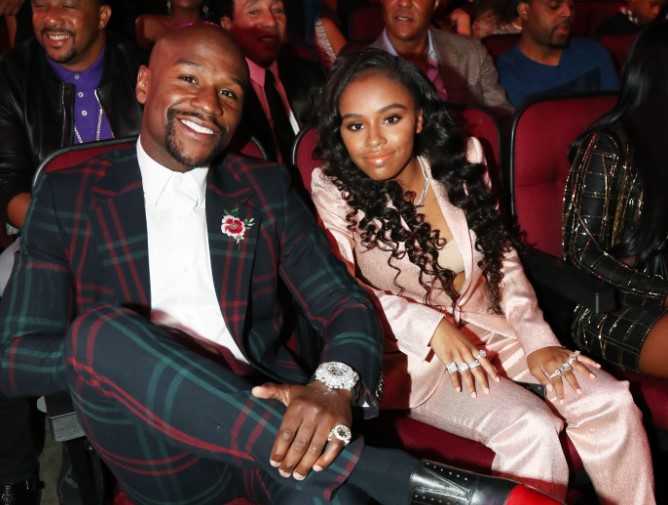 Floyd Mayweather Reportedly "Deadly Serious" About Pacquiao Rematch. Floyd Mayweather might not be done fighting after all. The 50-0 boxer called out Manny Pacquiao last month and he is reported "deadly serious" about their rematch. TMZ Sports recently caught up with Stephen Espinoza, the President of Programming for Showtime Sports, who revealed that Mayweather isn't just talking about coming out of retirement, he is for real. "Having spoken to Floyd, I know he's deadly serious about it. He's very, very serious about wanting the fight," says Espinoza. The two fighters have both been teasing a rematch in recent weeks and judging from their comments, as well as recent remarks made by Stephen Espinoza, it appears a rematch is more likely than not to occur in the near future.

Floyd Mayweather was born on 24th February 1977 with the birth name of Floyd Joy Mayweather Jr. in Grand Rapids, Michigan, US. Currently, his age is 41. His birth nation is United States. His horoscope sign is Aquarius. He was born to Floyd Mayweather Sr. and Deborah Sinclair, his parents. As he was born to American parents, his nationality is American. He also has siblings named Fannie Orr (Sister), Justin Jones (Brother), Deltricia Tawanna Howard (Sister). His ethnicity is Black. His religion is Christianity.

Moving towards his education, Floyd Mayweather Jr. attended Ottawa Hills High School in Michigan. However, he dropped out of school early.

Floyd has a very attractive and strong body. His body build is Athletic. Talking about his body features, he stands 5 ft 7 in and has a balanced weight of 70 Kg. The color of his hair is black and the eye is dark brown. His sexual orientation is Straight. His chest size is 40 in, arms size is 14.5 in and waist size is 31 in.

Moving towards her private life, Floyd Mayweather is a married man. His personal life is not as successful as his career life. He has been in an affair with several women.

His first date was with Erica Dixon. Later from 1993 to 2007, he dated Josie Harris. They were in live-in relations for 14 years and later they got separated due to some reason.

After Josie, he dated Melissa Brim for two years.

Then again, from 2006 to 2014, he was in an affair with Shantel Jackson. While dating Jackson, he was also in an affair with Rozonda, Keyshia Cole, Jessica Burciaga, and Princess Love. He was never loyal to his girlfriend.

Currently, he is dating Abbie Holborn. Floyd was linked with reality TV star Abbie Holborn in 2017 after she was seen partying with him and his crew at the Livello Nightclub in Newcastle. The couple is living a happy and peaceful life. There is no sign of separation between them.

Floyd Mayweather is blessed with four children named Lyanna, Jirah, Koran, and Zion Shamaree Mayweather. His children are everything for him. He is loving and responsible as well.

Net worth of Floyd Mayweather

Trivias About Floyd Mayweather You Need To Know.