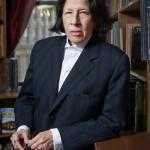 An American author, public speaker, and occasional actor, Fran Lebowitz is one of the highly celebrated personalities of the USA. Lebowitz is known for her sardonic social commentary on American life as filtered through her New York City sensibilities.

Fran is also called as a modern-day "Dorothy Parker." 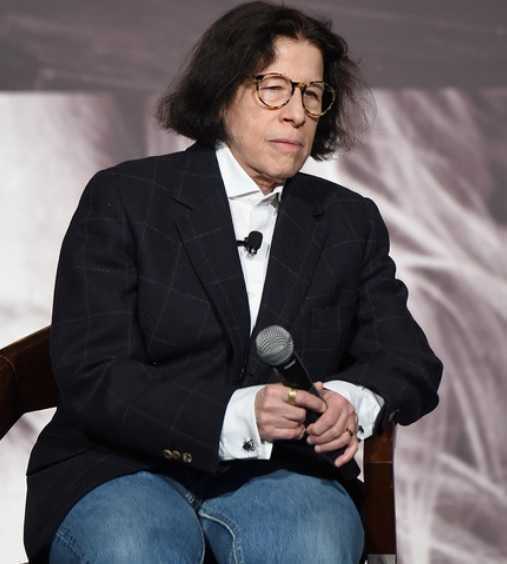 What is Fran Lebowitz Famous For?

- Fran is famous for her essay collections such as "Metropolitan Life", "Social Studies", and "The Fran Lebowitz Reader".

Who are Lebowitz and her family?

Fran Lebowitz was born on October 27, 1950, in Morristown, New Jersey, the U.S. Her birth name is Frances Ann Lebowitz. Fran was born in a conservative Jewish family to Harold Lebowitz(father) and Ruth Lebowitz(mother). Her parents owned a furniture store and upholstery workshop.

She has a sister named Ellen Lebowitz.

How was Fran Lebowitz's Early Life?

Celebrated essayist/humorist Fran Lebowitz was raised in New Jersey(birthplace). Her nationality is American and ethnicity is White. Scorpio is her zodiac sign. She has a Jewish descent.

Fran was a poor student at an early age. She was poor in algebra and science however, she was good in English so she was sent to a psychologist after her SAT. She studied in a private girls' "Episcopalian school" in New Jersey.

She developed an obsessive love of reading to the point that she would surreptitiously read during class and neglect her homework. She has been an atheist since the age of 7. Fran was expelled from her high school and she earned GED.

She has been an atheist since the age of 7.

What has Fran Lebowitz done in her career life?

- As soon as Fran was forced to leave high school, she was hired by Andy Warhol as a columnist for Interview, followed by a stint at Mademoiselle. And in between those days, she worked many odd jobs. she later got involved with book writing and eventually wrote many noteworthy and famous books.

- In 1978, she published her first book entitled "Metropolitan Life" and her books contained collections of essays.

- In 1981, Lebowitz released her second book 'Social Studies', in 1995 "Mr. Chas and Lisa Sue Meet the Pandas", and in 2004, Fran Lebowitz published another book entitled "Tales From A Broad", which gave her huge popularity.

- Fran for more than twenty years has been famous in part for writing "Exterior Signs of Wealth", a long-overdue novel purportedly about rich people who want to be artists, and artists who want to be wealthy.

- In September 2007, Fran Lebowitz was named one of the year's most stylish women in "Vanity Fair's 68th Annual International Best-Dressed List", and she is known to sport tailored suits by the Savile Row tailor Anderson & Sheppard.

- Fran Lebowitz has made numerous television appearances as well. Her major appearance includes 'Late Night' with David Letterman. In 2001, Lebowitz was featured in the television show "Law and Order" where she appeared the recurring role of Judge Janice Goldberg until 2007.

- Fran Lebowitz returned on "The Late Show" with David Letterman on November 17, 2010, after sixteen years-long absence.

- Later on, November 2010, she made her presence on a documentary on HBO where she debuted through 'Public Speaking'. Her quotes are also very much famous among her fans.

How is Fran Lebowitz in her personal life?

Fran Lebowitz is a talented celebrity who defines herself as the "World's Greatest Daughter and a Great Friend", however, her sense of the lesbian relationships is somehow contrary. Though Fran is in her late 60's she hasn't got married yet as she prefers reading books over her girlfriend.

Fran was rumored to be dating Dave Allocca before in 1994 which flawlessly determined her characters as their relationship of lesbian flourished.

Despite being an openly lesbian, Fran is someone who is not in favor of gay marriage and does not think gay marriage as a central issue. Fran Lebowitz is a chain smoker since a young age and she is also widely known for the advocacy of smokers' rights.

Lebowitz keeps a huge interest in music and she attends several musical programs and musical festivals.

How Tall is Fran Lebowitz?

The 67 aged Fran Lebowitz has a height of approx. 5ft. 10 inch. She has a fair complexion with brown hair and hazel blue eyes. She has a well-maintained slim body.

What is Net Worth of Fran Lebowitz?

The famous celebrity Fran has an estimated net worth of around $4 million. She has her stints as public speakers and her books(essay) as her main source of income. Along, with money, she has also garnished a lot of fame and support. She has come the long way from being a school dropout to be a successful writer and author.