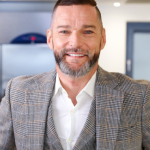 Fred Sirieix is a French maître d'hôtel who is renowned for his appearance on Channel 4's First Dates, and BBC Two's Million Pound Menu. He trained to work in front of a house in a Michelin-starred restaurant in France before working at La Tante Claire in London. Until 2019 he was the general manager of Michelin-starred restaurant Galvin at Windows at the London Hilton. As an author, he published two books, First Dates: The Art of Love in 2016, plus Secret Service: Lifting the Lid on the Restaurant World in 2017. Moreover, he is the founder of National Waiters Day, the training tool the Art of Service, and the Galvin Cup and Galvin's Chance charities. Besides this, he has been featured in an ITV show, with Gordon Ramsay and Gino D'Acampo, entitled Gordon, Gino, and Fred: Road Trip (2019), and Remarkable Places to Eat on BBC Two (2019).

What is Fred Siriex Famous For?

What is Fred Sirieix Nationality?

Fred Sirieix was born on 27th January 1972. He is from Limoges, France. He holds French nationality and his ethnicity is French-White. His fathers' name is Claude Sirieix whereas there are no details about his mother. His parents both worked in healthcare and he says they inspired him to work in the service industry: "The conversation around the dinner table was all about patient care. It was about making sure people had a good experience." He has a brother named Pierre Lao-Sirieix with whom he grew up. He took hotel training in a Michelin-starred restaurant. His present age is 50 as of 2022.

Who is Fred Sirieix Girlfriend?

Fred Sirieix is currently an engaged man. He got engaged to his Jamaican long-time girlfriend-turned-fiancée whose name is still a mystery. He shared the news of their engagement with an Instagram post in March 2020. The caption he choose to write was that fruitcake said Yes. Today, the couple is enjoying their life a lot and they are planning to get married soon. His sexual orientation is straight and he is not gay. 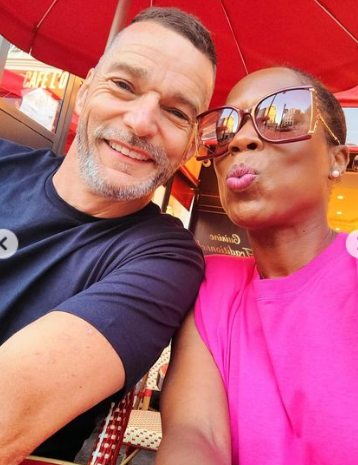 Previously, he was in a relationship with a woman named Alex for 12 years. They were also blessed with two children; Lucien and Andrea Spendolini-Sirieix. Their daughter, Andrea is a professional diver who was the winner of the BBC Young Sports Personality of the Year 2020. He was in the crowd to witness her win gold in the Women's 10m Platform at the 2022 Commonwealth Games in Birmingham. Sadly, they split due to some reason.

Fred Sirieix is the proudest dad once again after his daughter Andrea Spendolini-Sirieix has won yet another gold medal at the European Championships in Rome. Andrea, 17, is a champion diver and recently represented England in the Commonwealth Games, earning a gold medal. She’s continuing her winning streak, winning at the women’s 10m platform event at the European Championships in Rome – and scoring her first individual title. Fred, 50, was over the moon, sharing a string of photos of Andrea and writing: ‘Andrea just won 🥇 at the European Championships in Rome #diving #10m #platform #goAndrea. ‘Nail bitting [sic] stuff once again! What a great last dive! My little 🦆 has nerves of steel ❤️ Well done my love 👏🏻👏🏻👏🏻 we are so proud of you. You are an inspiration and a ray of sunshine x’. Andrea scored 76.80 for her final dive, with an incredible total of 333.60.

How much is Fred Sirieix Net Worth?

Fred Sirieix is a maître d'hôtel who has appeared in several TV shows. As of Forbes magazine, the net worth of Fred Sirieix is around $64 million. His salary is in millions of dollars. He is part of a clothing brand which is called Details. He is enjoying his lavish life a lot.

How tall is Fred Sirieix?

Fred Sirieix is a handsome man standing at the height of 5 feet 6 inches. His body weight consists of 62 Kg. His body type is athletic. He has dark brown (now grey) hair and his eye color is blue. He has a medium-length beard which suits him well. He has got a healthy body at present.