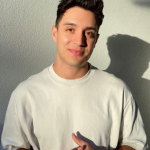 Gabriel Conte is an American actor, video content creator, YouTuber, and social media star from the USA who rose to prominence after he started making short, funny videos and skits on the app Vine. He was a regular and popular content creator on the phone app Vine, where he had over 1 million followers until it was shut down in 2016. He has more than 1.79 million subscribers on his YouTube channel and on Instagram with over 1.6 million followers. His videos are very collaborative, and he has worked with fellow social media stars like Louis Giordano. He started his online career in 2013 when he was in the seventh grade by posting his first video on Vine. He was hired as a model at a very young age. He was then hired as a model for Coca-Cola. Later, he started using the phone app Vine to his advantage, where he presented a number of skits and short videos. Moreover, he has also appeared in the 2017 psychological horror movie Like.Share.Follow. in the role of Carbonite. He appeared in an episode of the action series The Runner as himself in 2016. He has also featured on YouTube Red's comedy web series "Foursome" in 2016.

What is Gabriel Conte Famous For?

What is Gabriel Conte's Nationality?

Gabriel Conte was born on October 24, 1994, which makes him the present age of 27 as of 2022. He is from Florida, United States. As per his birthdate, his zodiac sign is Scorpio. He is American by nationality and his ethnicity is American-Latino. His sister Sofia appeared in some of his Vine videos; he also has a younger brother named Nico and an older brother named Claudio. He enrolled at Florida State University to pursue a Bachelor of Fine Arts in acting but dropped out to pursue his social media career.

Who is Gabriel Conte's Wife?

Gabriel Conte is a married man to his beautiful wife, Jess Conte. They got married in the year 2016. Professionally, Jess Conte is a YouTuber. They started the relationship online via a photo-sharing website. Jess then visited Gabriel in Los Angeles, U.S. from Australia. It remained a long distance for quite a while. After getting to know each other, they got happily married each other. Jess said she always wanted to marry an American.  In February 2022, the couple announced they are expecting their first child, a girl. They welcomed a daughter (Makaiah Lou Conte) in July 2022. With Jess, he has launched his own clothing line “Conteam”. The duo also has a dog named Milo Conte. They also released their EP, Under the Covers Vol. II. in 2017 which made it to the Billboard charts in the ‘Independent Albums’ category and ‘Heatseekers’ category. His sexual orientation is straight and he is not gay. 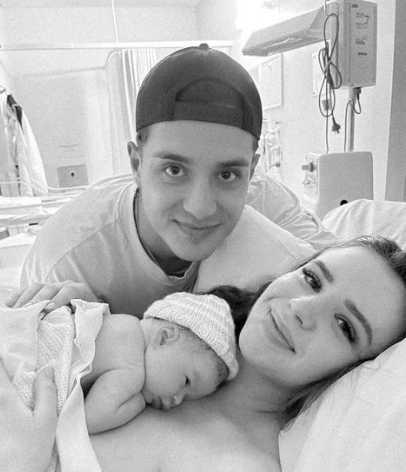 What is Gabriel Conte's Net Worth?

Gabriel Conte is a social media star and model who has accumulated a net worth of $1.5 Million as of 2022. His main source of wealth comes from his social media career. He has advertised on social media for George Men’s Clothing at Walmart in 2018. He was made the brand ambassador for the “No Kid Hungry” charity in 2016. Today, he is living a cool lifestyle from his earnings.

How tall is Gabriel Conte?

Gabriel Conte stands at the perfect height of 5'10" (178 cm). His body type is slim. His body weight consists of 71 KG. He has got a healthy body with a charming smile. His hair color is black and his eye color is dark brown.

Trivias About Gabriel Conte You Need To Know.