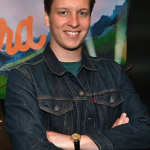 George Ezra is an English singer, songwriter, and guitarist who rose to prominence with the release of his hit single, "Budapest", which reached number one in several countries. He has released two EPs, Did You Hear the Rain? in November 2013 and Cassy O' in March 2014. His debut studio album, Wanted on Voyage, was released in June 2014, reaching number one in the UK and the top ten in seven other countries. It was also the third-best-selling album of 2014 in the UK. His second studio album, Staying at Tamara's, was released in March 2018 and reached number one in the UK and the top ten in eight other countries. His single, "Shotgun", reached number one, becoming Ezra's first chart-topping single in the UK, Ireland, and Australia. In February 2019, he won the Brit Award for British Male Solo Artist. He made his first TV show appearance on April 8, 2014, when he featured in an episode of the musical talk show Launched at Red Bull Studios. He then appeared on Vic & Bob's Big Night Out in 2018 on BBC Four. That same year he read the children's book Here Comes The Sun on Bedtime Hour on CBeebies. In April 2022 he appeared on Blue Peter performing a track from his third album, Gold Rush Kid. On 12 February 2018, Ezra released the first episode of his podcast George Ezra & Friends, a show that typically ranges from 45 minutes to an hour and a half during which he talks to other artists. The series began with guest Ed Sheeran on 12 February 2018. In January 2020, he released a podcast called "Phone a Friend" with his long-time friend Ollie MN, in which they talk about mental health and their daily lives. Recently, he has revealed that he has considered walking away from fame once his current tour ends and he celebrates his 30th birthday next year.

What is George Ezra Famous For?

Where is George Ezra From?

With the birth name of George Ezra Barnett, Ezra was born on June 07, 1993. His present age is 29 as of 2022. He is from Hertford, Hertfordshire, England, United Kingdom and he holds British nationality. His father, Paul Barnett is a teacher and his mother is also a teacher. He has two siblings; Jessica Barnett (Older Sister), and Ethan Barnett (Younger Brother) (Singer). He completed his schooling at Bengeo Primary School and Simon Balle School in Hertfordshire. In 2011, he moved to Bristol to study at the British and Irish Modern Music Institute. He had completed 1 year of the degree course there when he was signed by Columbia Records based on his music clips on the internet.

What is George Ezra Net Worth?

George Ezra is a talented singer who has released a number of albums and songs. As of 2022, the net worth of Ezra is estimated to have $20 Million (£15.2 million). His main source of wealth comes from the music industry. Moreover, he has served as an official ambassador for Mind, a mental health awareness charity. He has raised significant funds for them and supported many of their campaigns. He has also ventured into podcast-making, with his podcast George Ezra & Friends released in February 2018. His salary is around $1 Million at present. He is living a lavish lifestyle at present.

Who is George Ezra's Girlfriend?

George Ezra is not married yet and he is still to get married yet. He was in a relationship with his girlfriend, Florence Arnold since 2014. During an interview in April 2018, George admitted that he was in a relationship that had started a few months before his first album was released in 2014. He revealed that many romantic songs in his 2018 album, Staying at Tamara’s were inspired by how he fell in love with his girlfriend. Professionally, Florence is a singer/songwriter. George split from his girlfriend British singer Florrie in 2020. The two were residing together after moving into their London apartment. But now there are reliable reports which say that she has moved out of their London apartment. A source close to George told The Sun: "They split up a few months ago but it was amicable and they remain on good terms." "It's not been an easy time, especially with everything else going on in the world." "But George is keeping his head down and finding the positives in everything that has happened." Today, George is living a single life without any disturbances. His sexual orientaiton is straight. 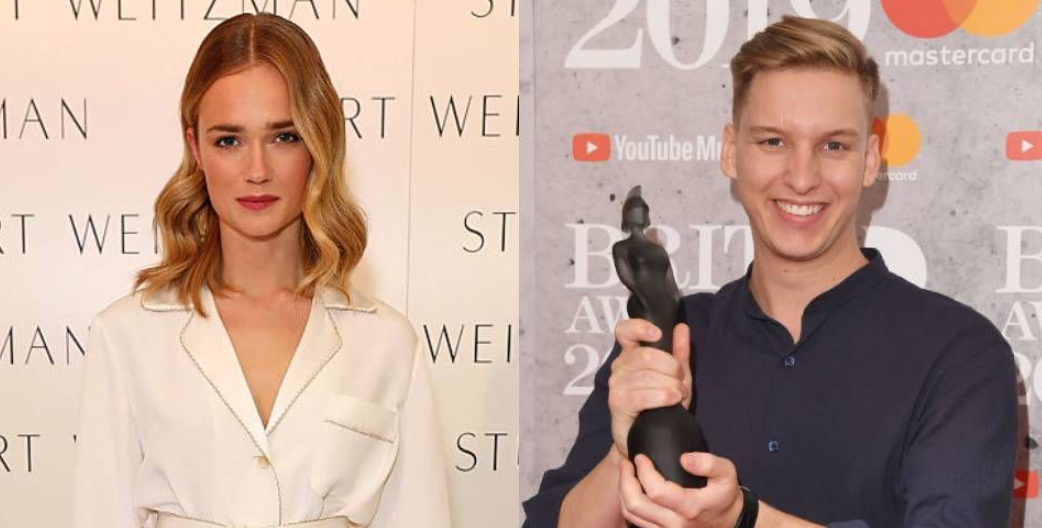 How tall is George Ezra?

George Ezra is a handsome singer with a slim body type. He stands at the perfect height of 6 ft 1 in or 185.5 cm and his bodyweight is 70 kg or 154.5 lbs. He has good health and he maintains his body a lot. His eye color is sky blue and his hair color is light brown. He has an inch-long scar above his right eyebrow. His shoe size is 11 (UK) or 12 (US) or 45 (EU). He has stated he suffers from Pure O, a form of obsessive-compulsive disorder that consists of obsessions and anxiety with purely mental, not physical, compulsions.