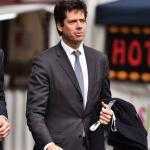 Gillon McLachlan is the Chief Executive Officer(CEO) of the Australian Football League(AFL) and a former Australian footballer. He was appointed as the CEO on 30th April 2014 officially.

What is Gillon McLachlan famous for?

-Famous as the Chief Executive Officer of Australian Football league(AFL) 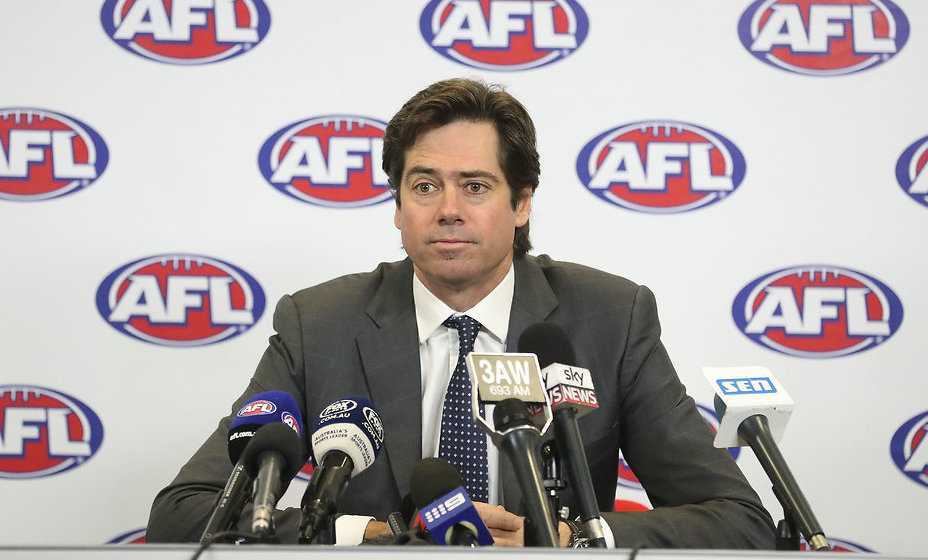 When was Gillon McLachlan born?

Gillon McLachlan was born on 1st January 1973 in Adelaide, Australia. His birth name is Gillon McLachlan. Australian is his nationality. His ethnicity is White. Capricorn is his zodiac sign.

He was born to Angus McLachlan(father) and Sylvia McLachlan(mother). He has three brothers: Hamish McLachlan, Banjo McLachlan, and Will McLachlan. His father was a former cricketer

He was raised in the family's farm 'Rosebank' in Mount Pleasant, South Australia along with his siblings. He attended St Peter's College, Adelaide. Since his childhood, he was interested in playing football.

How is Gillon McLachlan's career?

-Gillon McLachlan began his football career by playing football for Pleasant Valley Club in the Hills Football League competition. He has also played with Melbourne University Blues in the Victorian Amateur Football Association.

-He became the captain of Melbourne University Blues from 2000-2002. He was also on the Carlton Football Club supplementary list from 1996 to 1997 and has represented Victoria in polo.

-In the year 2003, he got appointed as General Manager of Commercial Operations and was appointed as Chief Operating Officer in 2008.

-He was appointed as Deputy CEO of Andrew Demetriou(former CEO of AFL) in December 2012.

-He rejected the CEO positions at the National Rugby League and Liverpool FC.

-In the year 2013, he supervised the AFL's investigation into the Melbourne Football club tanking scandal and the negotiations with Essendon Football Club supplements controversy.

-He was also appointed as Patron for the Children's Cancer Foundation. He stated: "Australian football is built on the community".

-On 30th April 2014, he was appointed as the new CEO of AFL replacing Andrew Demetriou by the AFL chairman Mike Fitzpatrick.

Who is Gillon Mclachlan married to?

Gilon Mclachlan is married to Laura Blythe(Daughter of Spotless Chairman Brain Blythe). The couple first met at Trinity College, where Gillon was pursuing a bachelors degree and soon fell in love.

The couple is blessed with four children: a son Sydney Mclachlan and three daughters Baby Luna, Edie and Cleo McLachlan. Eddie is the eldest child while Baby Luna is the youngest.

What is the net worth of Gillon Mclachlan?

The present CEO of AFL, Gilon Mclachlan has an estimated net worth of $18 Million USD. He has good earning from his profession as CEO.

He managed to raise his salary banked with $1.74 million.

How tall is Gillon Mclachlan?

The 46 years aged, Mclachlan has an average body build. He has fair complexion with brown hair and grey eyes.