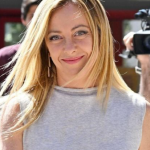 Giorgia Meloni is a politician and journalist from Italy who is known for being the leader of the national-conservative party Brothers of Italy since 2014 and the president of the European Conservatives and Reformists Party since 2020. She has been a member of the Chamber of Deputies of Italy since 2006. She was elected to the Italian Chamber of Deputies in the 2006 general election. She served as Minister of Youth in Silvio Berlusconi's fourth government (2008-2011) and was president of Young Action first and then of Young Italy, the youth sections of National Alliance and People of Freedom respectively. Before her career in politics, she worked as a nanny, waitress, and bartender.

What is Giorgia Meloni Famous For?

What is Giorgia Meloni Nationality?

Giorgia Meloni was born on 15th January 1977 in Rome, Italy. She holds Italian nationality and her ethnicity is mixed as her father came from Sardinia and her mother came from Sicily; her father, a tax advisor, left his family when Giorgia Meloni was eleven years old. She spent her early childhood in the district of Garbatella with her sister. Her present age is 45 as of 2022.

At the age of 15, Meloni joined the Youth Front, the youth wing of the national conservative Italian Social Movement (MSI). During the years, she also founded the student coordination Gli Antenati (The Ancestors), which took part in the protest against the public education reform promoted by minister Rosa Russo Iervolino. In the year 1996, she became the national leader of Student Action, the student movement of the National Alliance, the right-wing heir of the MSI, representing this movement in the Student Associations Forum established by the Italian Ministry of Education. In the same year, she earned a diploma from the Amerigo Vespucci Institute. She also worked as a nanny, waitress, and bartender at the Piper Club, one of the most famous nightclubs in Rome during her initial career work. She then obtained her high school diploma in languages at the Institute "Amerigo Vespucci" of Rome, with a final mark of 60/60. In the year 1998, after winning the primary election, she was elected as a member of the Province of Rome, holding this position until 2002. In the year 2000, she was elected national director and in 2004 was the first woman president of Youth Action, the party's youth wing. 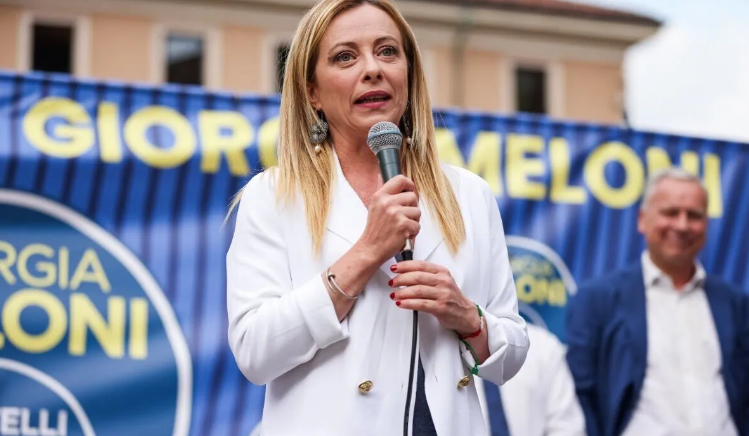 Who is Giorgia Meloni's Husband?

Giorgia Meloni is a married woman. She tied a knot with her husband, Andrea Giambruno. Professionally, Andrea is a TV journalist. During her participation in Family Day, she announced that she was pregnant; her daughter Ginevra was born on 16 September 2016. The happily married couple is enjoying their present life a lot.

How much is Giorgia Meloni's Net Worth?

Giorgia Meloni is a renowned politician who has made a cool amount of money from her work. The net worth of Giorgia Meloni is estimated to have around $5 Million as of 2022. Her main source of wealth comes from political work. Her salary is in thousand of dollars at present. She is living a cool lifestyle from her earnings.

How tall is Giorgia Meloni?

Giorgia Meloni is a beautiful woman witht he standing height of 5 feet 8 inches. Her body weight consists of 65 KG. Her body measurement is 34-25-37 in. Her hair color is blonde and her eye color is gray.

Trivias About Giorgia Meloni You Need To Know.