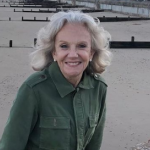 Hayley Catherine Rose Vivien Mills, professionally known as Hayley Mills is an English actress who is well recognized for playing the role of teen twins in "The Parent Trap". She is also known for receiving a BAFTA Award for Most Promising Newcomer for her performance in the 1959 film "Tiger Bay". Hayley was discovered by J. Lee Thompson at the age of 12. She started performing in theatrical plays in the mid-1960s, making her stage debut in a 1966 West End revival of "Peter Pan". She also became involved with the International Society for Krishna Consciousness and wrote a preface for their vegetarian cookbook in 1986. Additionally, she starred as Connie in the 2022 TV series "Compulsion".

Where is Hayley Mills from?

Hayley Mills was born on 18th April 1946 with the real name of Hayley Catherine Rose Vivien Mills in Marylebone, London, England. She is British by nationality and British-white by ethnicity. Similarly, her religious belief is in the Christian religion and her race is white. Hayley celebrated her 76th birthday in 2022 and as per her birthdate, her star sign is Aries. Her father, Sir John Mills was an actor, and her mother, Mary Hayley Bell was also an actress as well as a writer. She also has a younger sister named Juliet Mills who is an actress too.

Who is Hayley Mills married to?

Hayley Mills is a married woman. She is in a romantic relationship with an actor and writer Firdous Bamji, who is 20 years her junior. The pair is dating one another since 1997 and their love life is excellent till now. Previously, Hayley was married to 53-year-old director Roy Boulting when Mills was 20 years old. They gave birth to a son, Crispian Mills who is the lead singer and guitarist for the raga rock band Kula Shaker. The couple divorced in 1977. Then Mills dated actor Leigh Lawson with whom she is blessed with a second son, Jason Lawson, born in July 1976. She and Lawson split up in the early 1980s. Concerning her sexual orientation, she is straight.

How much is Hayley Mills' net worth?

Hayley Mills is a versatile woman who has a net worth of $5 million as of 2022 whereas she also earns a handsome amount of salary which is around thousands of dollars per year. She has been in the film industry for quite a long time and she has no doubt amassed a huge fortune with the bulk of her wealth coming from her professional acting career. Besides, she is also a trustee of the children's arts charity Anno's Africa.

How tall is Hayley Mills?

Hayley Mills is 5 feet 3 inches (1.63 m) and her body weighs around 63 kg (138 lbs). She has attractive blonde hair and dark brown eyes color. She has a slim body build with 36-25-36 inches of body measurements. Moreover, Mills was diagnosed with breast cancer in April 2008 and had surgery and started, but quickly abandoned, chemotherapy after only three sessions because of the severity of the side effects. Mills credits her survival to the alternative treatments she used and told Good Housekeeping magazine in January 2012 that she had fully recovered.