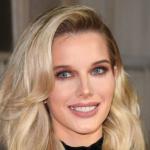 Helen Flanagan is an English actress and model who is well known for the portrayal of the role of Rosie Webster in the ITV soap opera "Coronation Street". She played the role for over 12 years from 2000 to 2012 and later reprised her role from 2017-2018 as well. She has also appeared as a contestant in the TV series "I'm a Celebrity...Get Me Out of Here!" in 2012 which she finished in the 7th position.

Flanagan has also garnered recognition for being the fiance of Preston North End winger Scott Sinclair with whom she is expecting their third child as they already share two daughters together. She announced the big news sharing a series of family photos along with the ultrasound photos of their future baby on September 21, 2020, via her Instagram: @hjgflanagan which has over 947k followers.

What is Helen Flanagan famous for? 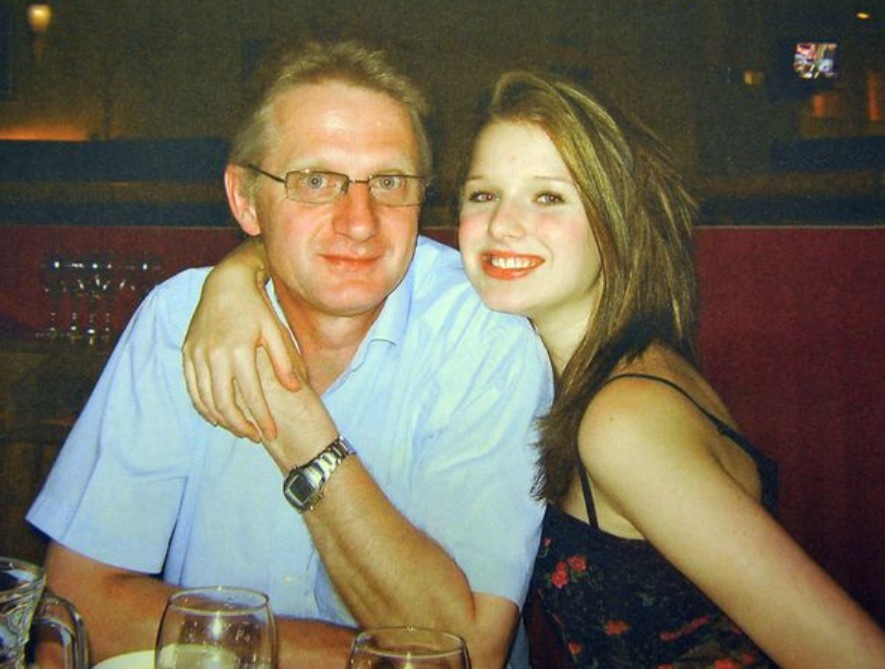 Where is Helen Flanagan from?

Helen Flanagan was born on August 7, 1990, in Bury, Greater Manchester, England. Her birth name is Helen Joyce Gabriel Flanagan. British is her nationality. Her ethnicity is White while Leo is her zodiac sign. She is of Roman Catholic descent.

She was born to Paul Flanagan(father) and Julia Flanagan(mother). Both of her parents are Roman Catholic. She has two sisters, Jane and Jessica Flanagan. Her only brother is Tom Flanagan.

She was raised in Lancashire, England along with her siblings. Since her childhood, she was interested in acting. She also took acting and music classes. She did her schooling from Westholme School. While in high school, she also participated in school dramas. Then, she wanted to pursue her career as an actress and her parents supported her. Later, her family moved to London. 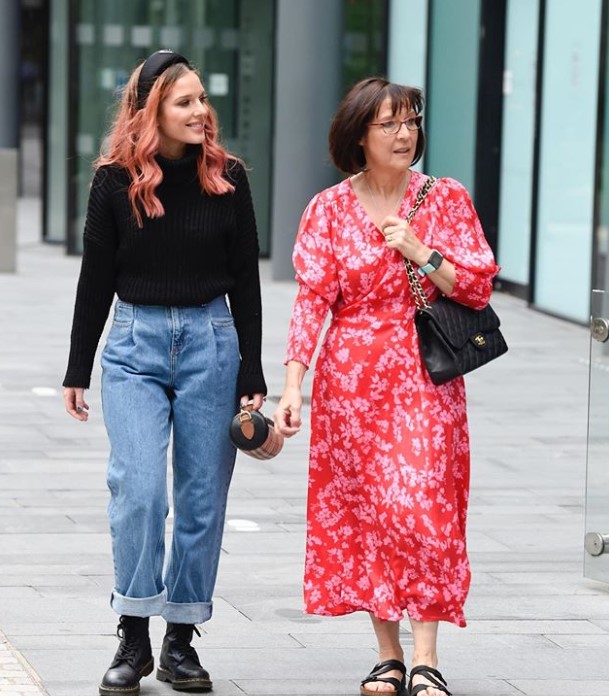 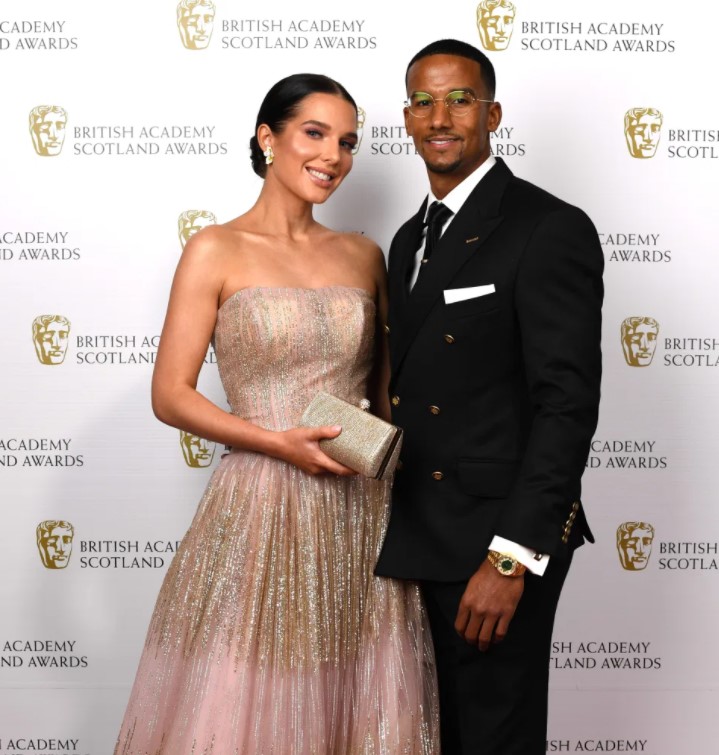 Who is Helen Flanagan's Husband?

The British actress, Helen Flanagan is not married yet however, she is currently engaged to Scott Sinclair. Sinclair is an English professional footballer who currently plays as a winger for Championship club "Preston North End".

The couple started dating each other in 2009 and finally got engaged on May 31, 2018. The couple is blessed with two daughters, Matilda Jessica Sinclair(born 2015) and Delilah Ruby Sinclar(2018), and is about to fill up the family with their third child to be born in March 2021.

The couple announced expecting their third child together via Instagram on Monday night, September 21, 2020, sharing a series of family photos which included photographs of herself along with her fiance Sinclair and their daughters. The photo was incomplete without the ultrasound photos of their future baby with a caption, "Our 3rd baby arriving March 2021".

At present, she is living a happy life with her family in Prestbury, Chesire. Furthermore, their house in Prestbury, Cheshire was robbed by the thieves in June 2013 at night when Sinclair was alone at the home. The thieves escaped with a mobile phone and items of jewelry. 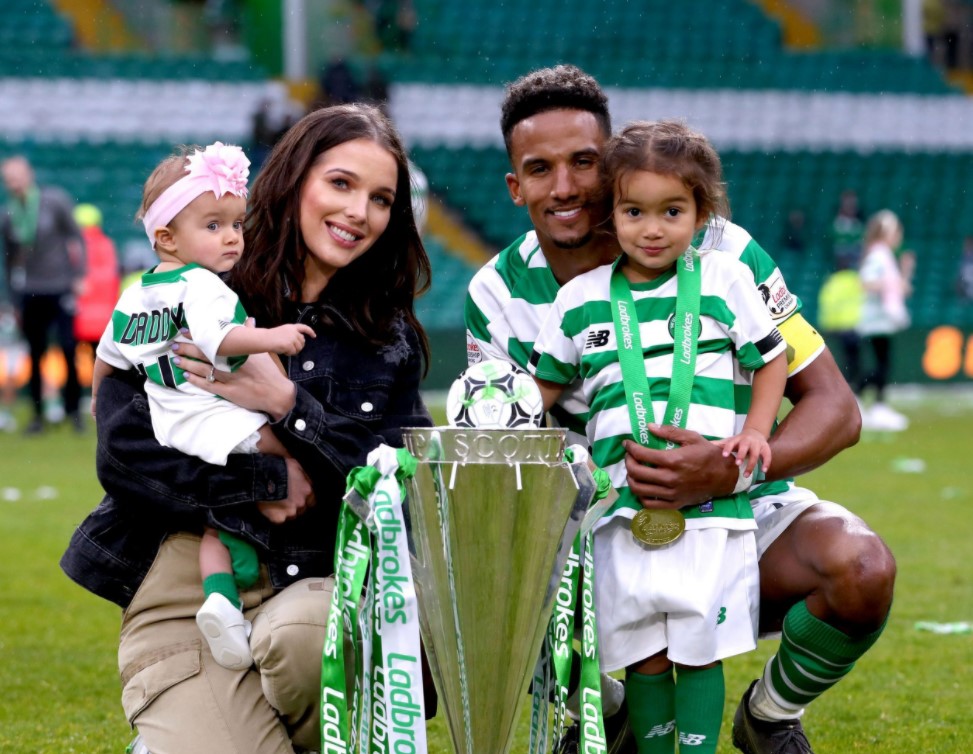 The British actress and model, Helen Flanagan has earned a good amount of money from her profession since debuting in 2000. She has an estimated net worth of $3 million as of 2020. Her net worth includes all her property and her present earnings. She also earns from her endorsement deals with many brands. At present, she is living a luxurious lifestyle with earnings.

The 30 years aged, Helen Flanagan has a well-maintained slim body. She has managed to win several hearts with her dwelling and sparkling blue eyes. She has a fair complexion with brown hair. She stands at a height of 5ft 4inches and has a bodyweight of 56kg. Her body measurement is 37-25-36 inches. She wears the shoe of size 7(US). Her dress size is 6(US).