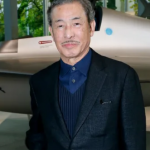 Issey Miyake was a legendary Japanese fashion designer who was known for his technology-driven clothing designs, exhibitions, and fragrances, such as L'eau d'Issey, which became his best-known product. He is the recipient of prestigious awards like the Kyoto Prize and is the founder of Japan's first design museum, 21 21 Design Sight. He designed the black turtleneck which became a key part of Apple co-founder Steve Jobs' signature look. He was recognized as the Prince of Pleats for his iconic bold styles.

How did Issey Miyake die?

Issey Miyake, an iconic Japanese fashion designer died of liver cancer on 5 August 2022, at the age of 84; his office confirmed. A funeral service has already been held with his family and close friends, his office said, adding that a memorial ceremony will not be held, in line with the designer's wishes. He was known to work with traditional and modern fashion techniques during his long career. He dies at his home.

What was Issey Miyake Known For?

Where was Issey Miyake From?

Born on 22 April 1938, Issey Miyake was from Hiroshima, Japan, where, at age of 7, he was exposed to the U.S. atomic bombing in August 1945. He did not reveal his experiences until 2009 when then U.S. President Barack Obama advocated for a world free of nuclear arms. He held Japanese nationality and his ethnicity was Japanese-Asian. For the last time, he celebrated her 84th birthday as of 2022. As per his birthdate, his zodiac sign was Taurus. His mother died from radiation exposure three years after the attacks on Hiroshima. As a child, he wanted to become a dancer. His interest in fashion started by studying his sister's fashion magazines.  He studied graphic design at the Tama Art University in Tokyo, graduating in 1964. He entered designs into a fashion competition at the Bunka Fashion College in Tokyo. After his graduation, he enrolled in the Chambre Syndicale de la couture Parisienne school in Paris and was apprenticed to Guy Laroche as an assistant designer. Moreover, he worked with Hubert de Givenchy, drawing 50 to 100 sketches daily. In 1969, he moved to New York City, and there, he met artists like Christo and Robert Rauschenberg. He was enrolled in English classes at Columbia University and worked on Seventh Avenue for designer Geoffrey Beene. After he returned to Tokyo, he founded the Miyake Design Studio, a high-end producer of women's fashion. 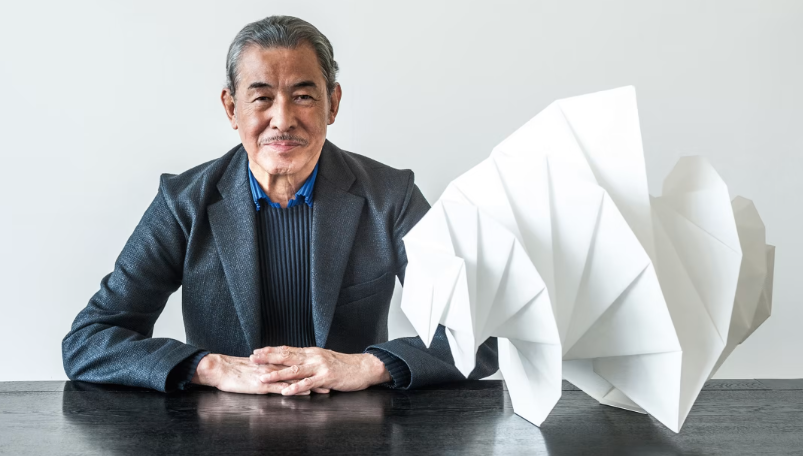 Who was Issey Miyake Wife?

Issey Miyake was a married man but he had kept his personal life very secretive till his death. He had not stated anything about his spouse and kids' details to the media. However, the family was living a happy life before the demise of Issey. His sexual orientation was straight and he was not gay.

What was Issey Miyake Net Worth?

Issey Miyake was a professional fashion designer. The net worth of Issey Miyake is estimated to have between $80 Million - $85 Million as of 2022. Her salary was in millions of dollars. He was living a lavish lifestyle from his earnings. His main source of wealth was from fashion designing career.

How tall was Issey Miyake?

Issey Miyake was a handsome man who stood at the height of 1.80 m or 5 feet 7 inches. His bodyweight consisted of 75 Kg or 165 lbs. He had a pair of black eyes and his hair color was salt and pepper.