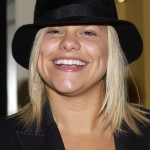 Jade Goody was a British TV personality who rose to fame in 2002 when she appeared on the third series of the Channel 4 reality show "Big Brother". She also gained fame for her ignorance of general knowledge, with British tabloids vilifying and mocking her. Later, she made headlines again for her role in "Celebrity Big Brother", and for the racial abuse that she and other housemates leveled on fellow contestant Shilpa Shetty. She appeared on the Indian version of Big Brother called Big Boss but left the show early and returned to the UK after finding out that she had cervical cancer. She then went on to star in her own television programs after her eviction from the show, which in turn led to her launching a variety of products under her own name. She once worked as a dental nurse before pursuing a career in entertainment. She died of cancer while sleeping at her home in Essex, England. By February 2009, cancer had metastasized and she was terminally ill. She married fellow Celebrity Big Brother contestant Jack Tweed on 22 February 2009 and died one month later, in the early hours of 22 March 2009, at age 27.

How did Jade Goody from Big Brother died?

Goody died in her sleep at her home in Upshire, Essex in the early hours of 22 March 2009. She dies at the age of 27. Her death cause was cervical cancer. Her reported time of death varies by source. Her mother, husband, and family friend Kevin Adams were at her bedside when she died. Her funeral service took place at noon on 4 April at St John's Anglican Church in Buckhurst Hill, Essex, and she was buried in her wedding dress later that day near her home in Epping Forest. The funeral cortège included a Bentley. Her sons did not attend the funeral. Thousands of mourners followed the funeral service on large screens outside the church. It was broadcast live on Sky News, which followed the service from outside since Goody had wanted a private ceremony for friends and family.

Goody had a number of health scares during the 2000s. In 2002 (shortly before her Big Brother 3 appearance) a cervical smear test revealed abnormal cells, a possible indicator of cancer. She was tested for iridocyclitis in 2004 and bowel cancer in 2006, with negative results for each. Just 15 when she contracted the HPV virus, Jade Goody had multiple surgeries to remove the dead cells from her body, but they kept recurring, even after the birth of her second son in 2004. Despite repeated cancer screenings in 2004 and 2006, her doctors could not diagnose her with a disease, even after she miscarried Jack Tweed's baby at just 12 weeks, in June 2007. Later tests would reveal she was suffering from cancer at that time. Her cancer diagnosis came in August 2008, but it was too late by then. She had already had cancer for almost two years by then. Surgeries conducted showed that cancer had progressed rapidly, reducing her chances of survival. On 1 September 2008, it was reported that Goody's cancer was "advanced and life-threatening" and she would have surgery followed by chemotherapy. Doctors gave her a 65 percent chance of survival. Further tests and a radical hysterectomy "went well", according to her publicist, and Goody began chemotherapy and radiotherapy. In an interview with Irish broadcaster RTÉ, Goody said she had begun planning her funeral, was losing her hair, and had decided not to explain her illness to her children, aged 4 and 5 at the time. On 4 February 2009, Goody's publicist, Max Clifford, confirmed that her cancer had spread to her liver, bowel, and groin. A previous 40 percent chance of survival was withdrawn, and she began treatment to prolong her life. On 7 February, Clifford reported that Goody had emergency surgery in London to remove a tumor on her bowel. On 14 February, Clifford confirmed media reports that doctors at the Royal Marsden Hospital in London had classified her cancer as terminal; she could die within weeks, and at best was unlikely to survive more than a few months: "She was informed yesterday that tragically, she's terminally ill. She was obviously devastated." After a painful battle with cancer, Jade Goody died on 22 March 2009. Her death did result in increased awareness about cervical cancer, and inquiries into it from a large number of women.

Who are the Parents of Jade Goody?

Jade Goody took birth on 5 June 1981 in the Bermondsey district of London, England. Her birth name was Jade Cerisa Lorraine Goody. She held British nationality and her ethnicity was Mixed. She was the daughter of English mother Jackiey Budden (born 1957) and English-Jamaican father Andrew Goody (1963–2005). Her paternal grandfather, Winston Coyne, was from the West Indies and emigrated to the United Kingdom in 1956. Supporters of the far-right National Front (NF) verbally abused Goody's father. Her mother was a drug addict and her father was a pimp. Her father suffered from substance dependence and had a criminal history, including a four-year term for robbery. He and Budden separated when Goody was two; estranged from his daughter while Budden raised her, he died of a drug overdose in Bournemouth in August 2005. At the age of five, she made an uncredited appearance as a primary school student in the 1986 television film "London's Burning". She lastly celebrated her 27th birthday.

How was the career of Jade Goody?

With whom Jady Goody was married?

Jade Goody was a married man. She tied a knot with her husband, Jack Tweed. In 2006, she began a relationship with Jack Tweed, who appeared with her on Celebrity Big Brother. In June 2007, she had a miscarriage. After allegations of Tweed's infidelity, they broke up, later reconciling. Tweed lived with Goody and her children in Buckhurst Hill, Essex, until his imprisonment for a December 2006 assault on a 16-year-old boy. He served four months of an 18-month sentence before his release on 27 January 2009, with electronic monitoring and a curfew. They exchanged rings on 15th February in a private, informal ceremony on the banks of the River Thames, and they married on 22 February at Down Hall country house. She wore a £3,500 Manuel Mota dress, a gift from Harrods owner Mohamed Al-Fayed. The couple signed an exclusive £700,000 deal with OK! magazine for photographs of the ceremony, and Tweed was exempted from his curfew for 22 and 23 February. She had two sons during her 2002 to 2004 relationship with television presenter Jeff Brazier; Bobby, who was born in June 2003, and Freddy, who was born in September 2004. On 22 July 2022 BBC News reported that her son, Bobby Brazier, would join the cast of EastEnders as the character Freddie Slater, making his debut in the autumn. Her sexual orientation was straight. 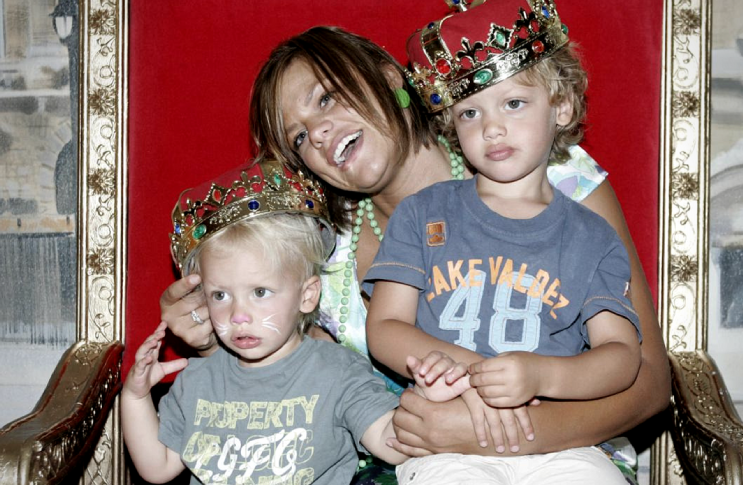 How much did Jade Goody leave in her will?

Jade Goody was a successful TV personality whose net worth was estimated to have between $5 Million - $10 Million at the time of her death. She made a huge sum of money appearing in several TV shows especially, "Big Brother". In mid-2008, she appeared on Bigg Boss 2, the Indian version of Big Brother, at a rumored salary of £100,000. There are no exact details about her salary and career earnings. Her main source of wealth was from the entertainment industry. She was living a cool lifestyle prior to her demise. She has left £3 million of her wealth to her young sons Freddie, 6, and Bobby,5, it has been revealed in her will, nearly a year after she passed away last Mother's Day.

How tall was Jade Goody?

Jade Goody was a beautiful woman with a standing height of 5 feet 6 inches or 1.68 m. Her body weight measured 58 KG or 128 lbs. She had a pair of blue eyes and her hair color was dark brown. She wore a shoe size of 9.5 US.

Trivias About Jade Goody You Need To Know.