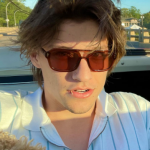 Jacob Hurley Bongiovi, excellently known as Jake Bongiovi is an American social media personality. He is a young man who is on the way to making his career in the industry. He is well recognized for being the son of singer Jon Bon Jovi. In 2020, he graduated from Pennington High School, where he played on the football team. Bongiovi also starred to be famous because of his teen girlfriend named Millie Bobby Brown and he is two years older than his rumored girlfriend. Being a social media influencer, he has gained a nice fanbase in his social media as he has earned more than 330k followers with 21 posts on his Instagram.

Who are the Parents of Jake Bongiovi?

Jake Bongiovi took birth on 7th May 2002 with the real name of Jacob Hurley Bongiovi in the United States. He is of American nationality and came from a mixed ethnic background as he is of Italian-Sicilian, Slovak, Polish, and Swiss-German descent on his father's side. Likewise, his religion is Christian and his race is white. Jake's present age is 19 which he celebrated back in 2021 and as per his birthdate, his star sign is Taurus. He is the son of famous personalities of the industry- Jon Bon Jovi (father) and Dorothea Hurley (mother). Jon Bon Jovi is better known for being the founder of the rock band Bon Jovi which he formed in 1983. Jake is the youngest of all the children born to his parents and has two older brothers named Romeo Jon Bongiovi and Stephanie Rose Bongiovi and one older sister Jesse Bongiovi.

Everything To Know About Jon Bon Jovi

Currently, Jake is studying at Syracuse University in New York. Jake announced his acceptance by the University on Instagram in February 2020. 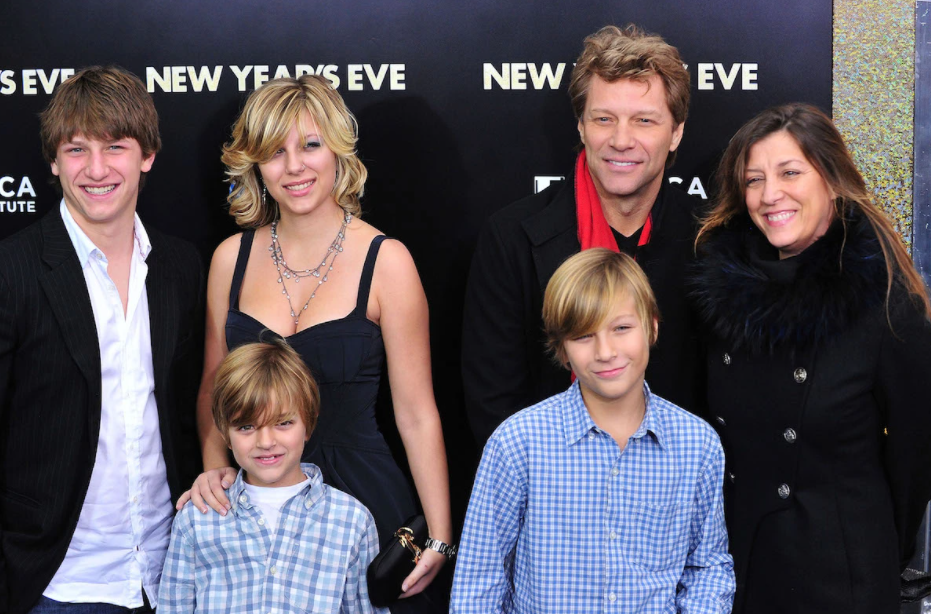 Who is Jake Bongiovi Dating?

Jake Bongiovi is an unmarried man. He was once spotted with his rumored girlfriend Millie Bobby Brown on a shopping spree. The couple first got linked to each other back in June when Jake called his girlfriend Brown as BFF on Instagram while posting a picture of themselves. The two got snapped inside the car and reciprocated each other's pictures with the same caption on each other's Instagram timeline. The pair have released a lot of their pictures showing the rumors in the industry about their relationship. Furthermore, talking about Jake's sexual orientation, he is straight. 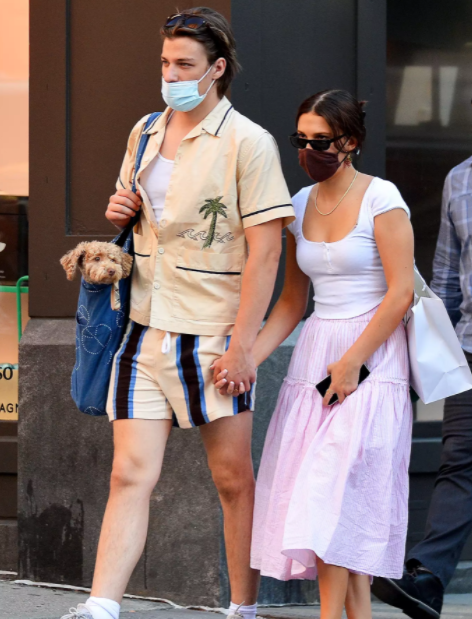 Furthermore, Millie celebrated the milestone with Jake Bongiovi and friends the night before in London, hitting up the Cirque Le Soir nightclub and the Windmill club, Mail Online reported. On Saturday, both Millie and Jake posted an Instagram selfie of themselves showcasing coordinated styles inspired by Barbie. Jake sported bleached blonde hair lightened from his dirty blonde locks and the brunette actress wore a long wig of the same light color. Millie wore a colorful, corset-style floral Annie's Ibiza dress while he rocked a brown and white floral collared shirt.

What is the Net Worth of Jake Bongiovi?

Jake Bongiovi has a net worth of around $500,000 as of 2022 whereas he also earns a fine amount of salary which is also in thousands of dollars per year. In his short professional time also, he has established himself an identity already. With his calm and easy-going personality, Jake is expected to get more popular in the coming years, and we can expect him to climb the ladders of success in the television industry. In addition, his major source of income is his social media personality career. 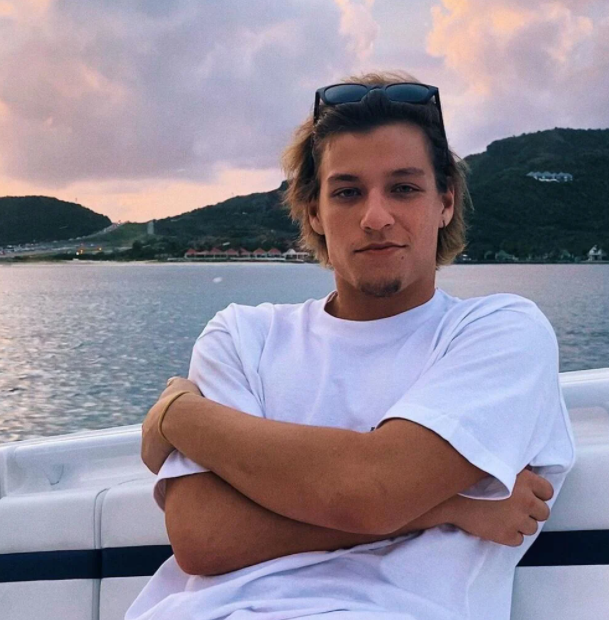 How tall is Jake Bongiovi?

Jake Bongiovi is a handsome man who is 5 ft 8 in or 173 cm tall and his body weighs around 65 kg or 143.5 lbs. He has good-looking light brown hair and blue eyes color. His physique combined with his perfect height and masculine look takes him to the top of the desired list in the young gen women. Moreover, Jake's body build type is average with 44-32-38 inches of body measurement.

Trivias About Jake Bongiovi You Need To Know.