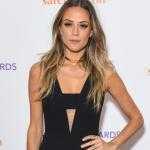 Jana Kramer is an American country music singer and actress. Her birth name is Jana Rae Kramer. She is known for her role as Alex Dupre on the television series, One Tree Hill. She pursued her musical career in 2012. She has released 2 albums, Jana Kramer, and Thirty One, which includes hit singles such as "Why Ya Wanna" and "I Got the Boy". She also competed on the 23rd season of Dancing with the Star, where she finished in the fourth place. She won ACM Top New Female Artist Award in 2013. She has over 1.7 million followers on her Instagram.

Jana Kramer Is Fighting Her Husband's Sex Addiction Together

The 35-year old Kramer opened up on her Monday episode of her "Whine Down" podcast that she wanted to work on it till the end.

Her former footballer tight end also opened up that he is sober from his addiction and worked hard for it. He told, "It's been a combination of meditation, 12-Step meetings, therapy. I have a weekly men's group that I got to. We all kind of keep each other in check. Just trying to be as honest as I can with Jana and with the people in my support system. Those are just things that I do that keep me in my right mind and keep me sober and keep me healthy".

The couple has 2 children, a son, and a daughter together and they exchanged their vows twice, once in May 2015, and again in December 2017. In the mid-2016, they separated due to her husband cheating and sex addiction relapse.

What is Jana Kramer Famous For?

Where was Jana Kramer born?

Jana Kramer was born on 2 December 1983. Her birth name is Jana Rae Kramer. She was born to a father, Martin Kramer, and a mother, Nora Kramer. Her birthplace in Rochester Hills, Michigan in the United States. She holds American nationality. Her zodiac sign is Sagittarius. She has a brother named Steve.

She made her acting debut in the low-budget independent horror film, Dead/Undead in 2002.

She had small roles in films, Return of the Living Dead: Necropolis, Click, Prom Night, Heart of the Country, Country Crush, Spring Breakdown, Approaching Midnight, Support the Girls among others.

She made her television debut in the guest role on All My Children in 2003.

She appeared in recurring roles as Noelle Davenport in Friday night Lights in 2007.

She earned wider recognition after she appeared as Alex Dupre on WB television drama series, One Tree Hill between 2009 and 2012. She made her final appearance in the second episode of the ninth season. The show has 10 seasons in total.

She also appeared in small roles in CSI: NY, Can You Duet, Grey's Anatomy, Private Practice, Entourage, and Dance Moms.

She appeared in television films, Country Crush, Love at First Bark, and Christmas in Mississippi.

She competed on the 23rd season of Dancing with the Stars in 2016. She partnered with professional dancer, Gleb Savchenko and reached the final, where they finished in 4th place.

She announced in March 2012 that she would not appear regularly in the show's ninth and final season in order to pursue her music career.

She signed a recording contract with Elektra Records in February 2011.

She released her another promo track, "Whiskey" in April 2011. It reached at number 99 on the Billboard Hot 100 chart.

She released her official debut single, "Why Ya Wanna" in January 2012. It peaked at number 52 on the US Billboard Hot 100 and number 3 on the Billboard Hot Country Songs chart.

She released her self-titled debut album, Jana Kramer in June 2012.

She opened for Blake Shelton on his Ten Times Crazier Tour in Virginia Beach, VA in July 2013.

She released her second album, Thirty-One in 2015.

Who is Jana Kramer Married to? 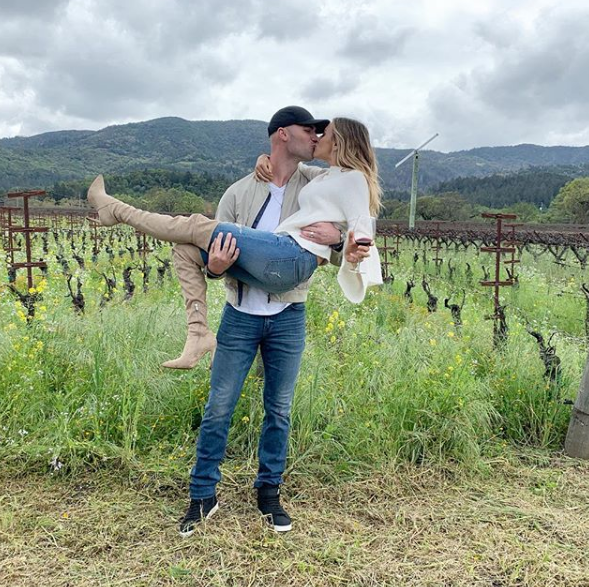 Jana Kramer is a married woman. She is married to American former football player, Mike Caussin. The couple met each other on Twitter. They started dating in August 2014. Four months later, on her 31st birthday, on 2 December 2014, the couple got engaged to each other. They tied a knot to each other on 22 May 2015. She gave birth to their first child, a daughter, Jolie Rae Caussin on 31 January 2016. They separated in mid-2016 in the midst of Caussin's cheating and admission into rehab for sex addiction. He allegedly cheated on his wife due to his addiction to sex. He checked into rehab to overcome his addiction. The couple reconciled in 2017. They also renewed their wedding vows in December 2017. She gave birth to their second child, a son, Jace Joseph Caussin on 29 November 2018.

She was previously married twice. She married Michael Gambino in 2004. They got divorced in the same year.

She also married Johnathon Schaech. They got married in July 2010 and got divorced a year later in June 2011.

She also dated country music singer Brantley Gilbert. They met at the 2012 CMT Music Awards in June 2012. They got engaged in January 2013 and split in August 2013. 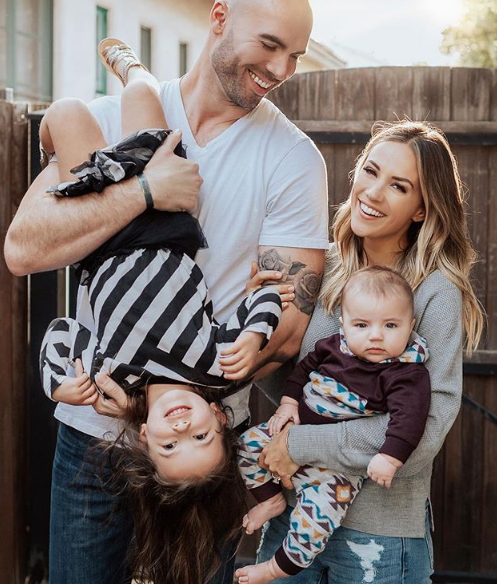 What are Jana Kramer's Body Measurements?

What is Jana Kramer's Net Worth?

Jana Kramer is an actress and singer. She has appeared in numerous films and television series. She has also ventured her career in music and has released two albums to date. She has appeared in a series of nationwide insurance commercials. She also appeared in print ads for Pure Silk shave cream for legs. Her major income comes from working in the entertainment industry. Her net worth is estimated at $2 million.